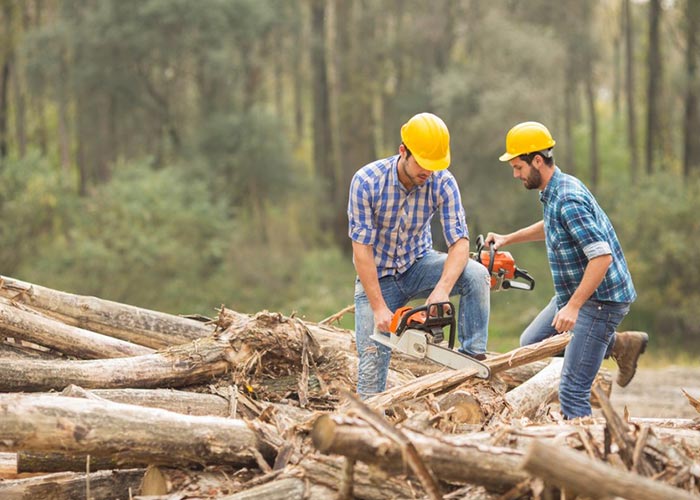 Some planets in the Earth’s solar system are too hot and some are too cold. The temperature of the Earth is very conducive for life, because there is a proper environment created by greenhouse gases all around the Earth, which protect the Earth by covering it. The Earth is called a blue planet because of the presence of water due to which there is a continuous flow of life on this planet. The ocean accounts for more than 70 percent of the entire Earth. It has a very important role in the preservation of all the living beings of the Earth. But due to global warming, the existence of the ocean which is the basis of life for the creatures of Earth is under threat.

Due to human activities over the last hundred years, the balance of environment on Earth has been threatened. Forests are being destroyed to meet the basic needs of human beings. There is turmoil in the environment, which is manifesting itself in the form of global warming. The temperature of the Earth is gradually rising to threatening proportions. Global warming has led to widespread adverse climatic changes. It can lead to very dire consequences in the future. This danger is so widespread and profound that the nations are now contemplating to find a solution to it. But before arriving at any possible solutions, it is very important to understand the causes of global warming.

Every day there is a very large amount of solar radiation on the Earth. According to NASA, 30% radiation goes back into space after collision with dust particles, ice, snow, and others. The remaining 70% radiation is absorbed by the Earth’s surface, the oceans and the atmosphere. As soon as they become warm, they start releasing heat which moves into space. Due to this exchange of radiation, the atmosphere on Earth is suitable for living organisms, and the average temperature of Earth remains at 15 ° C. The atmosphere of the Earth remains warm by the exchange of energy from the origin and output of this radiation.

The gases which have the potential to absorb a large amount of thermal infrared radiation are called greenhouse gases (GHG) such as carbon dioxide (CO2) , water vapour (H2O), nitrous oxide (N2O), methane (CH4), and tropospheric ozone (O3). These gases function like a blanket and absorb infrared radiation.

But excessive increase in the amount of these gases has resulted in the rise in the Earth’s average temperature. The Industrial Revolution since the last two hundred years has increased greenhouse gases especially carbon dioxide in large quantities in the atmosphere by the use of fuel like coal, oil, etc.

Air has a certain amount of carbon dioxide, carbon monoxide, oxygen, nitrogen, ammonia, methane etc. gases. But due to human activities, there has been an imbalance of various gases in the air. The amount of oxygen in the air is decreasing but the amount of other gases is increasing. The excessive emission of GHG is causing the degradation of the ozone layer which protects us from harmful ultra-violet rays of the sun.

The radiation power of greenhouse gases has always been controlled and balanced in nature. But due to various human activities, the quantities of these gases has increased manifold.

Most factors responsible for global warming are devastating consequences of human acts. In the blind race of development and progress, man is tearing apart nature. The natural streams of rivers are being blocked; trees and forests are being destroyed to collect new resources for our happiness, convenience and happiness. Due to the high pollution caused by running of industrial units, factories and crores of vehicles, our earth is becoming unusually hot.

One reason for global warming is the indiscriminate harvesting of forests. The forests control the amount of carbon dioxide naturally, but due to their harvesting, we are losing this natural protection. Forests are being harvested for industrial and mining activities. Deforestation increases the risk of global warming up to 20 percent.

Trees absorb carbon dioxide and release oxygen. Due to the indiscriminate cutting of trees, the amount of carbon dioxide is increasing manifold, aggravating global warming. For setting up newer industries and new cities, we have destroyed the greenery of the Earth. Greenery is continuously decreasing and towns, roads and factories are increasing without any planned development.

Due to the increasing population, human needs are increasing. The world and other living organisms have to pay a heavy price for the needs of humans. The main reason for global warming is the large-scale industrialization and urbanization. The smoke coming out of chimneys of factories and modern means of transportation contains many toxic elements like carbon, mercury, and methane. Smoke emanating from industries, factories, vehicles etc is making the entire environment polluted. These toxic substances dissolve in the air and increases temperature.

In the last hundred years, modern industries have expanded very much. Nowadays, the list of small items of common needs is becoming so long that the factories are expanding their production to meet them, increasing the level of pollutants in the atmosphere.

Today, the need for power is increasing world. To produce electricity, fossil fuels such as coal are used in large quantities. Due to excessive use of fossil fuels, the density of carbon dioxide in the atmosphere has increased by three quarters in the last twenty years. This is the reason for the loss of one quarter of forests worldwide.

Other human and non-monetary activities are also responsible for global growth in temperature. These activities include cooking on the stove, using refrigerators, emissions from garbage collection, burning of coal or wood, cutting of trees, fire in the forest, and so on.

Recently, an alert was issued by NASA on the condition of the alarming air pollution in Delhi caused by the burning of paddy in large quantities in the fields by the farmers of Punjab and Haryana.

Use of Chemical Fertilizers

To increase agricultural production, the use of chemical fertilizers and pesticides has increased manifold. With the presence of these harmful substances, levels of nitrous oxide, rise unexpectedly as fertilizers are very high in nitrogen.

CFCs are chemicals used as refrigerant gases in air conditioners, freezers and refrigerators. The CFCs survive to reach the stratosphere, increasing the intensity of ultra-violet radiation.

HCFCs are a group of compounds, used as refrigerants and also in insulative foams. They too end up in the higher atmosphere where they harm the ozone layer.

Among other pollutants polluting the atmosphere, ‘aerosols’ are also considered deadly. In the poisonous fog that is spread in the atmosphere, the fine particles of aerosols remain in the ground. The ‘aerosols’ containing such sulphates act as the nucleus in the dissemination of the clouds – the size of the clouds is large due to the presence of these pollutants, but the size of the water vapours in the clouds becomes smaller. So, black clouds remain in the sky, but they do not have the ability to shower water. Clouds lead to just light drizzle. Such a situation is seen nowadays in many parts of the world.

‘Soot ‘ like aerosols have also proven to be fatal. These impure carbon particles reach the atmosphere and spread like a dark cloud. Their density in the atmosphere increases their thermodynamics and they also have the same effect as greenhouse gases. In the arctic regions or in the glacial regions, the formation of these soot particles increases heat in the surface of the ice which melts quickly. Due to the melting of the ice blocks, there is an increase in the water flow in the ice-based rivers. In the future, these rivers have high potential for drying up and deterioration.

The world is looking for a solution to global warming, but the persistent attitude of some developed nations is presenting a disruption in it. The United States and other developed nations are most responsible for this problem because they have ten times more the rate of carbon emissions per person compared to developing countries. But they are not keen to cut carbon emissions to maintain their industrial progress and dominance. On the other hand, developing nations such as India, China, Brazil, believe that they are in the process of development, so they cannot go out of the way to reduce carbon emissions.

Due to the above-mentioned factors, the temperature of the Earth is gradually increasing. If the temperature continues to rise in the same way, the snow in the snowy areas will melt in the next forty years to come into the sea, which will increase the seawater level.  As a result of this extension, many villages and cities of the coastal area will be submerged.

Global warming has led to extremities in climatic patterns: absence of rain, drought, floods, irregularities in flora and fauna, lack of production of agricultural produce, and health-related problems.

If we want to find a solution to global warming, we should desist from the tendency to control or rule over nature. We should seek to meet our needs in tune with nature. To cater to its needs, the human race does not have the right to destroy the life of non-human organisms. Therefore, each nation should accept its responsibility and cut carbon emissions. In this direction, each nation should set a clear goal for a certain time period and also strive to achieve that goal honestly. 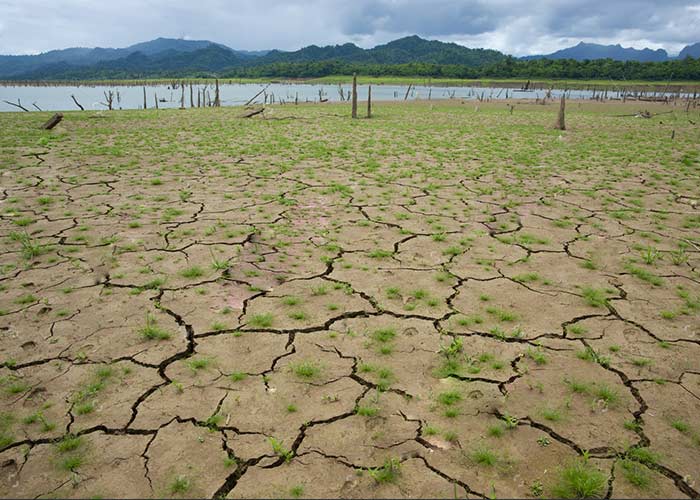