Effects and Impacts of Climate Change 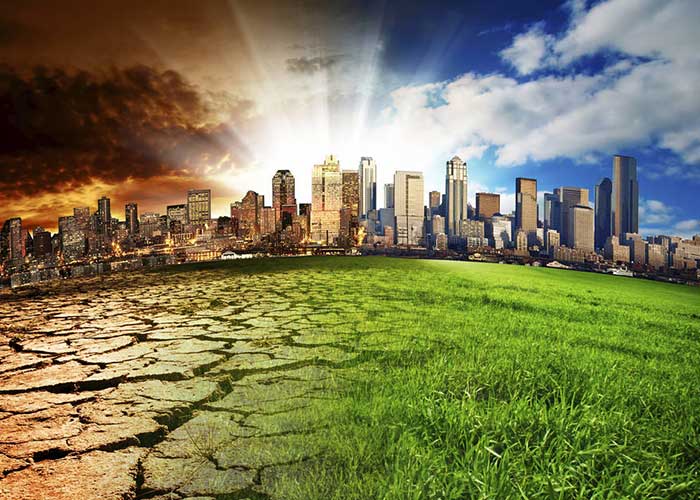 Climate change or global warming is a global problem. Rapid changes in the climate have become a major cause for concern throughout the world. As a matter of fact, climate undergoes changes through the natural cycle but the activities of human beings have resulted into causing widespread damage to environment. Well, to explain it in simple terms, greenhouse gases remain present in the environment to disperse the sun’s heat across the world for the existence of life. Due to the greenhouse effect, the environment of the Earth absorbs a large part of the energy from the sun. However, human activities are increasing the amount of these gases, particularly the carbon dioxide into the environment, harming the protective greenhouse layer, which has led to the problem of global warming or climate change.

Since the beginning of the industrial era, the average global temperature has increased by 0.8 degree. Scientists from around the world have been worried over the rapidly changing climate of the Earth. So, they have been constantly sounding the warning bells on this issue.

There have been various effects and impacts of climate change on the Planet Earth, some of which are listed below:

Climate change is being accelerated by humans by releasing chemicals and poisonous gases into the air through their activities such as industrial and vehicular emissions.

The use of coal, petrol and natural gas is the leading causes of greenhouse gases emissions. After the industrial revolution, these fossil fuels have been burnt in large amounts by the humans to run large machines in the factories, resulting in the emission of a huge amount of greenhouse gases such as carbon dioxide, methane, chlorofluorocarbons, nitrous oxide and ozone gases into the environment.

Animal husbandry such as raring of cows, pigs and chickens is also responsible for climate changes as these activities also result into emitting large amount of greenhouse gases. These gases have not only increased the temperature, but also affected the climate cycle badly.

It is evident that climate is changing rapidly in the world; the rain cycle has been adversely affected. Due to large-scale deforestation, there has been growing incidence of disturbance in rain cycle, which is the biggest indicator of climate change. With the growing population of the world, increasing number of vehicles, and rising pace of industrialization, the climate cycle is becoming irregular, resulting in problems of drought, excessive rainfall, flood, cyclone etc.  Also, summers in various parts of the world are becoming colder or hotter and in some countries the weather is becoming completely dry.

Forests are essential part of our life. They help us reducing the impact of greenhouse gases on the environment and thus help the Earth maintain its weather cycle. Indiscriminate cutting of forests in the name of industrialization by the human beings has been a major threat to the Earth, its environment as well as its climate. Because of the decreasing number of trees due to deforestation, the amount of carbon dioxide is increasing vastly in the Earth’s atmosphere since the trees absorb carbon dioxide and in return give us oxygen to breathe.

Slash and burn farming is rampant in some parts of the world. The farmers following this process would cut down trees on mass level, or burn them to get fertile land for farming. Logging operators are also active in the forests; they cut down countless number of trees across the forests throughout the world to illegally supply wood to paper industry. Growing requirement of land for urban settlements is another reason fuelling deforestation.

Due to indiscriminate cutting or burning of the forests by humans for their requirements of increasing the farming land as well as to settle their rapidly growing population, climate pattern has completely changed. These activities have contributed to the irregularities of the rain cycle and in some places of the world a drastic rise or fall in temperature has been visible. Consequently, we are facing worst climate change conditions today.

Climate change has resulted in the increase in sea water level. The oceans are warming due to the melting of glaciers. The water level of the oceans is rising to alarming proportions which threatens to lead to widespread devastation of coastal areas, submerging of land into water, flood, soil erosion, side effects of saline water etc. It will render coastal life haywire, and destroy farming, drinking water, fisheries and human habitation. Melting polar glaciers will also increase the sea level. Frequent storms and tornadoes have already emerged as its signs.

Climate change has had a negative effect on the agricultural production, more so in countries where agricultural production is dependent on rainfall. The increase in temperature gives rise to diseases, which are disastrous for both human beings and agriculture. It is estimated that by 2100, the productivity of crops will decrease by 10-40 percent. Increase in drought and flooding will lead to uncertainty in the production of crops. The crops of rain-fed areas will suffer more because the availability of water for irrigation will be reduced.

The temperature increase directly affects the milk production and fertility of animals. It is estimated that due to rise in temperature, milk output can fall by 16 million tonnes by 2020 and by 2050 by 15 million tonnes. The species of hybrid breeds are less tolerant towards heat; hence their breeding capacity will affect milk production. While the effect of climate change in the indigenous breeds will be less visible. If the phenomenon of climate change is not controlled, many species may reach extinction, spelling doom for biodiversity.

The negative changes in the attitude of air cause increase in bacteria, fungus and air-borne pests. In order to control them, more and more quantities of pesticides are used which lead to various diseases in humans and animals such as heart, lungs and liver ailments, dehydration, infectious diseases, malnutrition, etc.

Increasing pace of natural deforestation due to global warming is finding its reflection in the form of frequent forest fires, drought, tropical storms as well as volcanic activities. These occurrences devastate acres of natural forests. Particularly, hurricanes cause damage to the rainforests to such an extent that their recovery is possible only in centuries.

Considered as a major constituent of the climate mechanism, oceans play a major role in bringing drastic changes in the weather patterns and in particular they increase the temperature of the Earth as they hold huge amount of sun’s heat. With their capacity of holding huge amount of heat released through the sun, the oceans move high amount of heat across the earth’s environment through their current and the air movements. This phenomenon also disturbs the natural weather cycle of any particular location, compelling that area to face the worst consequences of sudden changes in the climate.

The ocean currents also play a huge role in running the global thermohaline circulation (THC) system which constitutes the system of heating, cooling, downwelling and upwelling of the surface water. The whole system keeps on repeating itself round the clock. Global warming has emerged as the biggest demon disturbing this natural cycle which brings about changes in climate. Rapidly melting of the ice sheets at the poles of the Earth is raising the amount of fresh water in the oceans. The fresh water being lighter floats on the surface of the oceans and act as a barrier to the weather circulation system of the oceans which gets determined through the flow of air, operated by the ocean currents.

The ice sheets are melting in Greenland and Antarctica. Unless it is prevented, the emission of heat may irreversibly melt Greenland’s ice sheet in the coming decades, which in the next few centuries it will increase the sea-level up to 7 meters. New evidence of melting ice in various parts of Antarctica means that this is facing the risk of devastation by way of melting.

In Europe, there is a dramatic effect of the slow down, location change, or closure of the Atlantic Gulf Stream. It is also disrupting the global circulatory system of oceans. Methane’s dangerous origin from the oceans is playing a leading role in increasing methane in the atmosphere rapidly.

Thus we have seen that rising urbanization, industrialization, power production based on coal, revolutionary changes in technology, vehicular emissions, coal mining, changes in the lifestyle of human beings (use of refrigerators, air conditioners, cars etc), besides the indiscriminate use of chemical fertilizers in modern agriculture, are a few key factors responsible for the high emission of greenhouse gases into the atmosphere. Due to increase in the temperature of the world, the polar region is gradually melting and the water level of the oceans is rising. It may lead to submerging of the countries and settlements on the coast, wherein there will be huge loss of lives and properties.

Overall, climate change or global warming has emerged as a major threat to human society. Till date, humans have never been forced to face such a huge environmental crisis. If we do not take immediate steps to stop ‘global warming,’ we will not able to save life on Earth. 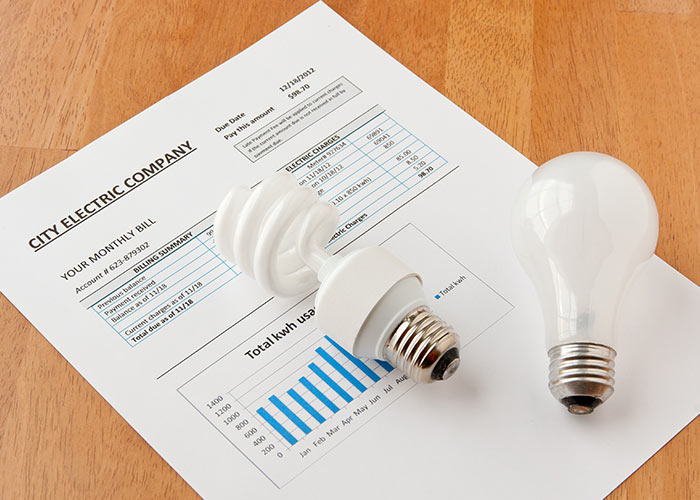 How to reduce Office Electricity Bills