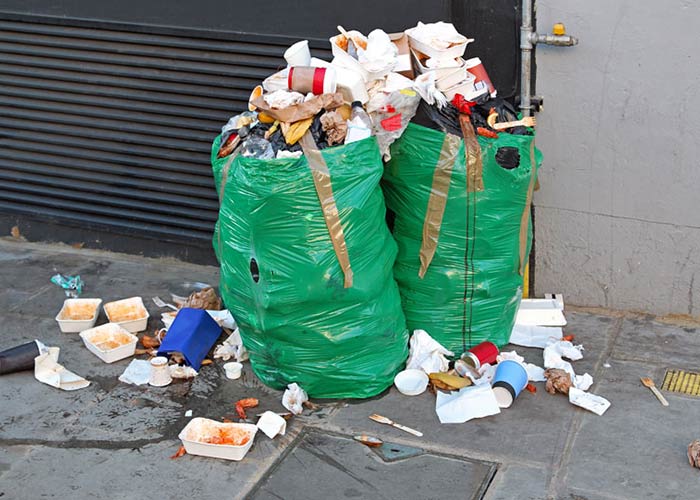 Etymologically, litter means rubbish carelessly dropped or left about anywhere, especially in public places. Sadly, people are found littering the road or any other public place with impunity. Quite often, we see even educated persons travelling in an expensive car roll down their car’s window to dump trash on the road. They do not think twice about throwing half-eaten sandwiches or throwing empty soda can which hit the car coming from behind us with its driver trying to avoid it in a dangerous way. A truck loaded on the highway goes spreading trash due to its broken container. Who cares?

Many people have an unfortunate habit of just dumping waste products at an inappropriate location. We callously drop objects such as aluminium cans, cardboard boxes or plastic bottles at a public place and leave them there indefinitely. Household waste and even hazardous items of rubbish such as tyres, electrical appliances, electronics, batteries and large industrial containers are dumped on public land. This way, we expect others to dispose them of as opposed to ourselves disposing of them properly.

Spitting anywhere and throwing garbage anywhere is an unfortunate tendency. People often spit on the stairs of an office building, on the over bridge and platform of the railway station. Pan, gutkha and tobacco eaters generally find it hard to resist the tendency of spitting.

The Problems and Causes of Littering

India is the most sluggish in terms of cleanliness among most countries of the world. There are many reasons for the sad mentality of people towards hygiene in India.

Often poor sections are considered to be responsible for creating a pile of garbage, filth or garbage in public places. But what about the dirt spread by the pee and poo of dogs of rich classes in parks, streets and roads? There is a charge against the slum dwellers that they spread pollution, but the truth is that there is a woeful dearth of proper waste management in multi-storey buildings, chemical industries and other factories which are responsible for spreading more garbage in the residential areas. So, the filth in the cities is not limited to poor people’s actions, but every section of the society is guilty of spreading the mess at its own level.

Many people tend to believe that they have to maintain the standards of sanitation within the four walls of their houses. The filthy water, garbage, or the dirt of the dog, is removed from the house and thrown into the street, road or park. People believe that garbage-disposal is the responsibility of the government and the administration. It is neither their responsibility to keep the environment, road, park or the street clean nor they are accountable for the garbage or filth, which is thrown out of the house.

In this densely populated country, most of us still spread dirt on the streets despite dustbins being kept along the roads. We just mean to clean up the place where we live and worship.

Despite the much-talked about Swachh Bharat campaign, our country is quite dirty compared to other countries. There is no cleanliness campaign in other countries of the world. Despite this, they are cleaner than most Indian villages and towns. Unlike Indian roads, no one is seen sweeping a broom in other countries, similarly, important celebrities there do not flaunt themselves spreading campaign for hygiene with a broom in hand. Still, what is the hidden secret behind their cleanliness?

The answer lies in the spirit of maintaining cleanliness that lies in the character of citizens of those countries from a very young age. In many public places in India, the board of ‘Do not litter’ can be seen. Even then, that place is filled with dirt. People consider it their rights to defile public places, and cleaning is considered to be the job of sanitation workers.

In olden times, garbage was generally organic waste which would assimilate into the ground, but with modern development, the proportion of chemicals in the waste is increasing. It is extremely harmful to health. Earlier, in countries like India, materials used as bags were not harmful. Pottery was used for curd, and jute bag was used to carry other stuffs. The use of plastic has changed the situation and a problem has also arisen with it because the plastic never melts. There is no proper system to deposit or dump it. Now efforts are being made to deal with the problem by banning the use of plastic.

What Littering can do to the Environment?

Littering has a negative impact on the environment. In fact, it has become a serious environmental issue how to counter the ill-effects of littering. We all like to keep our houses clean, but after cleaning it many of us throw the garbage around due to which there is contamination of the entire environment. We never bother to understand that it’s our responsibility for not polluting the atmosphere, and spreading diseases by littering.

Before throwing the garbage out of houses and shops in the drains made in the roadside, nobody thinks that if the same garbage gets stuck, then due to excessive flooding in the rainy season, dirty water will be seen flowing out of their own houses.

Is Littering a Crime? What are the Penalties for Littering?

In most public places of the country, garbage bins are not kept, and where they are kept, they are not cleared for several days. In such a situation, the whole place is filled with dirt. People too do not have any shame or regret to make it dirty by spitting or spreading garbage anywhere. The absence of strict law against those who litter has stood in the way of cleanliness in the country.

Littering in foreign countries falls under the category of crime and penalties are also levied on this. Citizens have the responsibility to maintain cleanliness in certain areas around their homes. At one time, there was a tendency to spit everywhere in China. But today it has been curtailed.

In Singapore, anybody is fined $200 for throwing garbage. No arguments are heard. There is a ban on chewing gum. Stray dogs are not found here. Similarly, police can impose fines for throwing garbage in the streets in America, Australia and the Netherlands. North America runs a program to adopt highways. Under this, companies and organizations show a commitment to keeping a portion of the road clean. Germany, New York, the Netherlands and Belgium have enforced container deposit laws under which people are encouraged to collect garbage.

In Kenya, waste is turned into works of art and sold. A fine of up to 2500 pounds can be imposed if anyone is convicted of spreading dirt in the UK.

Unfortunately, no central law has been made in this regard in India till date. In many cities, municipalities warn people of fines, but these are not implemented in practice.

Why Litter is Dangerous?

In the form of garbage, the most disfigured item in the world is the cigarette butt. 4.5 trillion tons of butts are thrown annually. The time for the degradation of these remaining pieces of cigarettes is different. Some of them decay in five years and some take up to 400 years.

Often, plenty of food is served in any public program and wedding ceremony, but left-over food articles are thrown out of the premises. Due to lack of cleanliness, the garbage gets deposited on the side of the road, due to which many serious illnesses are born, for which we are responsible ourselves.

As the world is developing and the living standards are increasing, there is a corresponding increase in garbage generation. There is nothing wrong with it as long as we find ways and means of proper waste disposal. Everyone is aware of Mohenjodaro, the ancient civilization which is still known for the best arrangement of irrigation and drainage. So, let’s get started today and from now on, start the unique civilization of proper garbage management.

It is often seen that if we go to some public places such as railway stations, bus stations, and buy something to eat there, then we think it our freedom to throw plastic packets or other trash here and there. We do not even realize that we have done something wrong, that we have become irresponsible citizens. So, every citizen has a contribution towards making our country clean.

It is possible to reuse many things thrown in the garbage. The waste of resources can be prevented by recycling and the environment can be conserved.

Children have a crucial role to play in the image of a nation. If children of a country are aware, then they can definitely make their country clean and beautiful, as the strength of any country lies in the youth of that country. So, all children should be made aware of the need of hygiene from the beginning.

They should not make it a point to ensure the following: 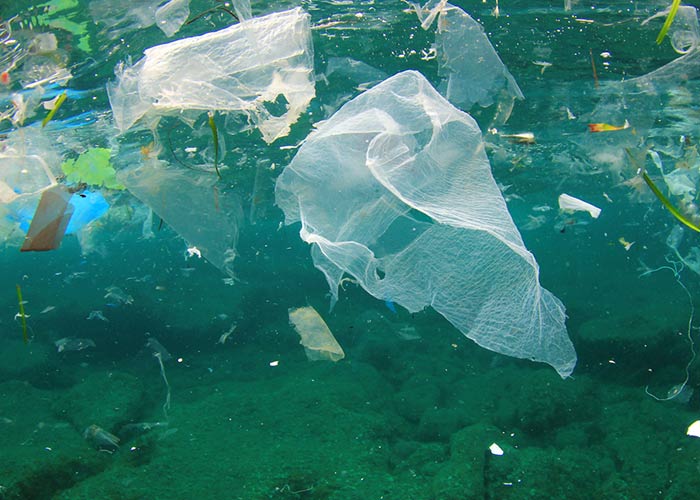 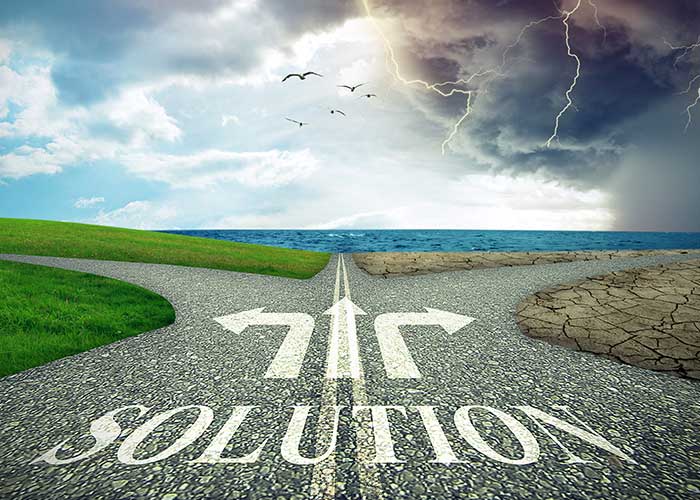 How to Prevent and Stop Climate Change 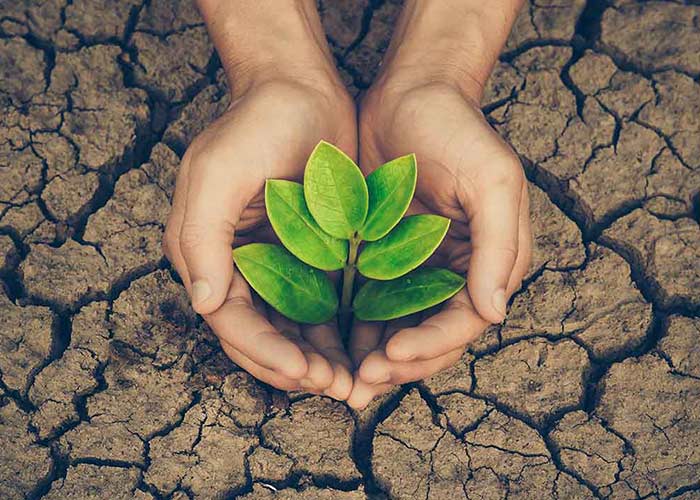 How to save our Environment