The culture and tradition of India is considered as old and great all over the world where people used to worship various female goddesses, saints and poets. India is also a powerful nation and famous worldwide for being the largest democracy in the world however, women backwardness is also very clear in the Indian society because of the social issues, problems and lots of restrictions against women. Women belong to the lower and middle class family suffers more than the women of higher class family. Women in the Indian society generally face problems of sex discrimination, high percentage of illiteracy, female infanticide, dowry system, etc. 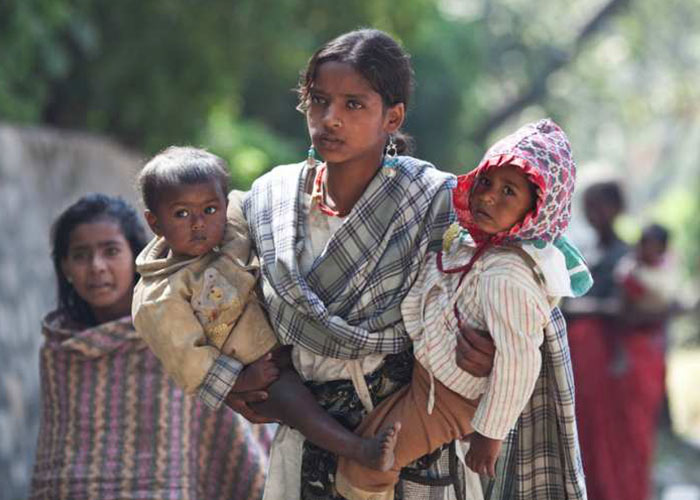 Taking birth as a woman in the Indian society can be said as curse for the women. Women in India face lots of social issues and problems all through the life which are big struggle for them right from their beginning of life. Female infanticide is the most common practice of killing girl child in mother’s womb in the Indian society. Women in India are considered as burden for their parents and husbands as they think that women are here only to consume money whole life without earning a little bit.

Another common problem for women is sex discrimination which they face from their birth and continues till their death. Illiteracy, lack of proper education, responsible for household works, rape, sexual harassment at workplace, etc are some big issues for the women in India. However, a lot of positive changes has occurred in the women status as the number of educated people is increasing in the country.

Women in the Indian society have been considered as inferior than men for many years. Because of such type of inferiority they have to face various issues and problems in their life. They have to go extra miles than men to prove themselves equivalent to men. People in the middle age were considering women as key to destruction so they never allowed women to go outside and participate in the social activities like men. Still in the modern age, women have to face many more problems in their daily life and struggle a lot to establish their career. Still there are many parents who prefer to have only boy baby and allow education to boys only. Women for them are only medium to keep family happy and healthy.

A woman is seen in the society with more intense ridicule sight and become at higher risk of honor killing if she is involved in the love marriage or inter caste love marriage. Women face a lot of challenges because of the existence of patriarchal society, child bearing and family care roles, deep rooted cultural norms, etc in the Indian society. Women in India do not have equal access to autonomy, mobility to outside the home, social freedom, etc than men. Some of the problems faced by the women are because of their domestic responsibilities, cultural and social specified roles, etc.

In the ancient Indian society women were adored and worshiped as goddesses. However in the middle age, the status of women got down to a great extent. Women are considered in the society only to perform duties like bring up children, caring every family member, and other household activities. There are old and traditional faith of people coming out for years that men are for thy field whereas women are only for the home. Now-a-days, women are breaking all the barriers of social issues and problems against them in the society. They are getting ahead and enjoying equality of status in almost all fields because of being financially independent and economically sound.

Earlier to this women were facing a lot of problems because of male dominated, patriarchal society system, practice of old traditional believes, etc. Women were only responsible to the traditional roles like child bearing and child rearing. In the modern world, where women status has been improved a little while, still they are facing problems. They have to perform both family and professional responsibilities together without the help of their husbands. In some cases, the condition of women become more embarrassed when they get tortured by their family members instead of getting help. Sexual harassment is more common at homes as well as in the offices by the family members, relatives, neighbors, friends, boss, etc. They have to suffer a lot in their daily life to nourish their career as well as saving their family relationships.

There are various issues and problems which women generally face in the society in India. Some of the problems are mentioned and described below:

Earlier women were facing problems like child marriage, sati pratha, parda pratha, restriction to widow remarriage, widows exploitation, devadasi system, etc. However, almost all the old traditional problems have been disappeared gradually from the society but given rise to other new issues. Women are continuously facing many problems even after having self-confidence, individuality, self-respect, personality, capacity, talent, and efficiency more than men. They are facing problems in their daily life even after they are given equal rights and opportunities like men by the Constitution of India. Some of the major problems modern women are still facing mentioned below:

There are various rules, regulations, act and laws made by the Indian government regarding the safety of women in India. However, a new act (Juvenile Justice (Care and Protection of Children) Bill, 2015) has been passed by the Indian government by replacing the earlier one of 2000 (Indian juvenile delinquency law of 2000) to reduce the juvenile age from 18 to 16 years especially in case of heinous offenses (after Nirbhaya case).