We have provided variety of essay on winter season in order to help students. Now-a-days, essay writing competitions have been very common in the schools to enhance students skill about any topic. All the essays are written using very simple words under various words limit according to the class of students. Dear students you can select any winter season essay given below according to your need and requirement.

Long and Short Essay on Winter Season in English

Winter season is the coldest season of year, starts from the month of December and ends in the month of March. December and January are the peak winter months and counted as the coldest months when temperatures falls around 10 to 15°C (means 50 to 59°F) in the northwest regions of country however, in the southeast regions (mainland of country) it remains around 20 to 25°C (means 68 to 77°F). a high speed cold winds blow from the north region in the peak winter months. We have to face a thick fog which often hides the sun light causing cold becomes severe all through the winter season. 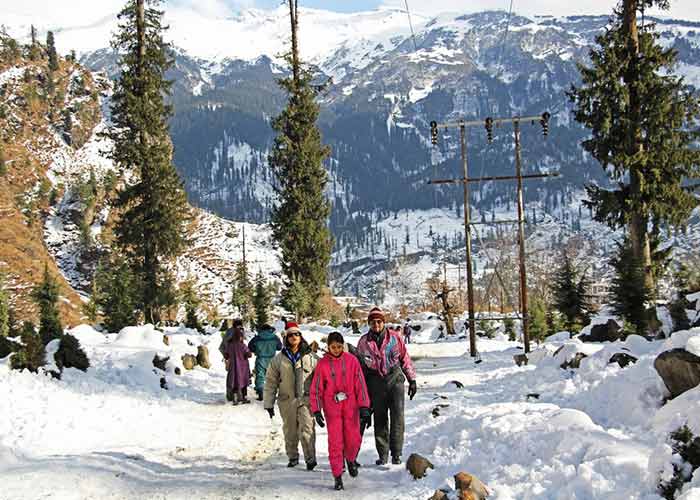 Winter season is very cold and one of the four seasons of India. It falls in the month of December and ends in march during Holi festival. December and January are considered as the peak cold months of the winter season. It comes after the autumn season and finishes before the spring season (later summer season). We generally feel slight decrease in the atmospheric temperature from Diwali festival (start of winter) till Holi festival (end of winter).

We have to face high degree cold and high speed cold winds during the peak winter months. We feel a huge level changes in the atmospheric temperature and day and night routine. In the winter season, night becomes long and day becomes short. Sky often looks clear however sometimes it remains unclear all through the day because of the thick fog during peak cold months. Sometimes it rains also during the winter season and makes condition more worse.

Winter season is the coldest phase of the year, starts from December and ends in March. It feels very cold everywhere all through the winter season. Atmospheric temperature falls very down especially during the peak winter months. Hilly regions (including houses, trees and grasses) gets covered by the thick layer of white snow and looks very beautiful. In this season, hilly regions looks like an awesome scenery. Due to the severe cold weather conditions in the winter, people have to face lots of difficulties while going out of their homes.

At some places of the country, climate remains moderate with normal temperature (not too cold and not too hot) and gives very pleasant feeling. Everyone wears thick woolen clothes all thorough the winter to keep body warm as well as getting safety from very low temperature. We likes to take a sip of hot coffee, tea, soup, etc in the morning and evening to get slight heat and pleasurable experience. We generally go to the picnic on Sunday in the afternoon to get some heat from the natural sunlight and enjoy with our family and friends. We go into the bed early in the night to get heat and be safe from the winter.

Winter season is a very cold season of the year in India. It starts after the autumn season and finishes on the arrival of spring season. We feels huge level of changes in the atmosphere in the winter season in comparison to the other seasons of the year. Atmospheric temperature becomes very low, cold winds blow in high speed, day becomes short and night becomes long, etc. Sometimes, we do not see sunlight because of the thick clouds in the sky however on other winter days sky looks very clear and blue. Atmosphere becomes very dry however dusty. Sunlight of the winter season becomes very very mild and light warm. It creates much problem in drying the wet clothes all through the winter. It is a season of healthy and favorite fruits orange, guava, chickoo, papaya, amla, carrot, beetroot, grapes, etc.

As we all know that earth revolves around other planets on its tilted axis. Tilt of rotational axis of earth plays main role in the weather changes all through the year. Whenever earth makes round in the northern hemisphere (means farthest from sun), it becomes winter season. Seasons change when

earth rotates away or toward the sun through its year long path. Earth is tilted by 23.5 degrees to its ecliptic plane.

Hilly regions become very beautiful during winter season as everything gets covered by the ice and give awesome look like scenery. Ice on the things look as beautiful as pearls. Flowers of different colors bloom when sun rises and give the environment a new look.

Winter season is the coldest season of the year in India. Winter season can be characterized by cold wind blow, falling of snow, very low atmospheric temperature, short day, long night, etc. This season lasts about three months, starts from December and ends in March. There becomes winter vacation in the schools for small kids in the peak winter days (last week of December and start week of January) to save them from high cold. People having their business or working in the office get problems in continue their job because of disturb schedule. Sun rises late in the morning and sets early in the evening with very slight heat sunlight.

Winter season is quite difficult season for everyone especially poor people because of lack of woolen clothes and proper home. They generally seen taking sun bath in the sunlight on the footpaths or other open places like park, etc in order to keep their body warm. Many old people and small age kids lost their life because of very much cold weather.

The main agents of winter season are the cold winds and frost which make this weather more dry dull and chill. It rains sometimes without weather which makes life really miserable. Winter’s cold rain destroys crops, vegetables and fruits. Frost makes very difficult to go outside home at night in winter.

Winter season has its own importance as well. It is useful to make health, good for walk in the morning, environment full of fresh air to breathe in, no fear of mosquitoes, good for farmer’s crop, etc.

Winter season is one of the four seasons in India, starts from December and lasts till March. Winter days are bright and pleasant because of the low heat sunlight. Hilly regions of the northern India look very beautiful because of the heavy snowfall. December and January are the peak winter months during which we feel lots of problem because of much cold weather. It is the best season to go on long drive and tour. This season attracts more tourists traffic to India as well as invites beautiful birds in the pleasant surroundings of sky.

Winter season creates some problems too for the poor people as they have no or less warm clothes and proper home. Various birds are migrated and animals go to hibernation because of much cold. Fog and mist are very common during this season that cause more traffic and road accidents. We have to wear many woolen clothes and stay in the home for many days to get protected from the cold.

Things to Enjoy in Winter

We can enjoy many winter activities according to the interest and condition of weather such as ice skating, ice biking, ice hockey, skiing, snowball fighting, building snowman, snow castles, sledging and many more activities.

Winter is one of the important seasons in India which begins on the Winter Solstice however ends on the Vernal Equinox. Winter has shortest days, longest nights and lowest temperatures than all other seasons. Winter season comes when earth tilted away from sun. It is the season of health making however bad for trees and plants as they stop growing. Many animals hibernate during this season because of unbearable cold weather. Snow falling and winter storm are very common during this season.