The National Flag of India is a national symbol designed in horizontal rectangular shape. It is designed using three colours such as deep saffron (top most), white (middle) and India green (lower most). The middle white colour contains navy blue Ashoka Chakra (means Wheel of Law) in the centre having 24 spokes in the wheel. The present form of the national flag was adopted in the meeting of Constituent Assembly on 22nd of July in 1947.

The present Indian Flag was declared as the official flag by the authority of India. As Indian Flag contains three colours, it is also called as Tiranga. It is based on Swaraj flag (means flag of Indian National Congress, designed by Pingali Venkayya).

The Flag of India means a lot to the people of India. It is of great significance and honour to the Indian public. Indian Flag is made using a special type of clothe called Khadi (hand-spun cloth popularized by the Mahatma Gandhi).

Bureau of Indian Standards is responsible for the manufacturing and designing process of the flag however, Khadi Development and Village Industries Commission has right to manufacture the flag. Karnataka Khadi Gramodyoga Samyukta Sangha has been a sole manufacturer of Indian flag in 2009.

The national Flag Code of India governs the usage of Indian flag (with any other national or non-national flags) as well as laws related to the national emblems. The use of National flag is totally prohibited by the private citizens (except national days). However, on the request of Naveen Jindal (a private citizen) in 2002, the law has been altered for limited usage of Flag by the Government of India (Union Cabinet of India) on the order of Supreme Court of India. It was again amended in 2005 for some additional use of Flag.

Meaning and Significance of Indian Flag

The national flag of India is also known as Tricolour Flag means Tiranga as it contains tricolours. Indian flag is designed-horizontally using three colour, wheel in the centre and Khadi clothe. The national flag was adopted on 22nd of July in 1947 in the wake of Indian independence from British rule. Indian Flag was designed and adopted as a symbol of the nationalism and freedom.

Indian flag means a lot for us. It is our symbol of unity to lead us on one common way of Dharma even after being of different faiths and religions of Buddhism, Jainism, Hinduism, Islam and Sikhism. The tricolour and Ashoka Chakra (means Wheel of Law) of the Indian flag reveals some meanings which are as follows:

The middle part of the Indian national flag is designed using white colour which represents the honesty, purity and peace of the nation. According to the Indian philosophy, white colour also represents the cleanliness and knowledge. It lightens the path of truth in order to guide the nation. It reminds the Indian political leaders to lead the country to get the ultimate national goal by maintaining the state of peace.

The lowermost part of the Indian national flag is designed using the green colour which represents the faith, fertility and prosperity of the nation. According to the philosophy of India, green colour is a festive and stabilizing color which represents the life and happiness. It indicates the greenery of earth all over the India. It reminds the Indian political leaders to lead the country by protecting the Indian soil from destruction by both, external and internal enemies. 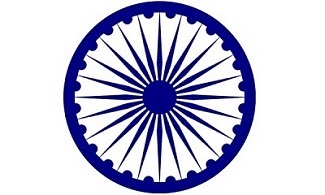 Keeping Ashok Chakra in the middle of Indian Flag has a great history behind. Many years ago, Lord Buddha got nirvana means Enlightenment in the Gaya. After getting nirvana he turned to Sarnath, Varanasi where he met with his five disciples (means panch vargiya Bhikshu) named like Kaundinya, Ashwajeet, Bhadrak, Mahanaam, and Kashyap. Lord Buddha preached them his first sermon describing and distributing the Dharmachakra. This was taken by the King Ashoka to represent on the top of his pillars which later become the base of origin this chakra as an Ashok Chakra in the centre of Indian flag. The presence of Ashok Chakra in the national flag indicates the strong bond of nation with Buddhist faith.

Why Ashok Chakra is in Navy Blue Colour

Navy blue colour, of the Ashok Chakra in the centre of the white strip of the national flag, indicates the most truth of the universe. It represents the color of sky and ocean.

A flag become the symbol of the country so any independent country needs a flag to represent a unique symbol of the particular nation. The National Flag of India was first adopted in its present form on 22nd of July in 1947 in the meeting of Constituent Assembly, few days before the independence of country from British rule on 15th of August in 1947. It was designed by the Pingali Venkayya using tri colours, Ashok Chakra and Khadi clothe.

The National flag of India is designed in horizontal shape in which all the tri-colours are used in equal proportions. The ratio of flag width to its length is 2:3. The middle white band contains a navy blue wheel representing Ashok chakra with 24 spokes.

Before the final adoption of the national flag, it goes through various amazing changes since its first inception. It was started discovering and searching for the unique national flag to recognise the country during the national struggle for freedom from the British rule.

It is said that, the national flag was first time hoisted on 7th of August in 1906 in the Green Park (also called as Parsee Bagan Square) in the Calcutta (current Kolkata). It was a simply designed flag using three horizontal strips of tri colours (red, yellow and green). The uppermost green colour strip contains eight (8) white lotus flowers. The middle yellow colour strip is written in the center with “Vande Matram” in Hindi. And the lowermost red colour strip contains a crescent (left side corner) and a Sun (right side corner).

According to the history, it is said that Indian national flag was hoisted second time in the Paris by the Madame Cama with her banished revolutionary band in 1907. Later that flag was exhibited in the social conference of Berlin. The second flag was little different from the first one. The uppermost orange colour strip contains one lotus flower and seven stars (identifying the Saptarishis). The middle yellow colour strip is written with “Vande Matram” in Hindi in the center. And the lowermost green colour strip contains a Sun in the left corner and a white crescent and star in the right corner.

It was hoisted third time by the Dr. Annie Besant and Lokmanya Tilak in 1917 during the Home rule movement. It was designed using five red and four green horizontal strips (equally divided) in alternate manners. It also contains seven stars identifying the Saptarishis and a Union Jack in the left-hand top corner together with a white crescent and star in right top corner.

In 1921, all India Congress Committee in Bezwada (Vijayawada) designed a flag (having two strips of red and green colour representing the Hindus and Muslim community) and took that to Mahatma Gandhi Ji. Where they suggested adding a white strip (in the middle to represent other communities) and a blue wheel (Charkha) to represent the progress of Nation.

Finally, in 1931 a resolution was passed to adopt a tri-colour flag (suggested by Gandhiji) in India. This flag contains the upper saffron, middle white and lower green colour strips. The middle white strip contains a spinning wheel in the center.

However, it was adopted completely on 22nd of July in 1947 in the meeting of Constituent Assembly. They decided to adopt a national flag with same tri-colours and significance with only a little change, the spinning wheel was altered to the Dharma Charkha of the King Asoka as an emblem on the national flag. This flag finally became the national flag of the Independent India.

What is National Flag Code of India

Indian flag is a symbol of national pride which represents hopes and aspirations of Indian people. Since the independence of India till date brave soldiers of the Indian armed forces has saved the Tiranga from enemies and maintained its full glory.

The national flag code of India is a predefined set of laws which governs the usage of Indian Flag by the people or others from different country. Bureau of Indian Standards is authorized to govern the manufacturing, designing and correct usage of national flag by following set standards (created in 1968 and updated in 2008).

All the rules, laws and authority to use national flag have been officially described under the heading of Flag Code of India as follows: “The colour of the top panel shall be India saffron (Kesari) and that of the bottom panel shall be India green. The middle panel shall be white, bearing at its centre the design of Ashoka Chakra in navy blue colour with 24 equally spaced spokes.”

According to the, making national flag by someone using clothes other than the Khadi or hand-spun cloth is punishable with imprisonment for three years including fine. It is also restricted that the raw materials of khadi should be cotton, silk and wool. Flag is made up of using two kinds of khadi clothe (khadi-bunting to prepare body of flag and khadi-duck means beige-coloured cloth to prepare ends of flag holding the pole). It is also restricted that per square centimetre of clothe must contain only 150 threads, four threads per stitch and weight of one square foot clothe should be only 205 gm (means 7.2 oz).

What are Rules and Regulations of National Flag Code of India

According to the national flag code of India based on 26th of January, 2002 legislation, some rules and regulations must be followed to fly the flag:

Famous Saying of the Mahatma Gandhi about National Flag

“A flag is a necessity for all nations. Millions have died for it. It is no doubt a kind of idolatry which would be a sin to destroy. For, a flag represents an Ideal The unfurling of the Union Jack evokes in the English breast sentiments whose strength it is difficult to measure. The Stars and Stripes mean a world to the Americans. The Star and the Crescent will call forth the best bravery in Islam.”

“It will be necessary for us Indians Muslims, Christians Jews, Parsis, and all others to whom India is their home-to recognize a common flag to live and to die for.” – Mahatma Gandhi 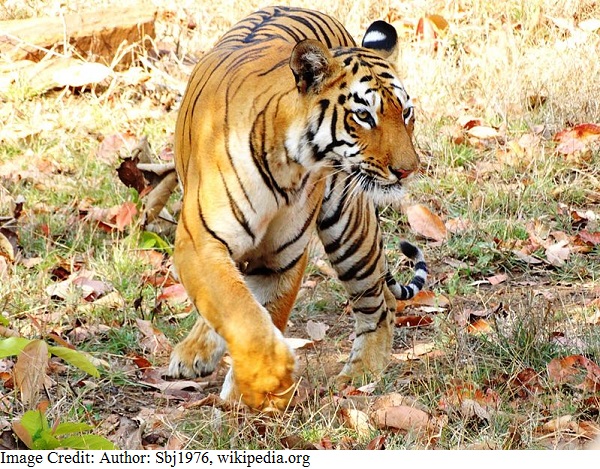