National Integration is the bond and togetherness between people irrespective of their caste, creed, religion or gender. It is the feeling of oneness, brotherhood and social unity within communities and society in a country. National Integration helps to keep the country united and strong from within despite the diversities. The importance of national integration can be understood from the fact that the nation which remains integrated will always progress on the track of development and prosperity.

Long and Short Essay on Importance of National Integration in English

The significance of national integration in a country like India increases manifold seeing the diversities and cultural differences. It plays a very crucial role in the modern times especially in a country like India which is still on a developing track. National integration makes a country resilient by uniting its citizen with a single thread of brotherhood and nationalism. If a country is integrated by its people, it becomes tough for a foreign force to disintegrate it.

We have seen many incidents of riots and revolts in the country in past years and these incidents are a threat to the social and cultural integrity of a nation. These issues also pose a big hurdle on the path of country’s development. National integration is the only thing which could stabilize the development of a country, improve the economic growth and add value to its cultural and social status.

The growth and development of a country directly depends on its integrity and unity and if it lacks in both then it becomes impossible for the nation to progress ahead towards a sustained development. National integration acts as a basic foundation for maintaining harmony, peace and brotherhood in the society thus building a country which is strong, united and resilient.

National integration is a bond of unity among the citizens of a country. It is the feeling of oneness and harmony despite of social and cultural dissimilarities. National integration helps a country to stay integrated and united and progress towards its goals of development. It not only makes the country strong from within but also makes it more secure and safe from foreign forces.

What is the Importance of National Integration

National integration plays a vital role in making the country as one by uniting every section of the society irrespective of their caste, religion, gender or geographical location. It gives an equal opportunity to every citizen and provides an equal platform in terms of social, cultural and economical development. It helps to unite the minorities and gives the freedom to live their life in their way without any interference. National integration is also crucial for the country’s development as the country with national unity will always flourish and develop and will have very less internal issues.

National integration is very important for a country because it is seen many times in the history of mankind that whenever the integrity of a nation is shattered, it had faced major challenges from within and also became a victim of foreign invasions. Hence national integration plays a significant role in making of a nation and keeping it alive in the history with a sustained development.

National integration is the integrity and brotherhood which is showcased by the citizens of a country. It is the feeling which makes the people stay together despite their personal and cultural differences. National integration holds and binds the people of a country under the single blanket of nationalism and harmony. It makes the country as a single entity and develops the feeling of cohesion among its people.

National integration primarily aims at providing a better environment to the people of a country so that they can develop themselves in all the aspects irrespective of their caste, religion, gender or geographical location. It also helps to bind multi racial and multilingual country like India which has people with diverse culture and tradition. It also multiplies the bond of brotherhood amongst communities, societies and the people.

National integration also helps in maintaining stability of a country and adds up to its overall development. It helps to nurture communal harmony and fights casteism, regionalism and linguism etc which are considered as the threats for the national unity. It enhances the feeling of loyalty and fraternity towards the nation and unites the people in case of any national emergency.

How to Promote National Integration

National integration makes a country united and integrated. It promotes the feeling of mutual trust and understanding among its citizens. If a country is integrated, it could face any type of situation and will stand strong under all the odd circumstances. The social and cultural integrity in a country not only adds up to the inclusive growth but it also makes the country self reliant which could focus on its progress and have very less number of internal issues. It also empowers the country by making it more resilient and politically strong in the international community.

People with different sections, cultures, traditions and languages reside in a country but the feeling which binds them in a single string of brotherhood and togetherness is the national integration. Though we belong to different communities and sections and have various dissimilarities but there is a feeling which makes us a single entity and that is the feeling of national integration. It helps to strengthen a nation and brings development and prosperity in the country.

National integration plays a very significant role in political, economical, cultural and social dimensions of a country. It helps the country in the following ways:

National integration makes the people of a country to reside in harmony by strengthening the social bond between them. It promotes brotherhood, peace and tolerance among them.

National integration helps to unite people of different race, caste, creed or thoughts and makes the country as a single entity. If the people of a country are united then it strengthens the country and makes it powerful on the global platform.

National integration promotes loyalty of the citizen for the country. It helps to make people join hands and stand for the betterment of the country forgetting their petty issues.

National integration plays a more significant role in the modern times as it is being challenged by many factors like communalism, regionalism, linguism etc. Global terrorism is also one of the biggest threats to national integration when few people with radical thoughts convince the population and brainwash them and provoke them against their motherland. A country with a population which has the feeling of national integration will never fall prey to the radical ideologies of these people.

In the era of technological advancements and availability of social media platforms and internet, it is very easy to get deceived. There had been also many cases of mob lynching in the past when people believed the fake information and were provoked to take law in their hand. National integration helps to avoid these situations and makes people intellectually mature and tolerant.

The prosperity of a country lies in the hands of its citizen and if they are united and integrated irrespective of their dissimilarities and diversities, it will definitely give a push to the country towards development and growth. National integration does the same thing by making the country as one and spreading the feeling of togetherness and brotherhood. Political forces should also work together and should not divide people basis of caste, creed or language for their personal benefits. The citizen of a country should also be matured enough to take right decision and stay away from the people of radical ideologies. They should always think of country first and keep aside their personal issues and live with peace and harmony with each other.

National integration combines the people of a country with cultural, social, racial and linguistic diversities into a single identity of a nation. It helps the co-existence of people with different caste, creed and thoughts with great dignity and respect to each other. It not only makes the country respectable from within but it is also appreciated on international platforms. It showcases the ability of good governance and intellectual maturity of its citizens by setting an example for others.

Unity in Diversity is the sole motto of national integration in India. It is the motto of culture and lifestyle of India which integrates its citizens from different ethnicity, sections and society and paints them in a single colour of nationalism. The Indian culture of unity in diversity showcases that though the people are from different backgrounds, castes, regions and religions but they are always united as Indians. It is because of the 5000 years old rich cultural heritage of India which makes it as a land of ‘Unity in Diversity’.

Equal distribution of income among every section and community in the country enhances the confidence of even the marginal section of the society thus by increasing their faith and loyalty towards nation.

Education is the lamp which drives away all the darkness of ignorance and illiteracy thus bringing the people into the mainstream. It gives an intellectual thinking and the real meaning of unity and integration to the people.

National symbols like National Flag, National Anthem and National Song instill the feeling of patriotism and oneness among people irrespective of their caste, sects or race by making them Indian first.

National festival like Republic Day, Independence Day and Gandhi Jayanti are the festivals which are celebrated by each and every Indian without any discrimination. People forget their caste and religion and unite together on the occasion.

Good governance is also a foremost important factor in promoting national integration. A government which focuses on collective efforts and inclusive growth will always manage to achieve the developmental goal and growth of each and every section of the country thus increasing the loyalty towards nation.

National Integration Council was setup by Jawaharlal Nehru in 1961. The primary aim of the council was to promote national integration and address the issues related to communalism, regionalism and casteism. It also works on promotion of equality, coexistence, tolerance and to reduce communal violence and atrocities on women in the country. NIC is headed by the Prime Minister of India and has ministers, senior leaders and public figures as its members.

India is a vast country of diversities with many cultures, traditions and ideologies and what makes it as a single nation is the integration and social bond within its citizen. The national unity of India despite so much diversity is a matter of surprise for the people around the globe. It is because of the fact that people of India believe in coexistence and peace and respect the ideologies of other community. The true feeling of national integration in a country makes its citizen unite together during any natural calamity or in case of any national emergency forgetting their personal grudges and joins hands to face the situation with bravery.

Essay on Importance of National Integration 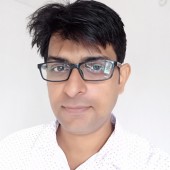 Rohit, is a Post Graduate in Computer Science and has many years of writing experience. He likes writing blogs, articles on various Social, Environmental, Technical, Political topics, etc topics. He believes that a change starts from within and if you want to change something it has to start from you. His motto for life: Hard work, Sincerity and Dedication are the keys to success.

Essay on My Friend

Pollution due to Festivals Essay