India of My Dreams Essay

India is a country where people from different cultures and religions live in harmony with each other. However, discrimination is done on the basis of a person’s gender, caste, creed, religion and economic status in many parts of the country. India of my dreams would be a place where there is no such discrimination. India has seen a lot of development in the field of science, technology, education as well as other spheres over the last few decades. I dream of India as a fully developed country that does not only excel in the aforementioned fields but also continues to keep its cultural heritage intact.

Long and Short Essay on India of My Dreams

India is a multi-cultural, multi-lingual and multi-religious society that has seen steady progress in various spheres over the last century. I dream of India that progresses at an even greater pace and joins the list of the developed countries in no time. Here are the key areas that need attention in order to make it a better place:

I dream of India where every citizen is educated and is able to find a deserving employment opportunity. No one can stop the growth and development of a nation full of educated and talented individuals.

India of my dreams would be a place where people would not be discriminated against on the basis of their caste or religion. This would go a long way in strengthening the nation.

While India has seen both industrial and technological growth in the past few decades, it is still not at par with many other countries. I dream of India that advances technologically and sees a boom in every sector.

There is a lot of corruption in the country and its rate is only growing by the day. The common man is suffering at the hands of corrupt politicians who are only interested in fulfilling their own selfish motives. I dream of India that is free from corruption at all levels. It would be a place where the betterment of the country would be the sole agenda of the government.

It is sad to see how even after proving themselves in every sphere of life women are still considered to be inferior to men. I dream of India where there is no gender discrimination. It would be a place where men and women are treated as equals. 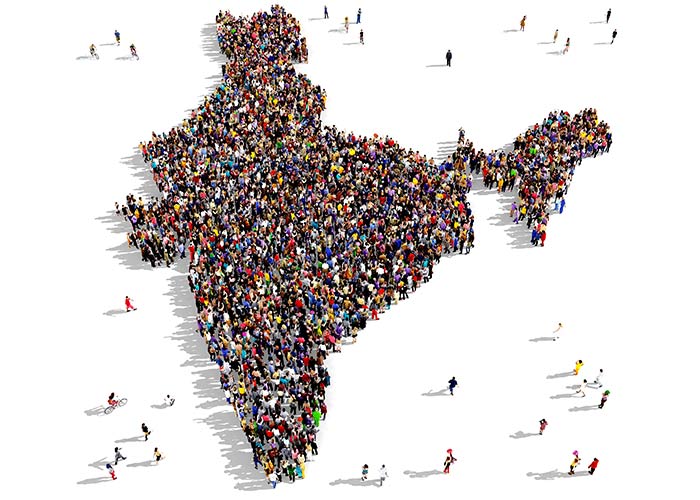 In short, India of my dreams would be a place where people feel happy and secure and enjoy a good quality of life.

India takes pride in being home to people belonging to different castes, creeds, and religions. The country is known for its rich culture and unity in diversity. It has also seen a boom in various industries over the past few decades. However, we still have a long way to go. Here are some of the areas that we need to work on in order to make it an ideal nation:

There is a lot of economic disparity in the country. The rich here are becoming richer and the poor are becoming poorer by the day. I dream of India where wealth is equally distributed among the citizens.

Lack of education is one of the main hindrances in the growth of the nation. The government is making efforts to spread awareness about the importance of education. However, it should also take steps to ensure that each and every person in the country seeks education.

There is a lack of good employment opportunities in the country. Even those who are well-qualified fail to get deserving jobs. The dissatisfaction level among the unemployed lot is high and they often take the road to crime. I dream of India that provides equal employment opportunities for all so that each one of us works for the growth and betterment of our country.

Casteism is another major issue that needs to be worked upon. India of my dreams would be a place where people are not discriminated based on their caste, creed or religion.

I dream of India as being a place free of corruption. It would be a place where the political leaders would be dedicated to serving the countries rather than fulfilling their own selfish motifs.

India has seen rapid growth in the field of technology. I want it to grow at an even greater pace and attain newer heights to make its place among the first-rate countries.

I dream of India where people of different castes, creeds, religions, ethnic groups and economic/ social status live in perfect harmony with each other. There should be fair play and the government must ensure equal employment opportunities for all its citizens.

India of my dreams would be a country where freedom of equality is enjoyed in its true sense. It would be a place where no discrimination is done on the basis of a person’s caste, creed, religion or social/economic status. I also dream of it as a place that sees an abundance of industrial and technological growth. Here are some of the areas that particularly require attention.

Though more and more women are stepping out of their homes and making a mark in different fields there is still a lot of discrimination against women in our country. From female foeticide to restricting women to household tasks, there are a lot of areas that need to be worked upon. Many non-profit organizations have come forward to promote women empowerment. However, we still have to work a lot on changing the mindset of society. I dream of India that sees women as an asset, not a liability. I want it to be a place where men and women are treated as equals.

Though the government of India is making efforts to promote the significance of seeking education, many people in the country still don’t realize its importance. India of my dreams would be a place where education is made mandatory for all. The government must go a step further to ensure that no child in the country is devoid of education.

Many qualified youths in the country fail to get good employment opportunities. The opportunities are either limited or do not pay enough to the deserving candidates. This is mainly because of weak industrial growth. There are certain other factors such as reservations that bar the deserving candidates from getting a good opportunity. Many of the youths who fail to get good employment opportunities in India fly abroad and put their minds to work for the economic growth of other countries while others roam around unemployed.

The country is still not completely free of discrimination on the basis of caste, creed, and religion. It is sad to see how people belonging to the lower and weaker sections are even denied their basic rights in certain parts of the country. Besides, there are various fundamentalist and separatist groups that provoke people to propagate their religion and talk ill about the others. This often leads to unrest in the country. I dream of India where people are not discriminated based on their caste and religion.

Corruption is one of the main reasons why India is unable to grow at the speed at which it should. Instead of making an effort to serve the country, the political leaders here are busy filling their own pockets. I dream of India where the ministers are dedicated wholly and solely towards the development of the country and its citizens.

India of my dreams would be a country that sees all its citizens as equal and does not discriminate against them based on any criteria. I dream of a place where women are respected and are seen as equal to men. I also want India to see advancements in the field of science, technology, agriculture, and education in the times to come.

India is a country where people belonging to different ethnic groups, castes, and religions live amicably. It boasts of a rich, variegated cultural heritage. Though colonized for a long period of time, India has come a long way ever since its independence. It has seen huge social and economic growth over the last couple of decades. However, there is a lot of economic and social disparity in the county. People are also looked down upon because of their caste and religious preferences in many parts of the country. India of my dreams would be a place where every citizen enjoys true freedom of equality.

There are a number of areas that our country still needs to work upon in order to grow and develop further. Here is a look at the four key areas that require immediate attention:

Education is the building block for any nation. One of the major drawbacks in our country is that people still do not recognize the importance of education. Those living in poverty or below poverty line particularly overlook the importance of getting educated. They do not realize that lack of education is one of the main factors responsible for their poverty. The Government is taking steps to ensure that more and more people have access to education by way of promoting the right of free and compulsory education for children and also by opening adult education schools. India of my dreams would be a place where every citizen is educated and skilled.

Gender discrimination is another issue that needs to be worked upon. While women are becoming aware of their rights and are doing well in various fields, they still have to fight a number of odds in order to make their place in society. The birth of a girl child is still considered a curse in many parts of the country. Girls are not encouraged to go for higher studies. Even those who are well-qualified are expected to look after their family post marriage rather than working outside. At work, the wages paid to women are lesser than that paid to the men and the list of discrimination goes on. I dream of India that is devoid of discrimination against women.

While India has seen a lot of growth and advancement in the field of science and technology, it still requires working harder in this sphere. It is sad to see how genius minds from the country fly abroad to seek employment opportunities and contribute to the technological and industrial advancements of those countries rather than contributing to the development of their own country. I dream of India that offers good employment opportunities to deserving individuals and together with all work towards the further technological advancement of the country.

The crime rate in India is growing by the day. Numerous cases of rape, robbery, dowry, and murder are reported each day and many others go unnoticed/unreported. Lack of education, unemployment, and poverty majorly attribute towards this. India of my dreams would be a country where the government is more sensitive towards the safety and security of the people. It would be a place free from all kinds of crime and exploitation.

India has seen rapid industrial growth, technological advancement, and progress in several other fields over the last few decades. However, there is still a lot of scope for improvement. India was once called the golden sparrow because of the prosperity it enjoyed. I want the country to attain that glory yet again. I do not want it to enjoy just economic richness but also become richer culturally and socially. All the citizens of the country must be treated equally and there should be no discrimination or injustice.

My Plans for Summer Vacation Essay

Essay on Statue of Unity