The International Meatless Day is celebrated on November 25 every year across the globe. It is also known as the International Vegetarian Day. This day is special in the sense that it marks the birth of Sadhu T.L. Vaswani, who was a great Indian educationist and began the Mira movement for the upliftment of Indian education system. He had also established St. Mira’s School in the city of Hyderabad, Sindh. It is in the year 1986 that the campaign for International Meatless Day was started by the Sadhu Vaswani Mission.

The Sadhu Vaswani Mission is an organization for social service having a spiritual aim to serve mankind, particularly the underprivileged and oppressed section of society. The day also holds importance for the Animal Rights Group.

International Meatless Day, 2019 will be celebrated on Monday, November 25.

People across the globe reiterated their pledge to be vegetarian and to ‘Stop All Killings’ of animals. Many programmes and events were organised in the country especially across all the Sadhu Vaswani Mission centers to mark the birth anniversary of Sri Sadhu TL Vaswani.

All the meat and butcher shops remained closed in Uttar Pradesh on 25th November to observe the day. The general secretary of U.P. government had already sent notifications to all districts magistrate to ensure that no meat or butcher shops were opened on this day.

It was proposed in the year 1986 that November 25 – the birthday of Sadhu Vaswani will be celebrated as the International Meatless Day. The day was chosen with a view to take ahead the life and preaching of Sadhu T.L. Vaswani, who had strongly urged the masses globally to adopt vegetarian living. When the campaign started, it garnered huge support and achieved significant success as hundreds and thousands of people had send their vows to this mission to support the cause and go meatless on this day.

Four Indian state governments, viz. Gujarat, Maharashtra, Andhra Pradesh and Karnataka have issued the notice for shutting down the butchers’ shops as well as slaughter houses on November 25, every year in their given states.

Why International Meatless Day is celebrated?

International Meatless Day aka SAK Meatless Day is an integral part of the Sadhu Vaswani Mission. SAK means Stop All Killing Association. The association is headed by Dada J.P Vaswani – the spiritual guru as well as chief of the Sadhu Vaswani Mission. This association is dedicated to the endorsement of a world order founded on the non-violence principle. The people associated with this mission believe that “All Life” must be revered and considered as sacred. This is the first step one can take towards ensuring World Peace. Thus, this mission has a larger mission and not just restricted to preventing animal slaughter.

How often do we find people associating meat eating with world peace? Rarely, right! But this SAK Group believes that the two are interconnected. As long as birds and animals are killed as a source of food for human beings, peace will not be restored on this earth because if a man can slay an animal for food, he can also slay a fellow man to whom he takes as his opponent. The group believes that the chief reason behind world wars is a sense of disrespect towards life.

Also, they believe that when human beings have a set of rights, then why animals are deprived of it? It’s high time when all the lovers of animals should come together and formulate the Animal Rights Charter as well as a charter for laying down the duties of man towards the animal species. Animals have the right to live on this earth as much as we do and therefore even they are entitled to some fundamental rights. And the right that should come very first in the list is that every animal should be allowed to live on this planet without any fear.

No man has a right to take away what he cannot give because when we cannot grant life to a lifeless being we are not even entitled to take the life of one.

How International Meatless Day is celebrated?

The International Meatless Day is celebrated by spreading awareness amongst the people about the campaign called the meatless day. On this day, peace marches are organized in the city of Pune as well as other cities in the month of November each year. Hundreds and thousands of students from schools and colleges take to streets proliferating the Meatless Day campaign and urging people to show reverence towards anything that has life, thereby considering it as a first step towards establishing world peace.

In fact, on this day meatless newsletters are also circulated between the months of August and November to encourage vegetarianism and of course the meatless day.

Since SAK or Stop Killing Association has multiple branches as well as volunteers all over the world – they ask all humanity to join hands with them by refraining themselves from all sorts of food that symbolizes violence – if not for always, but at least for that particular day.

Moreover, following are the various other ways through which this day is celebrated:

With every passing year the popularity of International Meatless Day is growing with the growing number of supporters as well as pledges. The pledges are received from every corner of the world, such as London, Spain, Germany, West Indies, Singapore, Casablanca, St. Maarten and New Jersey, to name a few.

The right to live for animals entails putting a complete ban on the killing of muted beings. This right upholds animals’ right to live without having any fear of getting slaughtered for food, for commercial purposes or for pleasure derived from ‘hunting’.

2. Right to Shelter and Food

The right to shelter and food suggests that animals whether domesticated or not should be given shelter not only when they are sick or old, but also during regular days so that they can be protected from sun, rain and cold. In addition, animals should be provided with enough grassland, grazing grounds and forests for food.

3. Right to Freedom from harassment, cruelty and physical traumas

This right is created to protect animals from every possible form of exploitation, such as twisting, beating, over loading, caging, starving, tying, etc. Then, delivery of animals by force for curly fowls, dissection for experiments in drugs, cosmetics, nuclear tests as well as chemicals should be completely banned.

4. Right to Freedom from Human Exploitation

According to this right, animals should not be harassed for pleasure or commercial purposes. To cite an instance, mostly injections are given to animals so that they may gain more flesh. Instead young calves should be provided with sufficient milk which is their right. Putritin injections which are used to obtain more milk should also be prohibited. Most importantly, animals should not be used for races, fights or circus entertainment.

5. Right to freedom from malnutrition and diseases

The right to freedom of animals from malnutrition and disease suggests that they are equally entitled, like that of man, to have preventive medicines through veterinary hospitals or veterinary clinics. Immediate medical attention should be given to animals residing within the boundaries of Human Habitat shelters.

6. Right to respect, love and security

This right suggests that humans should consider animals as their young siblings and that every creation of God is one family and all lives are blessed by God. It implies man’s responsibilities towards animal species as everyone lives on this same planet and therefore everyone has an equal claim over affection and love.

In the end, it can be said that the international meatless day is celebrated to sensitize human beings towards animal issues and the pain that mankind inflicts on them. In addition, the day also makes people conscious of their dietary requirements and that it is not wise to consume animal produce. The energy level and life expectancy of people improve when the intake of animal flesh is reduced and more and more plant-based foods are consumed.

With more and more people coming under the influence of the Meatless Day Campaign, they are seeing the benefits by saying ‘NO’ to such food as a hotdog, hamburger, rack of ribs or a slab of steak and saying ‘YES’ to a healthy vegetable curry or vegetable salad instead.

Also, the motive of this campaign is not make people become vegetarian overnight, but to help preserve this planet called earth and every possible living species so that it becomes a better place for everyone to live in. Just by avoiding meat consumption one can take a step forward to a better health as well as building a healthier ecological system for all. And, of course, a whole lot of animals will thus get one more day or more to live on this earth! 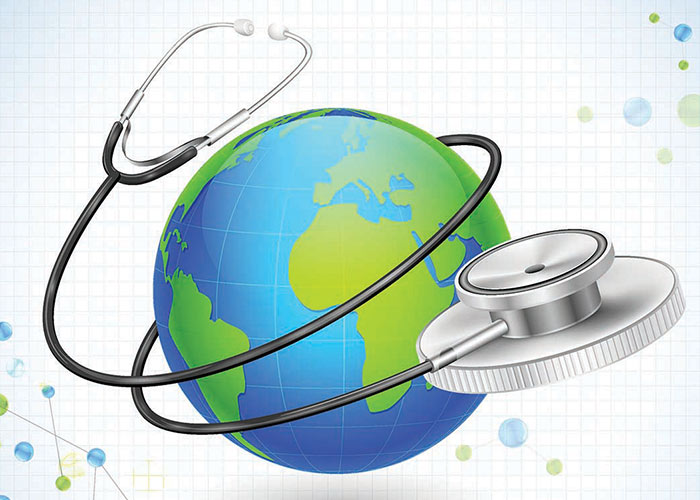