Mahatma Gandhi was a Baniya (Merchant Cast) by birth but he always considered his religion humanity. For him, the war was the blunt weapon and he followed non-violence, the sharpest weapon for getting the freedom.

Martyrs Day (Sarvodaya Day or Shaheed Diwas) in India 2020 will be celebrated on the 23rd of March, Monday. It will be also celebrated on 30th January, Thursday on the martyrdom of Mahatma Gandhi.

The nation paid homage to all the martyrs and freedom fighters of our country who sacrificed their lives for the nation. President Sri Ram Nath Kovind, Vice President Venkaiah Naidu and Prime Minister Narendra Modi paid tribute to Mahatma Gandhi on his 71st martyrdom. Prime Minister also urged people to observe two minutes of silence on Shaheed Diwas in his monthly radio address program ‘Mann Ki Baat’. He also dedicated Salt Satyagrah Memorial in Gujarat to the nation on the occasion.

In Guwahati, two minutes of silence was observed by the District and Sub-Divisional Administrators to pay tribute and commemorate the sacrifices of our martyrs. In Thiruvananthapuram, members of various political parties paid floral tribute to Mahatma Gandhi and organized an all-religion prayer meet on the occasion.

Martyrs Day (Sarvodaya Day or Shaheed Diwas) in India 2019 was celebrated on 23rd of March, Saturday. It was also celebrated on 30th January on the martyrdom of Mahatma Gandhi.

The Martyrs Day on 23rd March 2019 was celebrated with great patriotism by each and every citizen of India. Prime Minister and the members of all political parties paid tribute to Shaheed-e-Azam Bhagat Singh who sacrificed his life for the country at a very young age.

Naman- Shaheedo Ke Sapno ko, a social and cultural development organization organized a march on Shaheed Diwas to pay tribute to the martyrs of our nation who sacrificed their lives on the borders protecting their motherland. The march was flagged off from the Agrico Ground, Jamshedpur. The organization also facilitated around 45 soldiers and their family members on the occasion.

Schools and colleges across the country observed the day by organizing essays, drawing, painting and debate competitions. Dramas and skits by the children showcasing Indian freedom struggle were also organized in schools.

Why Martyrs Day is celebrated on the 30th of January 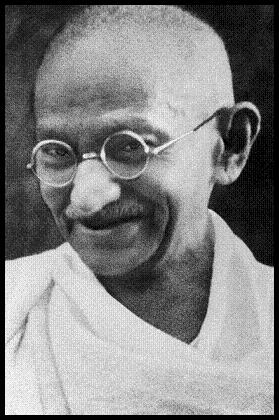 Martyrs day is celebrated on the 30th of January every year as on the same day, Mahatma Gandhi (Bapu) was assassinated in the year 1948 before the sunset during the evening prayers. He was a great freedom fighter of India and counted as the greatest amongst the lakhs and lakhs of martyrs. He did very hard work throughout his life for the independence, welfare, and development of India. 30th of January is the martyr day of the Mahatma Gandhi which was declared by the Government of India as the Martyrs’ Day. Since then, the 30th of January is celebrated as Martyrs’ Day every year to pay tribute to the Mahatma Gandhi.

January 30 of the year 1948 was the saddest day for the country which has become the most poignant day in Indian history. Gandhi Smriti, a place where Mahatma Gandhi was killed at his 78 in the Birla House during evening prayers.

Losing the Father of the Nation just after the hard-won independence under his leadership was the biggest misfortune for the country. He was killed in front of the big crowd came for the evening prayer. After his assassination, a big crowd was gathered in front of the Birla House to have a look at the Bapu. Bapu was the great person who had sacrificed his whole life in company with the lakhs of men and women for the India Independence became a martyr.

So, the Martyrs Day in India is an occasion celebrated every year to memorize all the Indian martyrs and pay tribute to them. After the independence of India, Bapu had started working on the mission for setting up harmony, peace, and brotherhood among the people of India but, he was killed while working on this mission.

Why Martyrs Day is celebrated on the 23rd of March

Bhagat Singh, a well-known freedom fighter in the history of India, was born on the 28th of September in 1907 in the Lyallpur, Punjab in the Sikh family. His father was a member of an organization called Ghadar Party working for the independence of India. Bhagat Singh together with his companions Rajguru, Azad, Sukhdev, and Jai Gopal fought for the assassination of Lala Lajpat Rai. The daring adventures of Bhagat Singh have become a great inspiration for the youngsters of today.

In the year 1929, on the 8th of April he together with his companions threw bombs over the Central Legislative Assembly reading slogan “Inquilab Zindabad”. They charged with the murder and hanged at 7.30 pm in the Lahore jail on the 23rd of March in the year 1931. Their body was cremated at the banks of the Sutlej River. Now a day, a big Shaheedi Mela (Martyrdom fair) is held in the birthplace Ferozepur, at the National Martyrs Memorial in the Hussainiwala (Indo-Pak border).

How Martyrs Day is Celebrated

On this day, the President of India including the Vice President, the Prime Minister, the Defense Minister, and the service Chiefs get together at the Rajghat to the Samadhi of the Mahatma Gandhi to put down flowers garland to the statue of Bapu. An honorable salute is then given by the armed forces personnel and inter-services contingent to pay respect to the martyrs.

Then, the gathered people keep silent for 2 mins in the memory of the Bapu, Father of the Nation, and other martyrs throughout the country. At the same place, religious prayers and bhajans are sung by the loved ones.

Children of the schools from Kolkata are dressed like Bapu and gathered to play a role in the function on this day. The various other functions related to the Bapu’s life are carried out by the schools’ students while celebrating the Martyrs Day.

However, in India, more than one Martyrs Day (also called the Sarvodaya day at the national level) has been declared to honor the other martyrs of the nation.

The 13th of July is also celebrated as the martyrs day in India in the Jammu and Kashmir to memorize the death of 22 people. They were killed by the royal soldiers while demonstrating adjacent to the Maharaja Hari Singh of the Kashmir on the 13th of July in the year 1931. 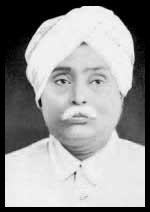 17th of November is celebrated as the martyrs day in Odisha to observe the death anniversary of the Lala Lajpat Rai (also famous as the “Lion of Punjab”). He was a leader and freedom fighter during the independence of India from the British Raj. 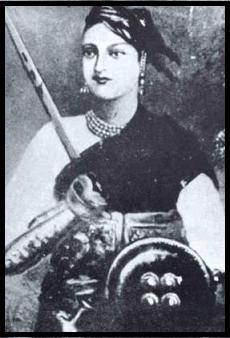 The 19th of November (birthday of Rani Lakshmibai) is also celebrated as the martyrs day in the state of Jhansi. It is celebrated to pay honor to those who sacrificed their lives during the rebellion of the year 1857. Rani Lakshmibai was the leading figure of that rebellion.

> “Martyrs, my friend, have to choose between being forgotten, mocked or used. As for being understood – never.”

> “The people who have really made history are the martyrs.”

> “The blood of the martyrs is the seed of the church.”

> “Men do not accept their prophets and slay them, but they love their martyrs and worship those whom they have tortured to death.”

> “They’re not put on earth to be martyrs; they have to want to come out. It depends on your culture, where you work, where you live. Each person’s circumstances are unique.”

> “It is truer to say that martyrs create faith more than faith creates martyrs.”

> “Martyrs do not underrate the body, they allow it to be elevated on the cross. In this, they are at one with their antagonists.”

> “Great persecutors are recruited among martyrs whose heads haven’t been cut off.”

> “We, who are the living, possess the past. Tomorrow is for our martyrs.”

> “All religions have periods in their history which are looked back to with retrospective fear and trembling as eras of persecution, and each religion has its own book of martyrs.”

> “These martyrs of patriotism gave their lives for an idea.”

> “They may torture my body, break my bones, even kill me. Then they will have my dead body, but not my obedience.”