Minorities Rights Day in India is a very significant day in order to promote and preserve the rights of people belonging to linguistic, religion, castes and color minority. In India, frequent disagreements and discussion on majority-minority issues creep up creating religious and political disharmony.

Even though the Indian Constitution has always advocated and provided equal and fair rights to all the communities including minorities, but certain issues concerning the rights of minorities keep creeping in. By celebrating Minorities Rights Day in India, each state focuses on issues related to minorities as well as ensures that the minorities’ rights are safe within their province.

Minorities Rights Day in India 2019 will be celebrated all over India on 18th of December, Wednesday.

There are various seminars which will be held on the occasion discussing the current status of the minorities groups. Discussions will also focus on the upliftment of the minorities which are overseen in the development schemes.

Many talks and awareness campaigns would also be organised on the day to make people understand their minority rights as well as make them aware about the minorities schemes of the government.

India celebrates Minorities’ rights day on 18th of December every year, as introduced by the United Nations. The day is celebrated for promoting the actual and legal rights of Minority communities. It has been observed in our country that employment opportunities, educational upliftment and financial inclusion are the major areas wherein minorities are left behind. If they get appropriate guidance and support in these and other areas, people from minority communities may also play a significant role in the growth of the nation.

Some leaders who support and work for the benefit of minorities feel that the agenda of India is not been set by the minorities, in fact, minorities are still struggling to save their lives and means to protect their religion and traditions. Since the most important agendas have been set by the leaders from the majority community, they primarily address their issues overlooking the issues faced by the minority community and hence both are at loss. This is a critical situation and getting more difficult for people of minority communities to overcome this situation.

The leaders who discriminate between the majority and minority communities must understand that people belonging to minority community especially Muslim people in India are Indian by choice not by chance and they don’t require presenting any proof of their loyalty or patriotism. Being Muslim or from any other community and staying in India is sufficient enough to prove that they are the patriot.

The political leaders should ensure that people of minority community do not live under any fear. They should get encouragement and equal rights which will increase their confidence and only then will the country flourish.

Why Minorities Rights Day is Celebrated

Worldwide, minorities’ rights day is celebrated on 18th of December every year, for promoting the actual and legal rights of Minorities. Since every country has various linguistic, ethnic, cultural and religious minorities group, it becomes the duty of the country to provide all the facilities and rights to the minorities group irrespective of the size, religion and population.

By providing equal rights to the minorities no politicians are doing any favor to them, in fact, it’s their actual rights. A country which does not discriminate between people on the basis of caste, religion or community displays the actual spirit of democracy. There are several examples across the world when a specific minority group had to struggle and suffer because of political and policy discrimination.

In order to handle such state of affairs and to discontinue the occurrences of inequity and unfairness against the minorities, the United Nations adopted and publicized the Declaration of Minorities Rights Day which discourages the countries to discriminate amongst people basis religion, language, nationality or ethnicity.

The UN also declared that all countries and people in authoritative positions shall protect the existence of the linguistic, cultural, ethnic and national identity of minorities inside their respective provinces; they should also encourage and support situations and promote such identities. The declaration was a grand step in safeguarding the minorities group across the world.

How Minorities Rights Day is Celebrated in India

Every year, Minorities Rights Day in India is celebrated on 18th December, by the National Commission for Minorities. The day is celebrated in order to protect and promote the rights of minority communities; it also advocates religious harmony, respect and better understanding amongst all minority communities irrespective of the caste, color, linguistic, ethnicity and religion. Every member of the National Commission for minorities including the chairman, as well as the Vice-chairman participates in the Minorities Rights Day.

On 18th December 1992, United Nations adopted and broadcast the Statement on individual’s Rights belonging to Religious or Linguistic, National or Ethnic Minorities. The UN announced that cultural, religious linguistic and national identity of the minorities shall be respected, preserved and protected by the states and within individual territories. The state government shall also improve the conditions for promoting the national, linguistic, religious and cultural identity.

Many leaders of Minorities find it disappointing that the country like India which is one of the democratic countries is in the hands and power of such people who do not value and accept varieties. India is rich in culture and variety and the country must follow the popular slogan ‘Unity in diversity’.

Since the time India got independent, rights of minorities have been able to find a position in the Indian Constitution but the minorities feel that they have not been given those rights in the appropriate manner. This implies that the written words have not been truly translated into reality. The minorities irrespective of their language or religion have been constantly complaining about the discrimination that they undergo in every aspect of their lives.

Rights of Minorities in Indian Constitution

The Constitution of India ensures equal rights and justice to all citizens. The Indian Constitution has adopted several measures for safeguarding the rights of the linguistic, ethnic, cultural and religious minorities; it also takes care of all those people who are economically or socially disadvantaged people irrespective of their caste, culture and community such as scheduled tribes and scheduled castes people.

The Constitution of India has implemented several provisions for protecting the interests and rights of the people belonging to minority groups. The country India has declared itself a secular country and no particular community or religion has been declared as the national religion as such. People in India are free to follow the religion of their choice and are allowed to visit holy places or shrines as per their wishes.

Article 16 confirms that in cases of public employment, no unfairness or inequity shall be allowed on the basis language, caste, creed, color, race or religion. This suggests that every citizen of India must get equal and fair service opportunity in public services and government offices.

Article 25 of the Indian Constitution ensures religion freedom to every individual. It ensures that each member of the religious, linguistic or ethnic minority community have the unrestricted authority to pursue their own religion. The state regulates the practice of a religion only when and to the extent it disturbs the public peace. The minorities have the right to follow the religion of their choice and they can also publicize it. But the State legislation has the right to regulate religion conversion through temptation, threat or force. Any such conversion is prohibited because it disregards the freedom of conscience in individuals.

According to Article 29 of Indian Constitution, people belonging to linguistic or religious and linguistic minorities have the rights to set up and manage their own educational institutions. The people of minority communities have unlimited and unrestricted rights to endorse, support and preserve their culture and religion. India is recognized worldwide for its cultural diversity and India as a country is devoted to protecting her cultural diversity. A suitable example is that even though Hindi is declared as the official language of India, primary and major education is imparted through the mother tongue in most of the states of India. To add on, there are approximately 20 official languages followed in India.

Article 29 of Indian Constitution also prohibits favoritism, impartiality and discrimination basis language, caste, religion, race, during the admission at any educational institutions run by the authority, private institutes or any institute that receives aids from the State Government. This is a punishable offense in the eyes of law and any educational institute disallowing or denying admission to a student basis language, caste, religion, race may face litigation resulting into heavy penalty as crucial or may even lose the school license, as deemed fit.

The National Commission for Minorities (NCM) has been set up by the Union Government under the National Commission for Minorities Act, 1992. As reported by the Union Government there are a total of six religious communities including Muslims, Sikhs, Buddhists, Christians, Parsis (Zoroastrians) and Jains considered as the minority communities.

Minorities in India are an indispensable part of the country and contribute equally to the growth and development of the country. They hold high positions in almost every field including government offices, politics, engineering, civil services and almost every field. Thus, the minorities of India are highly safe and their rights are completely secured and protected in comparison to many other countries across the world.  India is a developing country and people here must behave sensibly if any majority-minority issues arise. No person should get influenced negatively and harm each other, thereby creating unrest in the country. 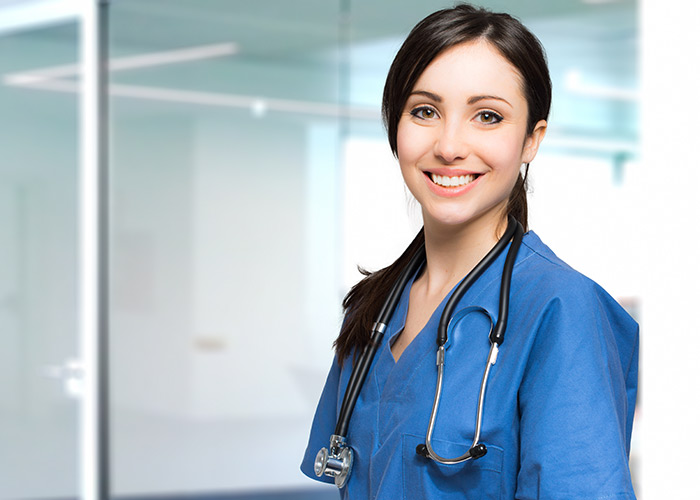