Cashless India is a mission launched by the Government of India led by Prime Minister Narendra Modi to reduce dependency of Indian economy on cash and to bring hoards of stashed black money lying unused into the banking system. The country embarked upon this transition to a cashless economy when the government took the revolutionary step of demonetization of old currency notes of Rs 500 and Rs 1000 on November 08, 2016. This move was targeted at the fake currency circulating in Indian market and the black money that somehow escaped the radar of tax authorities.

Post demonetization acute shortage of currency in Banks and long queues outside ATMs, gradually turned people towards digital transactions, one of the prime requirements under cashless India. If the government succeeds in providing secure and fast digital payment methods to the consumers and merchant establishments across the nation, then the dream of India becoming a completely cashless economy will materialize.

We are here providing a variety of long and short essay on Cashless India to empower the students with ready material available online in different word length – in 100, 150, 200, 250, 300 and 400 words.

These Cashless India Essay written in a simple language will help the students choose any one as per their requirements.

After going through these essays you will understand the concept of cashless India and its benefits on the economy.

You can use the essays in your school/college competitions for writing essays, debates or giving speech.

It was on 8 November 2016 that the Government of India took the whole country by storm by announcing that the currency notes of Rs 500 and Rs 1,000 were no longer legal tender. The government move aimed at curtailing the menace of black or counterfeit money which is largely used to fund criminals and terrorists as part of a parallel economy. The acute shortage of money in the wake of this decision led to long queues of people outside ATMs or banks seeking to exchange their notes or withdrawing cash.

But eventually, the move has turned out to be a push towards cashless India that is bound to pave the way for a cashless economy, marked by greater transparency, ease and convenience in monetary transactions. 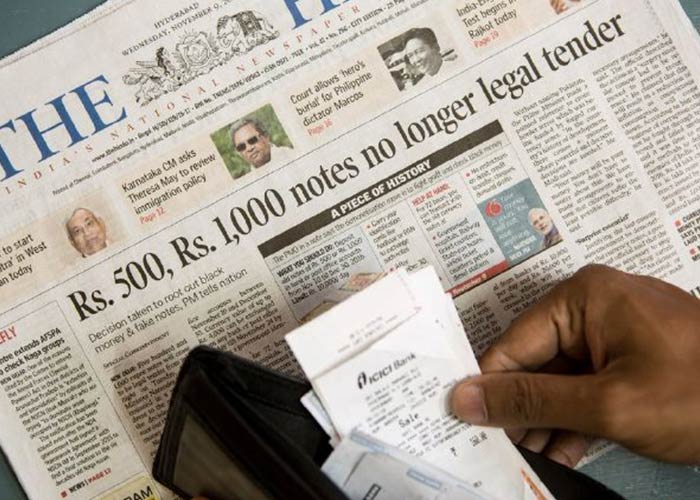 The Union government’s demonetization initiative and the subsequent drive towards developing a cashless India have invited its share of both bricks and bouquets. There have been widespread protests organised by the opposition parties across the country against the cash crunch in the wake of ban on old currency notes of Rs 500 and Rs 1000.

However, the initial difficulties have subsided now and the people are beginning to realize the safe and convenient modes of digital payment. Moreover, to encourage the people to further go for cashless modes, the Narendra Modi Government has provided a slew of incentives and measures.

The latest World Bank report has mentioned that the demonetization will not have any long-term adverse effect on the health of Indian Economy. Rather it will prove beneficial with growth of the Indian economy rising to 7.6% in fiscal year 2018. Liquidity expansion in the banking system post-demonetization has helped the banks to lower lending rates, which in turn is bound to lift economic activity.

The Union government headed by Prime Minister Narendra Modi has been moving towards realizing his vision for a cashless India, ever since the demonetization of the old currency notes of Rs 500 and Rs 1000, which was announced by it on November 8, 2016. It was really a bold move considering the fact that in India people are more reliant on cash than in other countries of the world. Suddenly, there was severe shortage of cash in the wake of this decision and people had to encounter great difficulties in buying things they wanted with little cash available in banks and ATMs they would throng in unending queues day and night.

Conclusion: However, the benefits of this move have now started trickling in with more and more people switching to digital modes of receiving and making payment. India is gradually transitioning from a cash-centric to cashless economy. Digital transactions are traceable, therefore easily taxable, leaving no room for the circulation of black money. The whole country is undergoing the process of modernisation in money transactions, with e-payment services gaining unprecedented momentum. A large number of businesses, even street vendors, are now accepting electronic payments, prompting the people to learn to transact the cashless way at a faster pace than ever before.

Cashless India is a term coined recently after the Union government went ahead with its plans to demonetize currency notes of Rs 500 and Rs 1000. Initially, it led to severe criticism as people faced great difficulties in exchanging the old currency notes or withdrawing cash from their accounts.

According to the critics of the government, adequate arrangements should have been made in advance to support the people in dealing with cash crunch in the wake of this move towards cashless India. Also, adequate security measures are required to guard online transactions against fraud which is very common in India. They critics further argue that due to unavailability of required cash flow in the market, many people died and lost their jobs, painting a scary picture of India becoming cashless post-demonetization.

However, after the demonetization of the currency notes of Rs 500 and Rs 1,000, the country has witnessed a surge in cashless transactions through the digital mode, be it through credit/debit cards, mobile phone applications, Unified Payments Interface (UPI), BHIM (Bharat Interface for Money) app under Aadhaar Enabled Payment System (AEPS) or e-wallets etc.

Conclusion: True, there are difficulties in implementing the idea of cashless economy in a vast country like India where a large number of people are living under misery and poverty, yet a beginning had to be made someday. Today, there is a sea change in the mindset of people with regard to digital means of monetary dealings which are safe, easy, convenient and transparent. There is no place for black money or counterfeit currency in cashless India.

Cashless India is a recently introduced phenomenon targeted to bring a sea change in the country’s economy by the Indian government, transforming the cash-based economy into cashless through digital means.

However, still there are various challenges to be addressed if we want to make India cashless in true sense. India is a vast country and the convenience of making transactions through the online mode is not available across the country. In small cities and villages, the people are mostly suffering due to acute cash crunch situation. To make India cashless in true sense, investment is required to be made in enhancing the facility required on a mass scale for cashless transactions across the country.

Handling the flow of cash with digital technology has a range of advantages. Cashless transactions have made people keep all their cash into the bank and hence liquidity in the banking system has increased. Also, it has stopped the flow of black money, up to some extent. Now the banks and financial institutions have more money to lend to the people to support the growth of Indian economy. The other most important advantage is that this situation will make people pay their taxes in a transparent manner; hence the government will have more money to run various schemes meant for the welfare of the public.

Conclusion: Post-demonetisation, the people have finally started believing in the power of the plastic money in the form of credit card/debit card, and other channels of electronic payment. Online banking has gained prominence due to unavailability of enough cash in the market. Moreover, E-commerce modes of making payments have also become popular, as most of the people have now started making payments of even Rs 50 through the digital modes. All these developments are considered to be good for the healthy growth of the economy.

Cashless India is a move that has assumed significance in the backdrop of demonetisation of high value currency by the NDA government at the Centre. On November 8, 2016, Prime Minister Narendra Modi announced demonetisation of currency notes of Rs 500 and Rs 1000 and took the people by surprise. People standing in spiralling queues at ATMs and banks’ counters to exchange their old currency notes or withdraw cash became a familiar scene across the country.

However, the new cashless revolution ignited by this move has gradually started changing the mindset of people, who were earlier mostly dependent of currency notes only for doing transactions.

Conclusion: A part of Digital India programme, the concept of cashless economy in India is centred around the vision of transforming the country into a society, which is digitally enabled and empowered by several modes of cashless transactions. Consequently, digital modes like credit/debit cards, mobile wallets, banks pre-paid cards, UPI, AEPS, USSD, Internet banking etc have gained in currency, leading to cashless India in near future.

Essay on Make in India

Shailja is one of those who is lucky to have turned her passion into her profession. A post graduate in English Literature, writing comes naturally to her and she is doing what she does best - writing and editing. An avid reader, a fashion junkie, nature lover, adventure freak and a travel enthusiast are some of the other terms that describe her.