“Make in India” was launched by the Government of India on 25th September 2014. As the name suggests, it calls on industries, entrepreneurs and small business houses to set up their manufacturing facilities within India. Within a year, after the launch of program, India surpassed USA and China in terms of Foreign Direct Investment (FDI) with $60.1 Billion. Make in India campaign primarily covers 25 sectors of economy like automobiles, biotechnology, aviation, chemicals and defence exports etc.

Inspired by the Make in India initiative, may state governments have also launched their own programs like “Vibrant Gujarat”, “Happening Haryana”, “Make in Odisha”, “Magnetic Maharashtra”, and “Tamil Nadu Global Investors Meet” etc. Since the launch of Make in India campaign, India has moved up in the ranks of ease of doing business. The campaign is expected to bring more investments on Indian soil resulting in unprecedented economic growth.

Long and Short Essay on Make in India in English

We have provided variety of essay on make in India in order to help students as they generally get assigned for writing essay in their classrooms, during exams, or any competition.

All the make in India essay are written using very simple words under various words limits according to the needs and requirements of the students of different class standard.

Essay or paragraph writing competitions are generally held in the schools or colleges in order to improve the skill level of students on various topics.

Make in India campaign is a new plan launched by the Prime Minister of India, Narendra Modi, to give foreign investors a chance to invest in India in number of businesses. It is an initiative campaign run by the Government of India to cheer up multinational companies as well as domestic companies at national and international level in order to manufacture products in India. It is the effort made by the PM to bring employment in India. This campaign was launched by the Prime Minister on 25th of September in 2014 at the Vigyan Bhawan in New Delhi. 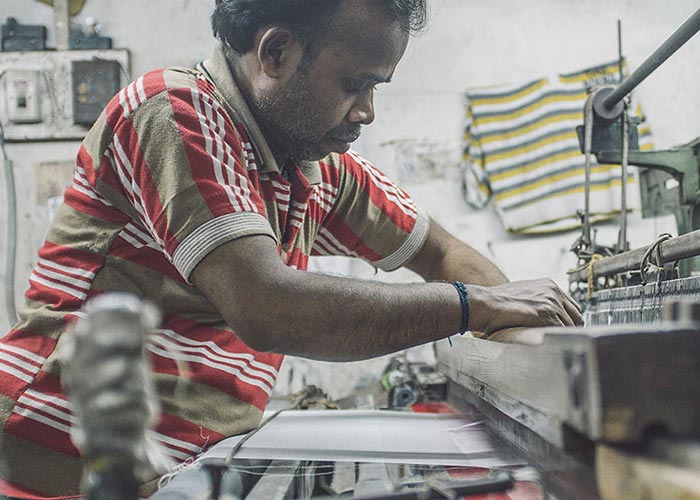 Make in India is a campaign launched by the PM, Narendra Modi, which facilitates all the big business investors worldwide who want to do business in India. This programme was launched in 2014 on 25th of September by the PM at the Vigyan Bhawan in New Delhi. It is a big step taken by the government of India to reduce the level of unemployment faced by the youths of the country. This campaign was launched a day after the Mars mission when PM was to go on his first visit to the USA as prime minister of India.

The aim of launching this campaign in India is to make India a world level manufacturing powerhouse which will definitely help in solving the biggest issue of Indian economy. This initiative was launched with new deals for foreign investors successfully in New Delhi with the top industrialists of India including Mukesh Ambani (Reliance Industries chairman), Azim Premji (Wipro chairman), etc.

Make in India campaign was launched on 25th of September in 2014 in the New Delhi at Vigyan Bhawan. This campaign is to lead India towards an effective destination as well as grow the Indian economy ahead. It provides a successful track of employment to the youths of country which will surely help in reducing the poverty level and other social issues in India.

Make in India is a call to the top investors all across the world by the Indian Prime Minister, Narendra Modi, that come to India and grow your business by manufacturing products here. The PM of India said to investors that no matter in whatever country you sell your products however you should manufacture in India. Youths of the India have enough talent, skill, discipline, and determination to get the goal.

Make in India campaign provides all the top investors a favorable opportunity to come in India and invest in businesses from electrical to electronics, from automobiles to agro value addition, from satellite to submarine, etc. At the Vigyan Bhawan in New Delhi, PM made an announcement regarding make in India plan to boost economy in the presence of top businessmen such as Mukesh Ambani, Kumar Mangalam Birla, Cyrus Mistry, Azim Premji, etc.

Make in India is an ambitious campaign launched by the Prime Minister Narendra Modi on 25th of September in 2014 in New Delhi. The purpose of launching this campaign is to make India a destination of global manufacturing hub. In order to make this campaign a successful one, the PM of India met to the top 40 CEOs of several Fortune 500 companies. This plan was launched in the presence of top CEOs from India Inc, ambassadors, international industry leaders, ministers, government officials, etc.

This campaign has targeted to make a call to top companies of well identified countries. Some selected domestic companies who are leading in the field of innovation and new technologies have also been invited. There is a special unit in the Commerce Ministry named “Invest India” which helps in guiding all the top foreign investors in terms of regulatory and policy issues as well as assists in obtaining the regulatory clearances.

The government of India is making a huge effort in order to reduce any type of burden on the investors. There is an arrangement of a dedicated team ready to answer all the queries from business entities through the web portal (makeinindia.com). There is a back-end support team also in order to response specific queries within 72 hours of duration. Almost 25 key sectors (such as aviation, chemicals, IT, automobiles, textiles, ports, pharmaceuticals, leather, hospitality, tourism, wellness, railways, etc) have been identified by the government to work for the investors and become a world leader.

The Prime Minister of India, Shri Narendra Modi has launched an initiative named Make in India on 25th of September, 2014 in New Delhi. The aim of this campaign is to provide India an economic global recognition. While launching the programme, PM said that investors should take it as an opportunity and not as market in India. This campaign aimed to renew an Indian economy from services-driven growth model to the labour-intensive manufacturing-driven growth. A successful implementation of the programme will be the reason of employment for more than 10 million people in India. This is an effective plan which will attract top foreign companies to set up their business here in India.

In order to attract foreign capital, there has been made huge changes in the defense manufacturing and insurance sectors, however according to the analyst it needs to do in more effective manner. More employment in the country will boost the purchasing power of common man. India is a country having unique combination of demography, democracy, and demand which can benefit the investors.

Because of the lack of resources and clarity on policy issues, Indian businessmen too were planning to quit India and set up their business somewhere else. If this happen, will cause more poor economy. Make in India campaign with various effective resources will draw the attention of worldwide top businessmen to invest in India for any related business. In order to avoid the compulsion of Indian businesses to another country, PM has launched this attractive plan. The dream of PM Narendra Modi

is to make this country free of unemployment by bringing development and growth-oriented employment through his effective governance. Poverty in India can be reduced to a great level by solving the unemployment issue for youths which in turn may solve various social issues.

Make in India campaign was launched in new Delhi by the Prime Minister Narendra Modi on 25th of September in 2014. It is an initiative to make a call to the top business investors all across the world (national or international) to invest in India. It is a big opportunity to all the investors to set up their business (manufacturing, textiles, automobiles, production, retail, chemicals, IT, ports, pharmaceuticals, hospitality, tourism, wellness, railways, leather, etc) in any field in the country. This attractive plan has resourceful proposals for the foreign companies to set up manufacturing powerhouses in India.

Make in India campaign launched by the Indian government focuses on building the effective physical infrastructure as well as improving the market of digital network in the country to make it a global hub for business (ranging from satellites to submarines, cars to softwares, pharmaceuticals to ports, paper to power, etc). The symbol (derived from national emblem of India) of this initiative is a giant lion having many wheels (indicates peaceful progress and way to the vibrant future). A giant walking lion with many wheels indicates the courage, strength, tenacity and wisdom. The page of Make In India on the Facebook has crossed more than 120K likes and its twitter followers are more than 13K within few months of launching date.

The successful implementation of this plan will help in the 100 smart cities project and affordable housing in India. The main objective is to ensure solid growth and valuable employment creation in the country with the help of top investors. It will benefit both parties, the investors and our country. The government of India has created a dedicated help team and an online portal (makeinindia.com) for the easy and effective communication of investors. A dedicated cell is committed to answer all the queries from business entities anytime.

Essay on Uses of Internet