Christmas is celebrated on 25th December every year by the world Christian community. The day holds much significance for Christians as they believe that Jesus Christ was born on the same day at Bethlehem. It is observed as a public holiday in several Christian majority countries. Also, in some countries where Christians are in minority, it is still observed as a holiday.

Christmas is celebrated on 25th December by the world Christian community. It commemorates the birth of Jesus Christ and is thus celebrated with religious fervor.

Christmas is being celebrated for thousands of years and has mostly evolved from an old pagan festival celebrating the winter solstice. People celebrated the arrival of long sunny days and the exit of winter. The arrival of hotter days meant that people could now go out to earn money and do a lot of things.

The most important rituals of Christmas involve decorating the house, distributing gifts and feasting with family and friends. People start preparing for the festival months in advance. Children love to shop for the Christmas tree, which is the most important thing around Christmas. 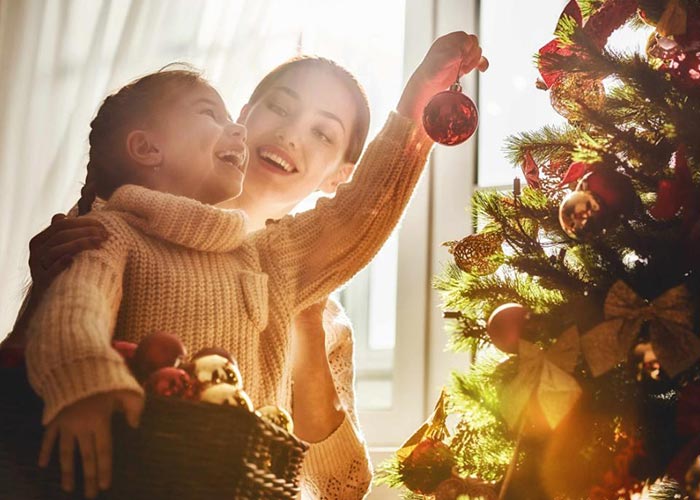 Elders hide several gifts for the children in stocking in the Christmas tree. Children wait for the day when the gifts will be revealed to them and they will happily celebrate with the family.

Many workers in shopping malls and market places are dressed as Santa Clause for the entertainment of the customers and the children accompanying them. Special events are organized in the schools/colleges and offices before they close for the holiday.

It is also the time of the year when people meet their relatives and friends and make sure that they eat Christmas feast together.

Was Jesus Really Born on Christmas?

There is no historical reference to the date of birth of Jesus being 25th December; neither in the Gospels nor any other religious text. However, theologians believe that he was born sometime between 6 BC and 4 BC. The early Christian Churches weren’t celebrating the birth of Jesus.

It was only around 440 A.D. that the church officially declared December 25th as the birthday of Jesus Christ. This proclamation was however based on an old pagan festival, rather than any documented proof of Jesus’ birth.

In the bible itself, it is indicated that December 25th is unlikely to be the birth date of Jesus Christ as December in Palestine is a very cold month and the shepherds around this month are not out on the fields but inside the house.

Christmas is observed as a public holiday in India. Many schools, colleges, and offices are closed on Christmas. Indian Christians begin the day by visiting the church in the morning. Churches are specially decorated and special sermons are read.

People decorate their houses, greet each other and dine together with family and friends. Gifts are also given to children and other family members.

Christmas is nonetheless a festival of joy and calls for a grand celebration. Another most significant aspect of Christmas is that it is a secular festival that is it promotes giving, sharing and caring across any demographic division.

Every year on 25th December, Christmas is celebrated by the Christian community. The festival is celebrated on the day when Jesus Christ was born. The tradition and custom of Christmas are billions of years old and are celebrated with great festive fervor.

Christmas as a Holiday

Countries, where Christmas isn’t celebrated as a public holiday, include Libya, Maldives, Kuwait, Tajikistan, Turkmenistan, Somalia, The United Arab Emirates, and Pakistan among others.

Traditions of Christmas dates back to thousands of years and have their roots in a mid-winter festival observed to celebrate the arrival of long sunny days. Thereby it signifies the going of long, harsh winter and the arrival of more productive hot days. Therefore, Christmas is celebrated as a festival of joy throughout the world.

There is a tradition of decorating the houses with the Christmas tree, lights, and other decorative articles. Christmas trees are also decorated with lights and stuffed with small gifts for the children and family.

Elders of the family place gifts in the Christmas tree as a surprise for the children. Children eagerly wait for the night of Christmas when they are allowed to open their gifts. Family and friends also visit each other and often dine together during the Christmas month.

The traditions of Christmas have often been speculated to being pagan or non-Christian. The tradition of giving gifts and stuffing stockings with them reflects an ancient tradition that has been in existence, even thousands of years before Christianity.

In the past couple of centuries, the modern Christmas festival has evolved as a mix of original celebrations around the birth of Jesus and old pagan midwinter celebrations.

Christmas is one of Christianity’s most significant holidays and most celebrated in this World. It is the festival of sharing, decorating, and happiness. It is also the day when the divide between the poor and rich is diminished and a smile is brought to the face of everyone.

What is special about Christmas?

The most special thing about Christmas is that it celebrates the birth of Jesus Christ, the son of God. The date 25th December had been a very special date for the world Christian community for billions of years.

The day stirs up many emotions of joy, caring and giving among billions across the globe. It is also a time to worship, visit the church and to introspect into your soul. Community feasting is also held for the poor and needy.

Christmas becomes more special when it brings a smile to the faces of millions of faces including the rich and the poor. Those who find it hard to buy a gift or celebrate due to financial constraints are overwhelmed by the affluent and helped by giving gifts and sharing food.

The term Merry Christmas is popularly used during Christmas celebrations throughout the world. Though the festival of Christmas is billions of years old, the term “Merry” was only recently added to it in the 19th century.

The term “Merry Christmas” originated in England, and was introduced by authors like Charles Dickens and Washington Irving, who used the term in several of their writings.

The term Merry Christmas signifies the tradition of being merry and make merry. In other words, it is a festival of joy, staying joyful and making others happy.

Families go out to purchase, a Christmas tree, which is an important attraction during Christmas. Gifts are brought for the children, family, and friends and also for the poor. Children are the most excited and happy around Christmas, for they get many surprises and gifts.

On the night of Christmas, an open feast is organized, in which the family and friends feed around a bonfire. The food is also distributed among the poor and underprivileged.

Christmas is a special festival in more than one way. It is the day when Jesus Christ was born, however, it is also the day when the divide between the poor and rich is diminished and a smile is brought to the face of everyone. The festival teaches to tend to the needy and be considerate towards humanity as a whole.

Christmas is a major festival celebrated by the worldwide Christian community on 25th December, commemorating the birth of Jesus Christ. It involves weeks-long festive preparations, exchanging gifts, community get together and feasting. It is also a public holiday in many of the world’s countries.

Christmas celebrates the birth of Jesus Christ, whom the Christians consider as the son of God. The name Christmas has been derived from Christ’s Mass or the Mass of the Christ. The term Mass is used to indicate an act of worship that culminates in celebration.

Traditionally “Masses” include reading sermons and offering bread and wine to the poor and other members of the community. Therefore, the true meaning of Christmas is to give and take care of the needs of those who can’t look for themselves.

Brief and Real History of Christmas

Even before the birth of Jesus Christ, the middle of the winter season had long been a time of celebration throughout the world. Civilizations had been celebrating the winter solstice for long as the arrival of sunny days and the exit of long harsh winter.

The celebration of Christmas in western Christianity begins the day before Christmas that is on 24th December. This has possibly its roots in the ancient Jewish celebrations and also in the story of creation in the Book of Genesis which states that “And there was evening and there was morning- the first day”.

Christmas Day is celebrated as a public holiday in many countries around the world, even in the countries where the Christian community is in minority. Many countries with a low population of Christians also celebrate the day as a secular event. Gift and other articles are distributed among the poor and also a feast is organized. Anyone from any background is invited in the feast which is especially meant for the poor.

Christmas tree is another most significant part of the celebrations. In western countries, there couldn’t be a Christmas celebration without the Christmas tree. People spend hours choosing the best Christmas tree for their house and requirements. The tree is brought home and decorated with lights, gifts, and other articles.

Though Christmas celebrates the birth of the son of God Jesus Christ, the main spirit of the festival lies in giving and sharing. It is a festival when the poor are fed, gifts are exchanged and no one is left hungry without a smile on his/her face.