Cows are commonly found domesticated hoofed ungulates. They are used as livestock, mainly for milk and milk products; though, in some western countries cows are also reared for meat and hide. In chiefly agricultural economy as India cows are revered for their productivity and Hindus give their cows a social status as equivalent to a mother.

Cow dung is often used in religious worships. In rural India cows supplement a family’s income and nutritional needs by giving milk and cow dung which is used as fuel. Cows have been an integral part of human civilization since its inception. Their low cost of maintenance and high productive value has made cows, one of the man’s most favoured livestock.

Long and Short Essay on Cow in English

Cow is a very famous and important domestic animal.

It is known as the “Cow is our Mother” in India. Kids are generally assigned to write essay on cow in their classroom or exams.

So, various types of cow essay are provided here in different words limit for your school going kids and children.

You can select anyone of these essays:

Cow is our mother. It is a most important domestic animal. It gives us a very healthy and nutritious food called milk. It is a pet animal and many people keep her in their houses for many purposes. It is not a wild animal and found in many parts of the world. Everyone gives respect to the cow like a mother. Cow is worshiped in India as a goddess from the ancient time. People in India brings her at home as a dhan Lakshmi. Cow is considered as the holiest animal among all the animals. It is found in many varieties differentiating in the shape, size, colour, etc. 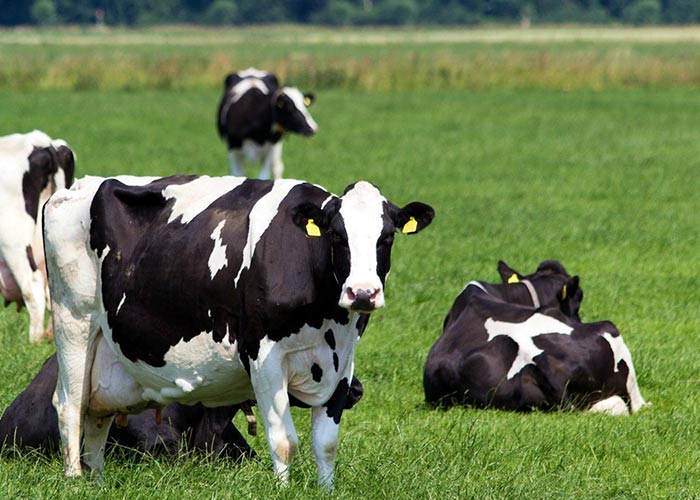 Cow is very useful animal and gives us milk. Milk is considered as the complete and nutritious food. Cow is a domestic and religious animal. In India, it is ritual and custom to worship Cow. Cow’s milk is used in the pooja, abhisek and other holy purposes. Cow is called by everyone as “Gau Mata” to give her mother like status in the Hindu religion. It has a large body, four legs, one long tail, two horns, two ear, two eyes, one big nose, one big mouth and one head. It is found in almost every regions of the country.

It is found in different shapes and sizes. Cow found in our country become small however big cows are found in other countries. We should take good care of the cow and give her goods quality of food and clean water. She eats green grasses, food, grains, hay and other things. First she chews the food well and slowly and swallows to her stomach. Her back is long and wide.

Cow is a domestic and very successful animal. It is of great importance for the people of Hindu religion. It is a most important pet animal kept by almost all people of Hindu religion. It is female animal who gives us milk daily two times, in the morning and evening. Some cow gives milk three times a day according to their diet and capacity. Cow is considered by the Hindu people as a mother and called as the Gau Mata. Hindu people respect cow very much and do worship. Cow milk is offered to God during pooja and katha. It is also used to do abhishek of the God and Goddess statue during festivals and pooja.

Cow milk is given high status in the society as it is very beneficial to us. She gives birth to a small calf after 12 months. She does not give any practice to her child to walk or run, he/she starts walking and running just after the birth. Her calf drinks her milk for some days or months and starts eating food like her. Cow is a very sacred animal for all Hindus. It is a big domestic animal having four legs, a tail, two ear, two eyes, one nose, one mouth, one head and a wide back.

In India, people of Hindu religion denotes cow as “cow is our mother”. It is very useful and domestic animal. It is gives us milk, a very healthy, nutritious and complete food. It is found in almost every countries of the world. Cow’s milk is very healthy, nutritious and useful for all members of the family. We drink cow’s milk on daily basis to keep our health good. It is told by the doctors to patients to drink cow milk. It is considered that cow milk is good, healthy and easily digestible food for the newly born babies. It is very gentle animal by nature. It has a large body, four legs, one long tail, two horns, two ears, one mouth, one big nose and one head.

Cows differ in its shapes, sizes and colours. She eats food, grains, green grasses, fodder and other eatable things. Generally, she is used to of grazing green grasses in the fields. Cow milk is used all over the world to prepare several eatable items and things. We can make curd, dahi, whey, cheese, ghee, butter, various types of sweets, khoya, paneer and so many things from the cow milk. Cow milk is easily digestible and can be eaten by the patients with digestive disorders. Cow milk makes us strong and healthy. It prevents us from various types of infections and diseases. It helps in increasing our immunity power. Cow milk makes our mind sharp and memory strong if we drink regularly.

Cow is like a mother for us as it gives us milk two times a day. It cares us and nourishes us through its healthy and nutritious milk. It is found in almost every regions of the world. Almost everyone keeps cow at home to get fresh and healthy milk daily. It is very important and useful domestic animal. Cow is a pet animal whom every product (like milk, ghee, dahi, co-dung and Gau-mutra) is considered as sacred and useful. Co-dung is very useful for the plants, human beings and other purposes. It is considered as sacred and used during many pooja and katha in Hindu religion. She is generally used of grazing the green grass filed instead of eating at one place. Gau mutra is very useful for getting rid of many diseases.

She eats green grasses, grains, foods, hay, fodder and other things. She chews her food well in the mouth and then swallows. She has one pair of big horn as a defence organ while saving her child or own. Sometime she attacks on the people by making her horns parallel to the ground. She gives birth to a nice calf after nourishing him for 12 months in her womb. She gives birth to a strong ox or fertile female cow who again starts giving milk after few years. Hindu people use ox for ploughing the fields, drawing carts and pulling heavy loads in many households. Ox is considered as the real wealth for the farmers as they help in field works.

We always respect cow and be very kind to her. Cow murder is considered as very big sin in the Hindu religion. In many countries cow slaughtering has been banned. Indian people worship the cow and use its products at many holy occasions. Its cow-dung is used as a very good fertilizer in the fields to enhance the fertility level for better growth of seasonal crops. After death, the cow skin is used to make leather things like shoes, bags, purse, etc and bones to make comb, buttons, knife handles, etc.

Cow is a very useful pet animal. It is a successful domestic animal kept by people at home for many purposes. It is a four footed female animal having a large body, two horns, two eyes, two ears, one nose, one mouth, one head, a big back and stomach. She eats large amount of food in one time. She gives us milk to make us healthy and strong. It keeps us away from the diseases and infections by increasing our immunity power. She is a sacred animal and worshipped in India like a Goddess. She has been given a status of Mother in the Hindu society and called as “Gau Mata”.

It is a very famous milk giving animal useful for many purposes. In Hindu religion, it is considered as Gau Dan is the biggest Dan in the world. Cow is a sacred animal to Hindus. Cow gives us lots of benefit all through her life and even after her death. She gives us milk, calf (either female cow or male cow ox), co-dung, gau-mutra while living and lots of leather and strong bones after death.

So, we can say that her whole body is useful to us. We can get lots of products from the milk given by her like ghee, cream, butter, curd, dahi, whey, condensed milk, variety of sweets, etc. Her co-dung and urine is highly useful to the farmers for making natural fertilizer for plants, trees, crops, etc.

She eats green grasses, foods, grains, hay and other eatable things. She uses her one pair of strong and tight horns to attack on the people as a defence organ to save her child. She also uses her tail sometime to attack. She has long hairs on the tip of her tail. She also has small hair on her body and uses them frighten away the flies. She has highly helped in the human lives for years in many ways.

She has been reason of our healthy lives from more than thousands of years. The origin of cow on the earth for nourishing the human lives has a great history behind. We all should know her importance and necessity in our lives and respect her forever. We should never hurt cows and give them proper food and water timely. Cow differs in its colour, size and shape from region to region. Some cows are small, big, white, black and some are of mixed colour.

Essay on My Pet Animal

Essay on My Pet Cat

Essay on My Pet Dog