Female foeticide refers to the illegal abortion of female foetus. Despite strictly banned by law, female foeticide in India is still in practice. The crime stems from the want of not having a girl child, by the society which considers girls as an additional liability on her parents. Female foeticide is a blot on nation’s aspirations of gender equality and women empowerment; which are mere words unless female foeticide is successfully eliminated. It also has far reaching consequences on the society, like a higher male to female sex ratio. Lesser number of females than males in any particular region leads to illegal trafficking of females from other locations to that region, technically called flesh trade.

Long and Short Essay on Female Foeticide in English

Following are some essay on female foeticide in India.

All the Female Foeticide essay are very simple and easy, written for students use.

Female foeticide is very important topic which students may be assigned to write complete essay or only paragraph during their exam or essay writing competition.

Students can select any of the essays on Female Foeticide according to their need and requirement.

Female foeticide is in practice in India from the time of advent of technological advancements in medical field like prenatal sex determination in the 1990s. However, earlier to this, female childs were killing after their birth in many regions of the country. In the Indian society, female childs are considered as the social and economic burden to their parents so they understand that it is better to kill them before birth. No one understands its negative aspect in the future. The female sex ratio in comparison to the males has been reduced to a great extent (8 males per one female). It is not easy to compensate the sex ratio even if we stop female foeticide completely in the next few years. 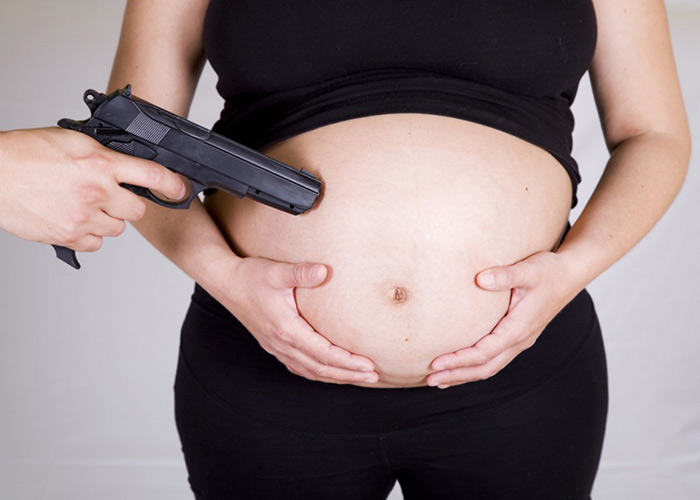 Female foeticide is the removal of healthy female foetus after 18 weeks of gestation from the mother uterus just because the child is female. Parents and society consider a girl child burden over them and understand that girls are consumers whereas boys are producers. There are lots of myths in the Indian society about girls from the ancient time that girls always take and boys always give. This wrong practice of female foeticide is coming from years because of many reasons. However, can be removed by regular practice of following points:

Since the ancient time, women in the Indian society are considered as a curse for their family and society. Due to these reasons, female foeticide has been in practice for many years in the India from the time of technological advancement. According to the census of 2001, female and male ratio has been 927 to 1000. Few years ago, almost all the couple was used of the sex determination tests to know the sex of the infant before birth. And abortion was sure in case of girl baby.

Development of ultrasound technique was the origin of sex determination tests in the early 1990’s. People in the Indian society are used to of giving birth to the child continuously until they get boy baby by killing all the girl baby earlier to the boy. In order to control the population and stop female foeticide, Government of India made various rules and regulations against female foeticide and trend of abortions after sex determination tests. Killing of a baby girl through abortion has been an offence all through the country. Doctors found performing sex determination tests and abortions especially for killing girl baby would be guilty and lose their license. Awareness about the importance of girl child in the society is major weapon to get relief from the female foeticide.

What is Female Foeticide

Female foeticide have been in practice for centuries especially for the families who prefer only male child. Various religious, social, financial and emotional reasons are also there. Time has been changed now to a great extent however, various reasons and beliefs are continuing in some families. Some key reasons of female foeticide are:

The advancement of ultrasound technology in India came in 1979 however its spread was slow. But became widespread in 2000s. It is estimated that since 1990s, more than 10 million of female foetuses have been aborted because of being girl. We can see that female foeticide has been practiced through the history and cultural background. Earlier, people believed that male babies are superior as they would provide manual labor as well as lead the family lineage in future. Son is considered as family asset however a daughter is a liability.

Daughters are given less respect and priority than sons in Indian society from the ancient time. They did not have same access like boys in the areas of education, healthcare, nutrition, play, etc. In order to combat with sex-selective abortions, there should be high level awareness among common public. Satyamev Jayate, a most famous programme run by the Aamir Khan on TV has done great to raise awareness among common public through its first episode of “Daughters Are Precious”. Cultural interventions regarding this issue are need to be addressed through awareness programmes. Recent awareness programmes like Beti Bachao Beti Padhao, or Save girls campaign, etc have been made regarding girl’s rights.

Female foeticide is the elimination of girl child after sex determination test from the womb. Girl child is killed before birth just to fulfill the wishes of old members in the family of getting boy baby first. All the process gone under familial pressure especially by husband or in-laws. General reason behind abortion becomes unplanned pregnancy however female foeticide becomes planned by the families. It is the age old practice to kill ever unwanted girl child in the Indian society.

People believe that boys are the key to continue their family lineage however they do not understand the most simple thing that girls are reasons to give birth to new entity in the world not boys.

Female foeticide is an unethical act has been practiced from old age due to some cultural norms and socio-economic policies. Following are the reasons of female foeticide in the Indian society:

As we all know that female foeticide is a crime and social disaster for the future of women. We should notice the reasons for female foeticide in the Indian society and try to solve one by one on regular basis. Female infanticide or female feticide is mainly because of the sex determination. There should be legal stoppage to get control over it. All the laws should be strictly followed by the every citizens of India. And one should be surely punished if found guilty for this cruel practice. Permanent termination of license should be done if found practicing this. Marketing of medical equipments especially for illegal sex determination and abortion should be stopped. Parents should be penalized who want to kill their girl baby. Campaigns and seminars should be regularly organized to aware young couples. Women should be empowered so that they can be more attentive to their rights.

Varieties of essay on female foeticide given above are written for the range of students studying in classes 1, 2, 3, 4, 5, 6, 7, 8, 9, 10, etc. Students of any class can select and use any female foeticide essay according to their need and requirement. Apart from this, you can also get other related essays and related information on various topics such as:

Essay on Save Girl Child

Speech on Save Girl Child

Essay on Importance of Education

Necessity is the Mother of Invention Essay