Here we have provided some essays discussing the meaning and relationship between Global Warming and Greenhouse Gas Emissions to support school students.

All the Global Warming and Greenhouse Gas Emissions essay are simple and easy especially written for the students.

Some of the green house gases are like water vapour, CO2, methane, etc have long atmospheric life means once released, do warming effect over a long period of time and gradually warm the earth’s surface. It means their long time presence in the atmosphere make their influence on the global warming large. 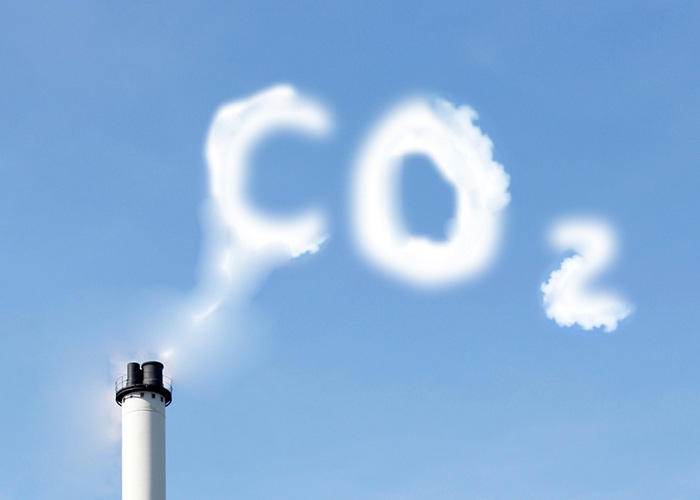 CO2 gas is released by burning of the solid wastes, fossil fuels (like oil, natural gas, and coal), wood and wood products; nitrous oxide gas emitted by various agricultural and industrial processes, burning of solid wastes and fossil fuels and methane gas is emitted by the organic wastes decomposition in the landfills or livestock farming, production and transport of fossil fuels. The ability of greenhouse gases of absorbing heat and holding heat varies. Perfluorocarbons and hydrofluorocarbons are highly heat-absorber, nitrous oxide (270 times) and methane gases (21 times) have more heat absorbing capacity than carbon dioxide gas.

After the beginning of technological and industrial revolution in the modern world, the condition of global warming has become more drastic because of the increasing level of release of green house gases due to the burning of fossil fuels, wood, coal, oil, natural gas, etc; deforestation, increasing atmospheric concentration of carbon dioxide and many more reasons. Greenhouse gases have affected the whole atmosphere including ocean bio-geochemical changes and marine systems. Such gases absorb as well as emit infrared radiations.

The maintenance of natural carbon cycle is done by the continuous removal of CO2 through natural processes by microorganisms, animals, plants, etc. Plants are considered as the main source of consuming CO2 from atmosphere however deforestation by the human being for urbanization or other purposes is reducing the number of plants and increasing the concentration of CO2.

Green house gases are the gases in the atmosphere trapping heat from various sources which ultimately causes greenhouse effect. Some of the natural processes maintain the balance of green house gases on the earth however variety of human activities have already disturbed this balance in the atmosphere which has created global warming. Carbon dioxide gas naturally releases by many sources like human being and animals respiration, burning fossil fuels, coals, oils, natural gases, solid wastes, wood, trees, etc. However, natural cycle of carbon maintains the level of CO2 gas in the environment. In the modern world of technological and industrial revolution when people’s demand of comfort (electronic things, electricity, transportation, etc) is increasing day by day which ultimately need to burn more fossil fuels, coals, oils, woods, etc to fulfil demands.

This process gives release to many gases causing green house effect so called green house gases. They have capability to absorb more heat from various sources in the atmosphere which finally causes increase in earth’s surface temperature. It disturbs the balance between nature and life on the earth. Other green house gases are like methane (released from production and transport of oil, coal, natural gases, livestock, agricultural practices, decay of organic wastes in the landfills, etc), nitrous oxide (emitted through agricultural and industrial activities, burning of fossil fuels and solid wastes), fluorinated gases (hydrochlorofluorocarbons, perfluorocarbons, chlorofluorocarbons, halons, hydrofluorocarbons, sulfur hexafluoride, etc) and many more.

Fluorinated gases are more powerful greenhouse gases having more capability to absorb heat. Such gases are released through variety of industrial processes and hence are called as High Global Warming Potential gases (or High GWP gases). Huge level of emissions of such gases lead to the higher concentration in atmosphere (measured as parts per million, parts per billion, and parts per trillion) causing climate to change, global warming, increased sea level, storm, thunder, cyclone, tsunami, etc.

Human activities are the main driver of increasing concentration of greenhouse gases in the atmosphere which is very dangerous as it makes global warming more powerful day by day. Both are hugely related to each other and affecting the natural balance on the earth including life on earth. A huge climate change was observed in the mid of 20th century caused due to the human activities. Increasing level of green house gases in the atmosphere is the indicator of climate change and global warming. All the greenhouse gases through various human activities gets collected to the atmosphere and warm the climate which ultimately leads to many changes around the world.

All the changes in the atmosphere have negative effects over animals, people, plants, society, and environment. Greenhouse gases have capability to stay for long period of time (around tens to hundreds of years) in the atmosphere if once released by any mean and warm the climate by continuously absorbing the heat which persist over a long time and hence affect the present and future generations on the whole planet. Ever green house gases have their own capability to affect the earth’s climate according to the length of time gases remains in the atmosphere. Each one has unique ability to absorb heat and energy of the atmosphere and cause global warming all over the world.

According to the statistics, it has been noted that the emission of total greenhouse gases in the United States was increased by 5 percent from 1990 to 2012; however, it is decreased by 10 percent in the last few years. High level of electricity generation all across the world is considered as the main and largest source of greenhouse gas emissions and then through transportation. Net emission of the greenhouse gases worldwide because of the human activities was increased by 35 percent from the year 1990 to 2010 from which CO2 was alone three-fourths of total emissions.

The concentration of green house gases especially carbon dioxide is increasing continuously since the beginning of the industrial era forcing the climate to change and disturbing the earth’s energy through the warming or cooling effect. The total warming effect of all green house gases has been increased by 34 percent (27 percent of it is only because of carbon dioxide alone). Regular use of fossil fuels, oil, natural gases, coal, solid wastes, trees, wood products, organic wastes and deforestation, transportation and soil degradation is adding more CO2 to the atmosphere.

Essay on Green House Gases and their Emissions