Mahatma Gandhi: A True Inspiration for Youth of India

A Glimpse of History

It was 2 October 1869, when the calendar marked the birth of a great protagonist. A hero who never worked on screen because he was a real-life hero, who earned name and fame all because of his ideology and thoughts he developed. His struggles and sacrifices are one of the remarkable constituents of our freedom struggle.

There are thousands of inspiring stories regarding Gandhiji, which not only teaches us but also inspires that nothing is impossible, only you need a strong determination and belief in yourself. Either you are of any age group he sets an example for all. When we teach our child to speak truth from the very beginning, it is possible for them to develop this as a habit and a good habit is always admired.

What made Mahatma Gandhi Different

Although his father was a Diwan he never showcased his power on anyone. He always lived the life of a common boy who loved to play and do other childish things. Due to his father’s position, it was very random that he would ever check the sewerage, but he never hesitated in doing so. Many villagers left it as not their duty, but it was Gandhi who came forward and helped others.

He loved people and believed in humanity, he called the 2 crore Indians as his brothers and sisters. The whole nation was his family and he lived for his family till his last breath. We have discussed some of his qualities which were really unmatchable.

He had such a great identity that Bharat Ratna was not found suitable for him. He was not even awarded Nobel, not because of his inefficiency but due to some other circumstances and even the Nobel committee marked it as a great loss and no one was awarded Nobel in the year 1948 with a statement ‘no suitable living candidate’.

Dalai Lama, Aung San Suu, Nelson Mandela and many others who have won the Nobel Peace Prize has said that they have followed Gandhian principles.

Starting from his school days he was a shy boy and use to talk very less and was good in English in comparison to other subjects. He loved reading books and got inspired by various writers. From the very beginning he followed the path of truth; there is an incident from his school days:

‘When he was in school, an inspector came for inspection and asked to write five English words and Gandhiji failed to write one of them correctly and when his class teacher saw the incorrect one, he wrote the correct spelling on the back of the inspector, but he didn’t cheat and was further scolded by the teacher because the rest of the class copied but he didn’t.’

He knew the difference between a lie and a truth and followed the path of truth from his childhood days. They are may other stories which inspire and sets him as a great example and we should really learn from him. He was a common boy but it was his ideologies that made him different.

It was his devotion to his nation that we are free today. He played the role of a Father and treated India as his family. There are many incidents which show his dedication:

‘Children loved Gandhi and once a small child who visited Gandhi was very much surprised to see him without any kurta. He offered him a kurta and said that his mother makes kurta for him and she can also make for you (Gandhiji). But Gandhiji asked as how many kurtas can she make, because he needs crores of kurtas for all his brothers across the nation’.

This story proves his patriotism. He called everyone as his brother and sister and India as his family and never wore a kurta, because he believed that there are many of his brothers across the nation who does not have money to buy a kurta so, how can he wear it. There is one more story –

‘Once someone asked Kasturba how many children Gandhiji had and she replied, I have four sons but Gandhiji has two crores. It was the population of India.’

Gandhiji really loved humanity because it was not only India, he also worked for South Africa any many other countries and people. He never took his steps back from any type of challenge he was brave and fearless.

He was a brave man, although he was fond of a ghost in his childhood days but when he grew old, he was identified as a brave personality who was never afraid of Britishers. It was his confidence that bought this quality, there is an inspiring story:

Once he visited Northwest Frontier to meet his Pathan supporters and their leader Khan Abdul Ghaffar Khan and found them very tall in his comparison and they looked rugged and all of them carried guns. At this, Gandhiji asked why do they carry guns. But no one had the courage to answer Gandhiji. He remarked that he has no fear so he does not carry any safety. He called it ahimsa, after this their leader Khan Abdul Ghaffar Khan threw his gun and his supporters followed him.

It was his positive attitude and belief from what we gained freedom. He believed strongly in his work and It was determined that non-violence is the only weapon through which we can force the British to leave India.

India was a slave for decades and there were many social reformers who tried their best and died, yet Gandhiji never looked back and also lost his life for the nation. Whatever be the situation, he never lost his hope and his weapon of satya, ahimsa and Satyagraha.

Sometimes in our life, we feel lost and helpless, at that time we should remember Gandhiji and his principles and his optimistic nature how he single-handedly fought for the country. He never got disappointed, although he knew that he was weaker than British power because they were equipped with new technology and weapons, yet he never looked back.

He had a very strong intellectual power because it was his mind which bought freedom. He believed in knowledge, not the mark sheet. He was completely against the exam system, as he believed that it is not always possible to judge a child by his marks, because it is possible that a child may not be very good in his academics but can have good knowledge. He believed that knowledge improves the mind as well as the heart. There is a story which tells he admired knowledge not marks:

Once he started a school for children in South Africa at Phoenix. He was against the examination system and had his own way of judging students and believed in his own ideas of how they should be taught. He asked everyone the same question and admired those who failed to answer and scolded those who gave the correct answer.

Everyone got amazed by his contradictory behaviour and one day he explained that he does not judge students by their knowledge. He only examines the dull boy, whether he has progressed or not because it is possible that either he may read more or get depressed or if I will continuously scold him, he will definitely not read and continue feeling sad.

This story inspires that knowledge plays an important role in our lives and many of our friends cannot be good in their studies so instead of making fun of them we should inspire them and not judge others by their marks.

Gandhi was a versatile personality and had many other characteristics such as his love for peace, brave nature, will power, self-confidence etc. all were matchless. We have discussed some of the incidents above, but still, there are millions of stories that prove that why he got the title of The Father of the Nation, why people called him Bapu. It is very simple to make certain rules and regulations but very tough to follow. Although he is no more, his principles and thoughts will always be alive among us and he is really a true inspiration for all of us. 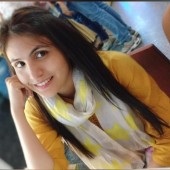 Gandhi’s views on environment and its Protection

Views of Mahatma Gandhi on Secularism