Women safety in India is a big concern which has been a most important topic regarding women safety. We have provided below various essay on Safety of Women in India in order to help students. Now-a-days, essays or paragraphs writing have been common strategy followed by the teachers to enhance the skill and knowledge of students about any topic. All the Safety of Women in India essay are written using very simple words under various words limit according to the need and requirement of students. They can select any of the essays given below:

Below we have provided short and long essay on safety of women in India for your information.

These essays on safety of women in India have been written in simple English to make it easy for the school children to remember them and also present them when the situation demands.

You can use these essays in your school events and other competitions like speech, debates, essay writing etc.

As we all know that India is a most famous country all over the world for its great tradition and culture where women are given most respected place in the society from the ancient time. It is the country where women are considered as safer and most respected. Women are given the place of Goddess Lakshmi in the Indian society. Indian women are found working in all fields like aeronautics, space, politics, banks, schools, sports, businesses, army, police, and many more. We cannot say that this country has no any women concern however we cannot ignore positive points for women in India. If we remember our history, we found that there was Panchaali Pratha in which a single woman (Draupadi) was allowed to get married to five men (Pandavas). It was all that what we see from our open eyes however if we see behind the curtain we will found all the crimes against women at home, offices, streets, etc. By seeing last few crimes against women in India such as rape cases, acid attacks, etc, the safety of women has been in doubt. 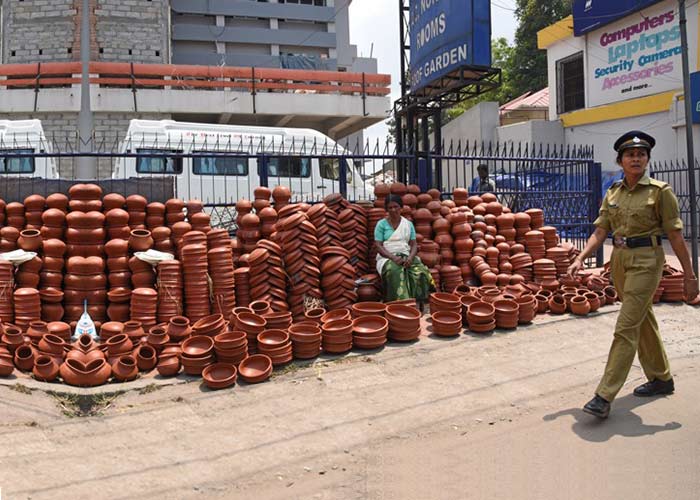 Safety of women matters a lot whether at home, outside the home or working place. Last few crimes against women especially rape cases were very dread and fearful. Because of such crimes, women safety in India has become a doubtful topic. According to the statistics of National Crime Records Bureau, highest rate of crime against women was recorded in the Chennai in 2000 (around 4,037 incidences). Chennai is the capital of southern state of Tamil Nadu however has been marked as city with high rate of crimes against women. However, it was seen some decrease in the crime rate against women in the subsequent years (around 838 by 2013). It has been recorded as the largest fall in the crime rate than other cities in India. It was just opposite in the capital of India, Delhi. Crime rate against women in Delhi was 17.6/100,000 females in 2000 (2,122 incidents) and 151.13/100,000 females in 2013 (11,449 incidents).

Some of the most common crimes against women are rape, dowry deaths, sexual harassment at home or work place, kidnapping and abduction, cruelty by husband, relatives, assault on a woman, and sex trafficking.

In the last few years, crime against women in Delhi has increased to a great extent. According to the statistics, it is found that every two out of three women have suffered around two to five times sexual harassment in the last year. According to the survey of women, it is found that women are losing their confidence in police. By the survey of Delhi government’s Women and Child Development Department, around 80% of the women in national capital have fear regarding their safety.

Women are harassed not only in the night or evening but also in the day time at their home, working places, or other places like street, club, etc. It is found through the survey that the reason of sexual harassment is the lack of gender-friendly environment and improper functional infrastructure such as consumption of alcohol and drugs in open area, lack of adequate lighting, safe public toilets, sidewalks, lack of effective police service, lack of properly working helpline numbers, etc. A huge percentage of women have no faith that police can curb such harassment cases. There is an urgent need to understand and solve this problem of women safety so that they can also grow equally like men in their own country.

It is very true that women in India are given a place of Goddess Lakshmi in the Indian society however we also cannot ignore the negative aspect of women position in India. Every day and every minute some women of all walks of life (a mother, a sister, a wife, young girls, and girl baby children) are getting harassed, molested, assaulted, and violated at various places all over the country. Areas like streets, public spaces, public transport, etc have been the territory of women hunters. Girl students studying in the schools or colleges have to shield themselves through books or bags or they have to wear clothes which can cover them completely. In some cases a girl child is sale by her parents just to earn some money. Girls generally face acid attacks on the streets and kidnapping for the sex purpose by strangers. According to the statistics, it is found that a woman is raped in India every 20 minutes.

In the rural areas, women are still being raped by a family member, beaten by husbands or parents-in-law, burned for dowry, and so many cases. Nirbhaya gang-rape in the national capital of India was a dreadful event which can never be forgotten. Woman covers almost half population of the country so they are half participants in the growth and development of India. We are running in the 21st century, an advanced era however it is very shame to say about the doubtful safety of woman in India.

Safety of women in India is a vast topic now-a-days. We cannot say that women are safe in India by seeing the last few year crimes against women especially in the national capital. Women generally feel frightened while going alone outside to the home. It is a very sad reality of the country that its women citizens are living with fear all time. Personal safety of women has been the topic of importance for every Indian citizen. In order to improve the condition regarding women safety in India, following are some points as tips for women safety:

Some Tips Regarding Women Safety

Women safety is a big social issue which needs to be solved urgently by the effort of all. It is inhibiting the growth and development of the country and most importantly hurting the half population of the country in all aspects (physically, mentally, and socially).

In the past few years, the safety of women in India has been down because of some continuous and terrible crimes against women. There has been decline in the women status from ancient to medieval period which is continued in such an advanced era. Women of India have equal rights as like as men of this country as they occupy almost half population of the country and involved in half proportion in the growth and development of the country.

It is true that women in modern India are joining high offices (President, Speaker of Lok Sabha, Union Ministers, Leader of Opposition, Chief Minister, Governor, etc) however on the back of curtain they are being exploited too. According to the Constitution of India, they have equal rights of dignity, equality, and freedom from gender discrimination. Indian women are continuously facing numerous problems such as sexual harassment, violent victimization through rape, acid attack, dowry deaths, forced prostitution, and many more.

Crimes against women in India

What are Safety Laws for Women in India

Another Juvenile Justice (Care and Protection of Children) Bill, 2015 has been passed replacing the existing Indian juvenile delinquency law of 2000 (Juvenile Justice (Care and Protection of Children) Act, 2000). This act was passed by the Lok Sabha on 7th of May in 2015 and however, by the Rajya Sabha on 22nd of December in 2015. This act is passed to lower down the juvenile age from 18 to 16 years in cases of heinous offense (especially after the release of Nirbhaya’s case accused juvenile).

Despite of formation of various effective rules and regulations by the Indian government to handle and control the crimes against women, the number and frequency of crimes against women are increasing day by day. Women status in the country has been more offensive and dreadful in the last few years. It has decreased the confidence level of women for safety in their own country. Women are in doubtful condition for their safety and have fear while going anywhere else outside their home (office, market, etc). We should not blame the government because women safety is not only the responsibility of government only, it is the responsibility of each and every Indian citizen especially men who need to change their mind set for women.