Subhash Chandra Bose was an Indian patriotic freedom fighter, who was born on 23rd January 1897 in Cuttack, Orissa Division, then under Bengal Province.  His father Janaki Nath Bose was a lawyer and he was the ninth child among fourteen children. An honorific “Netaji” was also given to him by his supporters in Germany during early 1942. As time passed it became more popular and soon all over India, Subhash Chandra Bose was being called “Netaji.”

Subhash Chandra Bose was an Indian freedom fighter born on 23rd January 1897, in Cuttack, Orissa in the Province of Bengal. He was also referred to as “Netaji” meaning the “leader” in Hindi. The honorific was given to him in Germany in 1942 by the German soldiers of an Indian legion.

Netaji was two times elected President of the Indian National Congress, firstly from;18 January 1938 to 28 January 1939 and secondly from 29 January 1939 to 29 April 1939. His second term as the President was brief, ranging only for three months as he has to resign due to differences of opinion with Mahatma Gandhi.

Netaji was a true patriot and advocated complete independence without any conditions and obligations. He opined that freedom obtained on the conditions of the British will be harmful to the progress of the nation.

Finding no political support for his ideology in India, Netaji, escaped to Germany in 1941. There he met Adolf Hitler, the commander of the German armed forces and was successful in obtaining the latter’s support. 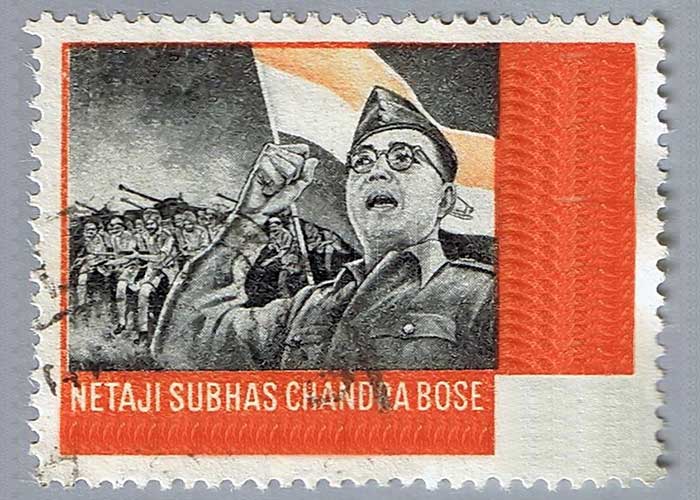 An attempt by Netaji to oust British out of Indian soil with the help of German forces under the commandership of Adolf Hitler was questioned by many historians and political thinkers. They believed that after the victory, Germans would be unlikely to leave the Indian soil, thereby, resulting in an axis victory.

Netaji Subhash Chandra Bose died on 18th August 1945, in a plane crash in the Japanese ruled Taiwan. The ashes of Netaji have been preserved in a Buddhist temple “Renkoji Temple” in Tokyo, Japan.

Subhash Chandra Bose was a respected freedom fighter of India who has become a legend due to his uncompromising patriotism and his death in the mysterious circumstances. Decades after his death in a plane crash, there were unconfirmed reports of his living in disguise at some isolated location. However, such claims were never substantiated.

Netaji Subhash Chandra Bose was born on 23rd January 1897 in Cuttack, then in Orissa division of Bengal province. He was born in a Kayastha family. His mother was Prabhavati Dutt Bose and his father Janakinath Bose was an advocate who earned well enough to sustain all his family’s needs. Prabhavati Dutt and Janakinath had fourteen children and Subhash was ninth of them.

Subhash Chandra Bose distinguished himself as an above-average student who was influenced by the teachings of Ramakrishna Paramhans and Swami Vivekananda. Such was Bose’s inclination towards spirituality that at one point in time he thought that religion is more important than studies.

Netaji Subhash Chandra Bose stood out among others in class and conduct all by himself. Unlike other freedom fighters, he had a non-compromising take on the issue of independence of India. He firmly believed that independence has to be gained fighting for and not by peaceful protests and political meetings.

Netaji respected Mahatma Gandhi but was doubtful of the latter’s methods and agendas for the independence of India.  Being a soldier at heart, he tried to organize Indian politicians for forcibly deporting British from the Indian soil. Unfortunately, he failed, as senior Indian leaders at that time were largely in support of peaceful protests and marches.

To gained world support for fighting against the British regime in India, Bose toured to Germany, Japan, and the Soviet Union from 1941 to 1945, meeting leaders, senior officials, and highly placed Indians.

Netaji distinguished himself as a soldier in the history of Indian freedom struggle. His ability to gather the support of the world leaders for the cause of Indian freedom was commendable and hinted towards his diplomatic excellence. In the history of the freedom struggle of India, there is no one who could replace Netaji Subhash Chandra Bose in popularity and respect.

Arrest and Escape to Germany

Bose had organized a mass civil disobedience movement against the viceroy Lord Linlithgow. Viceroy had declared war on behalf of India in the Second World War, without even consulting the Congress leadership on the issue.

He was subsequently arrested and put in jail but was released after a seven days hunger strike. This was the time when even the Bose’s house in Calcutta was being observed by the CID (Criminal Investigating Department).

Bose’s escape to Germany from Calcutta was wisely planned and dramatically executed. His plan was to escape to Germany via Afghanistan and the Soviet Union. A couple of days before his planned escape, Bose adopted a solitary lifestyle, avoiding meeting the British guards and growing beards.

Dressed in traditional Pathani attire on the late night of January 17th, 1941, Bose escaped from his guarded Elgin Road House in Calcutta. He was accompanied by his nephew Sisir Kumar Bose in a wanderer W24 sedan car. The car despite being a little noisy was picked by Bose for its ability to run long distances without ever needing to be cooled. He reached Gomoh railway station in the state of Bihar.

From then on Netaji traveled to Peshawar with the help of German Military Intelligence Services named Abwehr. With the help of Mian Akbar Shah, a forward bloc leader in North-West Frontier Province, Bose crossed over to Afghanistan. From there Bose traveled to Moscow on an Italian passport disguised as a nobleman “Count Orlando Mazzotta”.

In the final leg of his journey, Bose reached Rome and then to Germany.

Subhash Chandra Bose was a freedom fighter and a true patriot of India, who had risked his life gave away a lucrative career of Indian Civil Services and spends his life garnering world support to free India from British Rule. India has seen many freedom fighters, but Subhash Chandra Bose was different in a way that his take against the British occupation of India was purely non-compromising.

Netaji Subhash Chandra Bose was a patriotic freedom fighter of India, well known for the revival of the Indian National Army also famously called Azad Hind Fauj. The army was formed with the support of Imperial Japan during World War II with the main objective of freeing India from British Rule.

Having ideological differences with Mahatma Gandhi, Netaji resigned from the post of Congress President and formed a faction named “All India Forward Bloc” within the Congress party in Bengal province.

The purpose of forming All India Forward Bloc was to organize support for freedom struggle by bringing together political left and major support base, mainly in the state of Bengal.

During the 1940s Subhash Chandra Bose traveled through Japan, Germany, and Britain, trying emphatically to garner their support in India’s fight for its freedom.

In 1941, Bose formed a legion in Berlin but it reportedly failed as Netaji walked out of it, sensing Germany’s willingness to use the legion against Russia, during the Second World War.

Netaji reached Singapore in July 1943, when it was in the control of Japan. From Singapore Netaji had delivered his famous speech “Dilli Chalo” and also on 21st October 1943 announced the formation of Azad Hind Government and Indian National Army.

Netaji recruited some 20,000 Indian prisoners of war out of 60,000 lying in the Japanese camps. Indian businessmen settled in South East Asia provided financial support to the INA.

Indian National Army (INA) under the command of Netaji was a secular organization at its best, with a good number of its officers and soldiers being Muslim.

Netaji Subhash Chandra Bose was a freedom fighter, a politician, but above all, a true patriot of the motherland, who has made, freeing his motherland from British occupation as his primary objective in life. So much was his love for the motherland, that he even resigned from a lucrative career of Indian Civil Services (ICS) to fight for freedom.

Subhash Chandra Bose (23rd January 1897 – 18th August 1945) was a well-known freedom fighter of India whose non-compromising patriotic attitude made a national hero. His exceptional leadership qualities in gathering support for independence has earned him the honorific “Netaji” meaning “Respected Leader” in Hindi.

Subhash Chandra Bose was born in a Kayastha family on 23rd January 1897 at 12:10 P.M. His mother’s name was Prabhavati Dutt Bose and his father was Jankinath Bose, who was an advocate in Cuttack, Orissa, then under the Bengal Province.

Being born in a well to do family, Netaji studied in some of the prestigious schools and institutions of British India. In January 1902 at the age of five, he was admitted into Stewart High School; Cuttack (then called the Protestant European School).

Ravenshaw Collegiate School in Cuttack and Presidency College in Kolkata were some of the premier institutions where he joined in furtherance of his education.

In the year 1919, Netaji left for London to fulfill a promise that he had made to his father, about preparing and getting selected in the Indian Civil Services (ICS). His father has also made available Rs 10,000 for his preparation and London stays.

Netaji stayed with his brother Satish at the Belsize Park in London. He prepared for the ICS at the same time enrolling for Mental and Moral Sciences at Fitzwilliam College, under the University of Cambridge.

Subhash got selected in the Indian Civil services examination, yet resigned from his job on 23rd April 1921 and headed back towards India. The reason for his resignation from the ICS as he stated in a letter to his brother was that he was opposed to working under the British government. In the letter he further stated – “Only on the soil of sacrifice and suffering can we raise our national edifice”.

Since his teenage, Subhash Chandra Bose was deeply influenced by the teachings and thoughts of Ramakrishna Paramhans and Swami Vivekananda. Netaji’s first indication of nationalistic fervor was visible when he was expelled from the college for assaulting professor Oaten, for the latter’s racial comments on Indian students.

Resigning from ICS, Bose came back to India and started a newspaper “Swaraj” in West Bengal. He also took charge of publicity for the Bengal Province Congress Committee.

Subsequently, in 1923, Bose was elected as the President of All India Youth Congress and also as the Secretary of Bengal State Congress,

In 1927, Subhash Chandra Bose was appointed as the General Secretary of the Congress Party and worked together with Pt. Jawaharlal Nehru for the freedom of India.

Netaji Subhash Chandra Bose was a reverent freedom fighter and a patriot who campaigned throughout the globe, garnering support for India’s fight for freedom. His defiant patriotism wasn’t always liked in Indian political circles and often became a cause for some of his political setbacks. Though Netaji was a soldier by heart, he lived like a soldier and also died like a soldier, fighting for the freedom of motherland.

Importance of Trees in our Life Essay