Poverty is the condition of being extremely poor which makes people unable to get basic necessities of the life, especially food, shelter, clothing and education. It affects people’s physical, mental, social and moral abilities to do something good in their life. It is a big social issue affects people at individual, social and national level. Poverty is must to be removed from the society which is possible only through the education and proper social awareness.

Slogan is one of the most popular and best ways to spread awareness among people about any social issue.

So, we have provided here some unique, effective and eye catching slogans on poverty which you can use to spread awareness regarding poverty among people and encourage them for education as only effective medicine to completely remove poverty from the society and nation.

Such poverty slogans can be used during the event or campaign celebrations in the community, society, schools, colleges or other places. You can choose any of the poverty slogans given below according to your need:

Unique and Catchy Slogans on Poverty 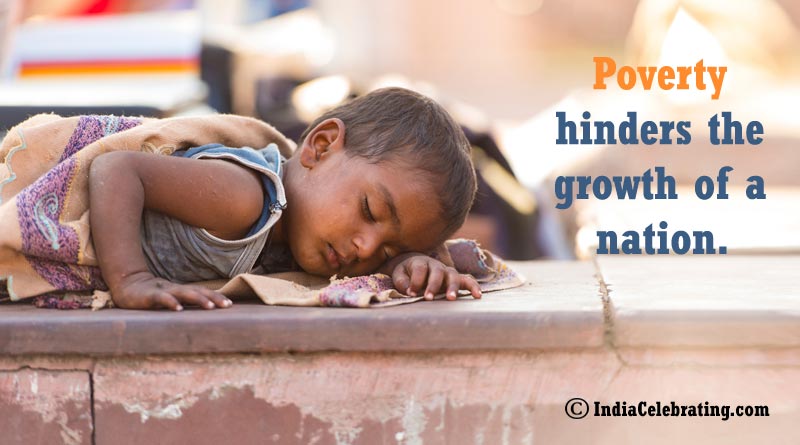 Poverty hinders the growth of a nation. 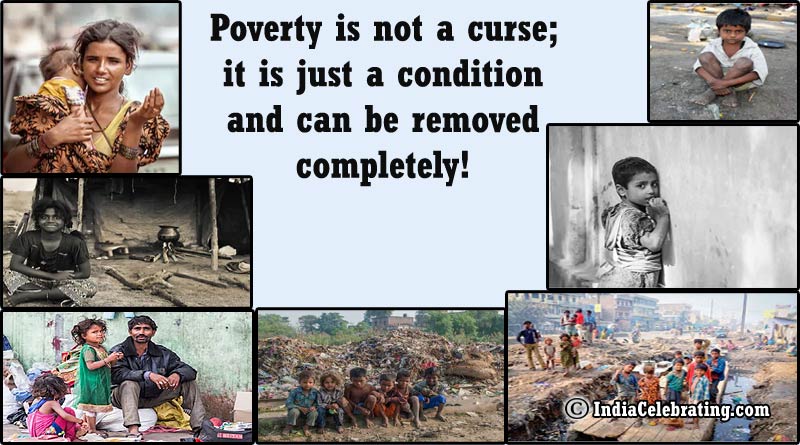 Poverty is not a curse; it is just a condition and can be removed completely! 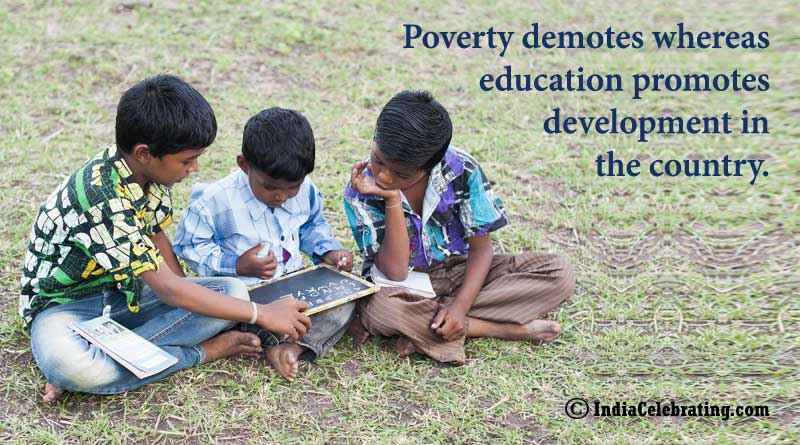 Poverty demotes whereas education promotes development in the country. 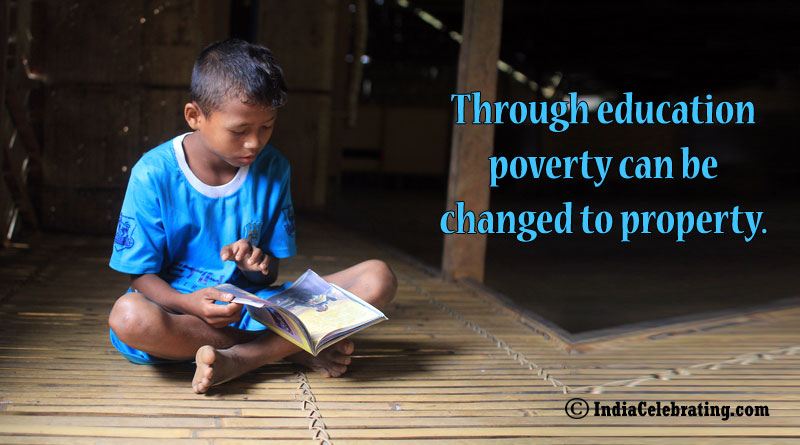 Through education poverty can be changed to property.

Promote education to eliminate poverty from all over the nation. 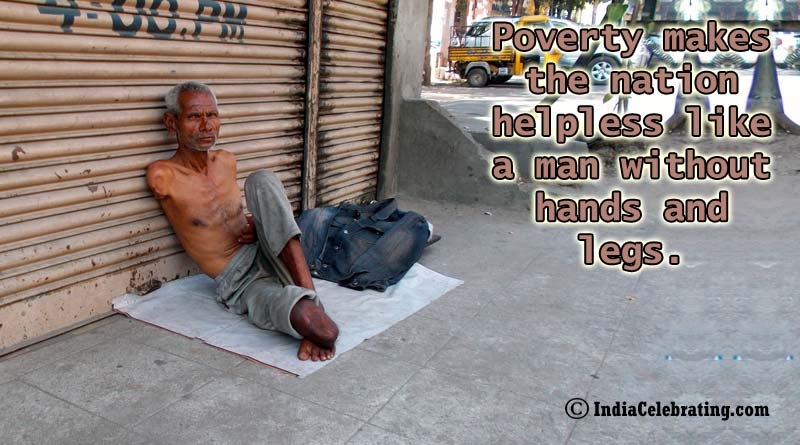 Poverty makes the nation helpless like a man without hands and legs. 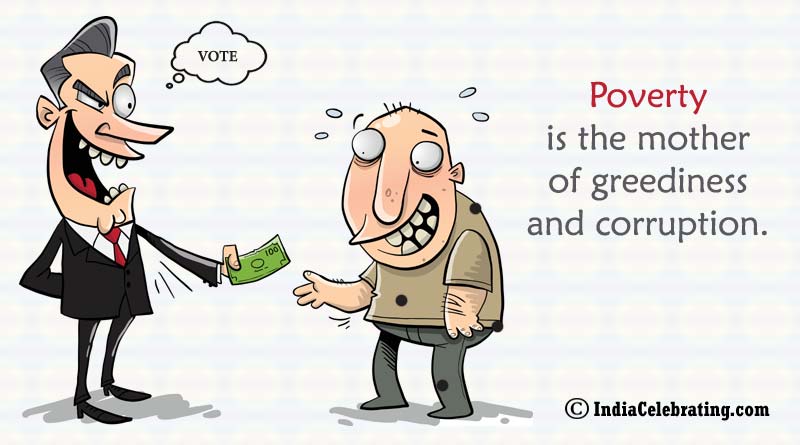 Poverty is the mother of greediness and corruption. 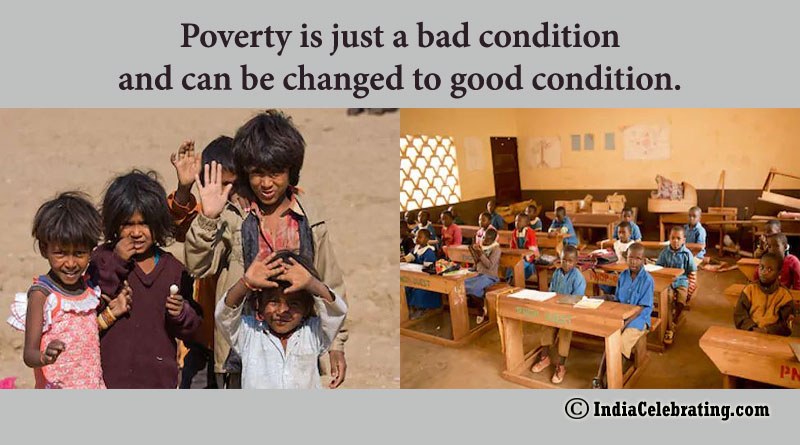 Poverty is just a bad condition and can be changed to good condition. 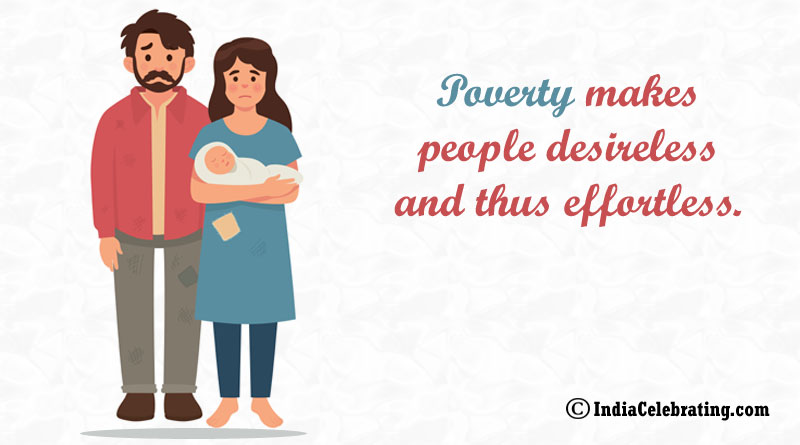 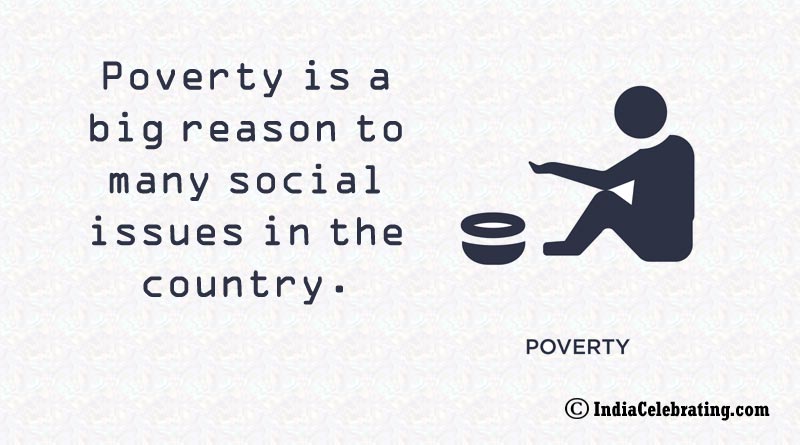 Poverty is a big reason to many social issues in the country.

They don’t make the society worse, poverty is not a curse.

Change your concept, poor are also worthy of respect.

Poverty is from where the crime begins.

Poverty should be reduced but poor should not be used.

Poor should not be hated, they must be educated.

Provide education to remove poverty from the nation.

Poor people of get support they also contribute in nation’s growth.

Poor are not fool; they also need to go to school.

Poverty is a disease, help to poor and make them please.

Poverty is a condition, not destiny! It can be corrected.

Take poverty as a condition, not as a destiny!

Poverty is not a curse, it is just a condition.

Poverty is a condition and it can be overcome through education.

Education is the only medicine for poverty.

Education is an effective solution for the poverty.

Poverty cannot win over education; it can be easily defeated by proper education.

Poverty can be eliminated through education.

Poverty is dangerous to the success of any nation.

A nation cannot develop if it has poverty!

Poverty restrains the development in the country.

Poverty restricts the development of a country.

Poverty gives rise to many social issues in a nation.

Poverty, illiteracy and corruption go side by side; all can be cured through a common medicine – education.

Poverty makes a nation hollow from inside.

Poverty is like a virus which weakens the nation by eating its base bones.

Poverty can be defeated only through the education.

Poverty is not a curse but it has power to down the development in a nation.

Poverty is not a curse but it has power to down the morals of a person.

Poverty eats people strength and makes them hollow from inside.

Poverty makes the nation wingless like a bird without its wings.

Only education can change poverty into property.

Poverty leaves people helpless in the world; like a bird without its wings in the sky.

If poverty can be generated, it can be finished too.

Poverty can destroy a nation without using any weapon.

Poverty is enough to hinder the growth of a nation.

Poverty makes a man helpless but it cannot withstand in front of education.

Poverty makes a man weak but it cannot win to the education.

We should always defeat poverty but not a poor!

We should hate poverty nut not a poor!

We should keep poverty away but not a poor!

We should help each and every poor to make poverty helpless.

Education is the only weapon to win over poverty.

Education is the only weapon to defeat poverty.

Poor people should not be ignored; they should be educated.

Education is the basic need to remove poverty.

As being a citizen of nation, we can do our best to promote education among poor people.

Education is the tool to get rid of poverty.

Don’t ignore people, just because they are poor; help them.

Let’s pledge together to make our nation a poverty free nation.

How strange, no one wants to cross range to fight poverty.

It’s time to unite as poverty is not our right.

Poverty is the mother of crimes and social issues in the country.

Poor people are calling to save them from falling.

Poor people need a friend to give poverty an end.

We need to hit so that poverty can quit.

Poverty hinders the mental and physical growth of a person, just remove it away!