There are various types of pollution spreading with fast speed day by day and deteriorating the nature’s beauty and resources. They are reducing the life span of people and animals as well as reducing the chance of existence of life on the earth in the future. Pollution is the reason of global warming, increasing level of green house gases, declining ozone layer, increasing sea level, etc all over the planet.

Some of the developed countries worldwide are big polluters as they are emitting much carbon dioxide gas and other toxic gases than other developing countries. There is an urgent need to reduce the level of pollution in order to finish it completely; which is possible only when all the countries come together with same positive efforts in order to eradicate the pollution.

There is need of increasing awareness regarding pollution among people to stop them practicing any bad habit in order to reduce the level of pollution. In such case, slogans play nice role in motivating people very easily during any event or campaign celebration.

We have provided below some inspirational and encouraging slogans on pollution to use during green processions, protest against an act of polluting or other related events.

Pollution slogans are also used by some good educational institutions to display in the buildings to raise environmental awareness among students whereas non-governmental organizations use them to publicize their green message against pollution all over the country. Following slogans on pollution can be useful to you to aware people. You can use any pollution slogan according to your need and requirement:

Unique and Catchy Slogans on Pollution 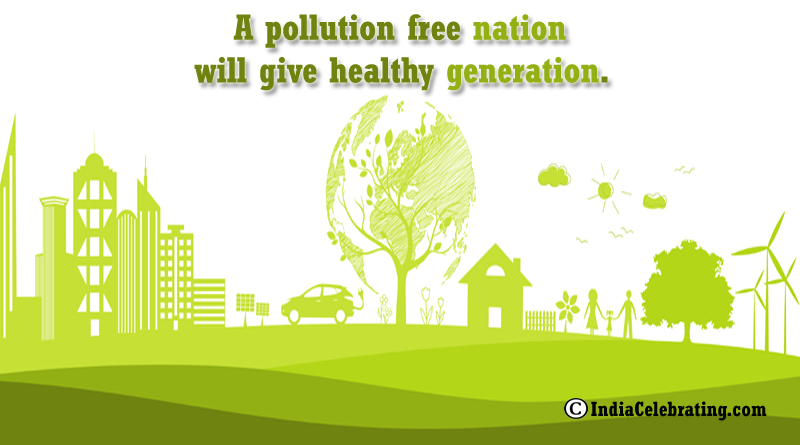 A pollution free nation will give healthy generation. 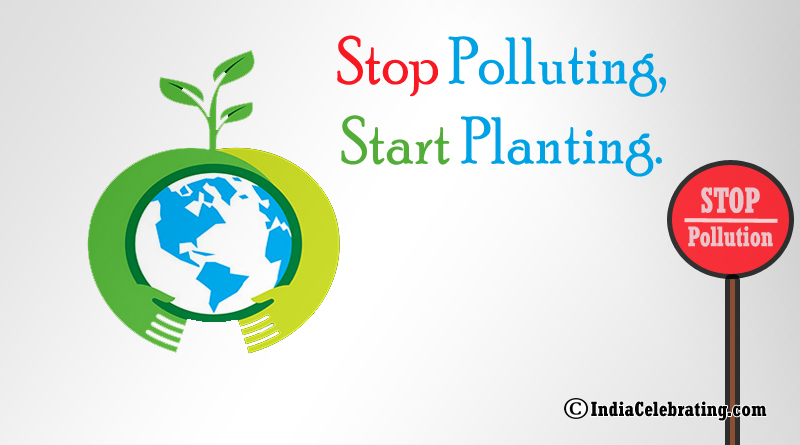 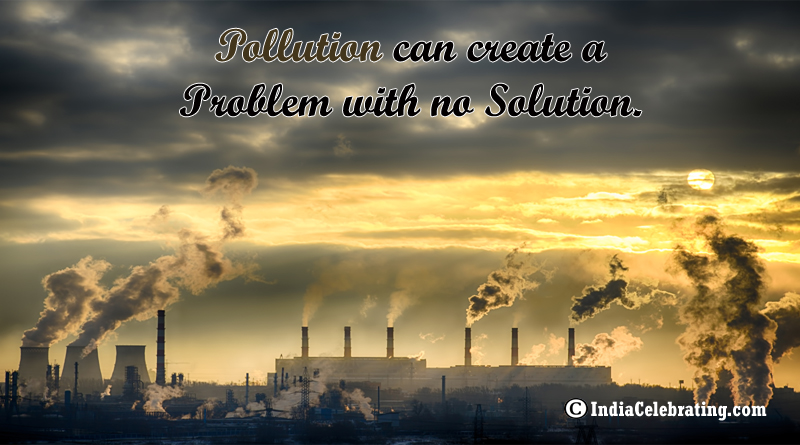 Pollution can create a Problem with no Solution. 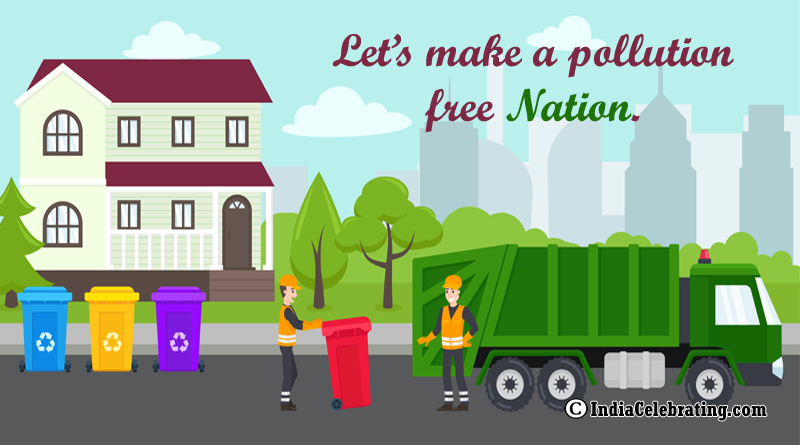 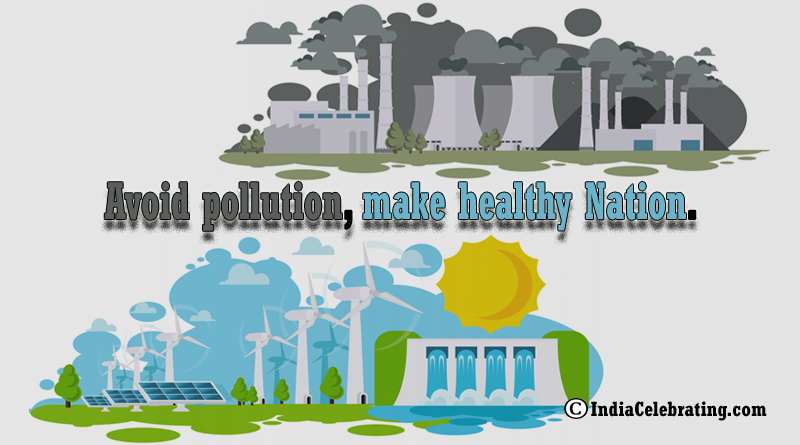 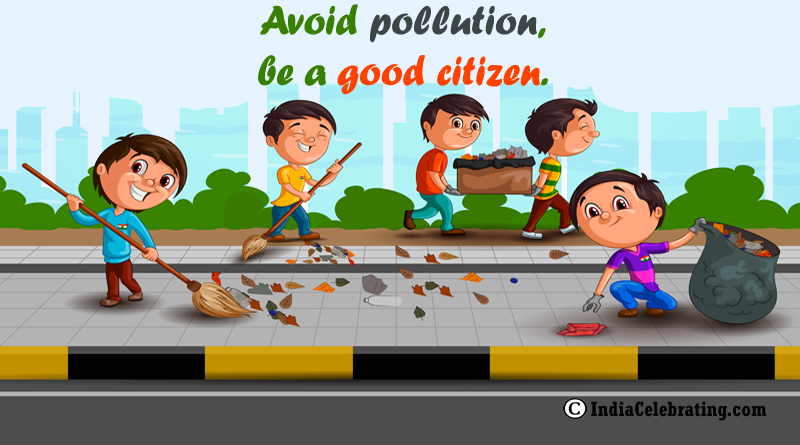 Avoid pollution, be a good citizen. 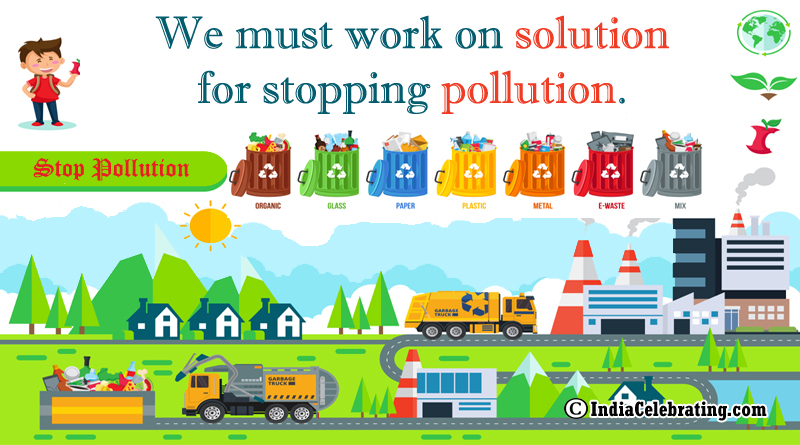 We must work on solution for stopping pollution. 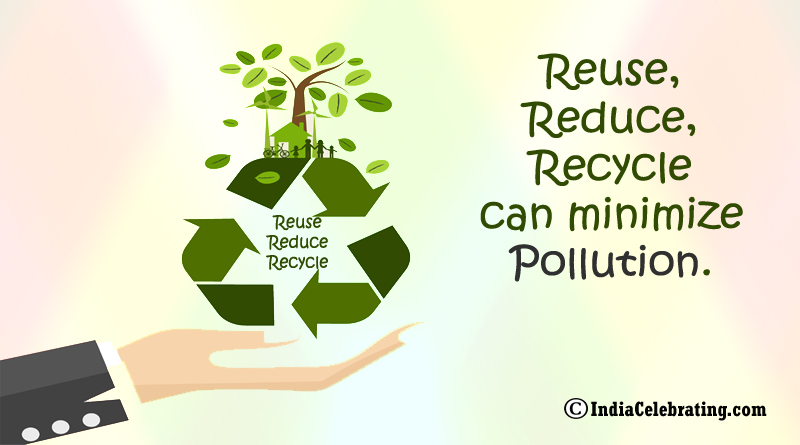 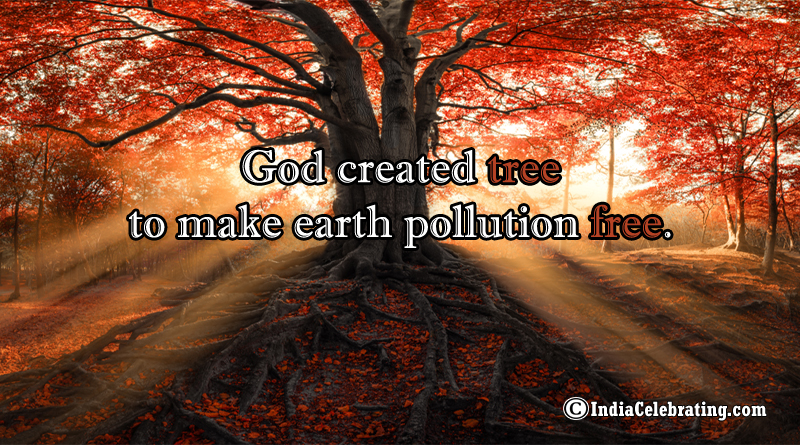 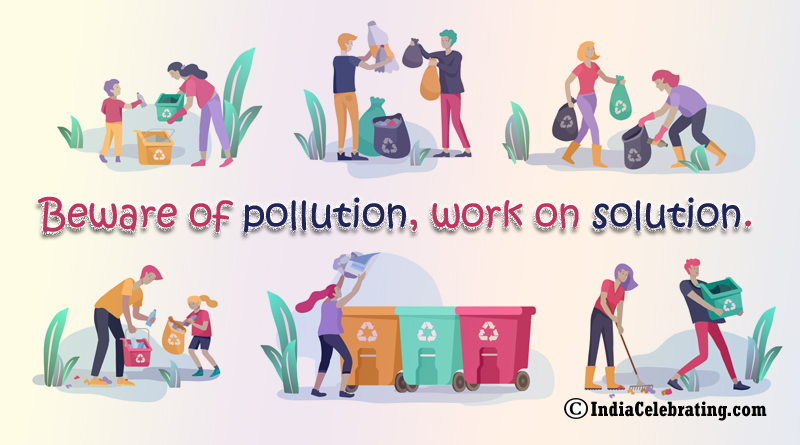 Beware of pollution, work on solution.

Human can live only if pollution leaves.

Beware of pollution, work on solution.

let’s pledge to remove pollution, It is harmful for nation.

Plant a tree, to be pollution Free.

We have created pollution; so, only we have to remove it.

Be green, be pollution free.

Say loudly, ‘No’ to pollution.

Pollution is pollution, it is harmful in anyway, pledge to remove it.

Feel the harms of pollution and act positively to reduce it.

Change your life style in the favour to reduce pollution.

The only solution to pollution is 3R (Reduce, Reuse, Recycle).

Act seriously over all the solutions to pollution.

Stop pollution before it stop our breathe.

Try to eliminate pollution till the last breathe.

Stop pollution before it takes our lives.

Stop pollution to save next generation.

Pollution is a demon, don’t forgive it.

Pollution is arised of man’s bad actions, so it can be eliminated too.

Fight pollution to bring right changes in the environment.

Fight pollution to get at least slight relief.

Control your needs to control the pollution.

Love the nature but hate the pollution.

Welcome the greenery but say bye to pollution.

Pollution is killing the nature’s purity, kill the pollution.

Don’t pollute the environment; it will finish life on earth a day.

Polluters are criminals, must punish them.

Kids must know about causes of pollution.

Teach your kids about causes of pollution and prevention methods.

Polluters are hidden killers, punish them.

Don’t be a polluter, be a hero and act to reduce pollution.

Polluters are rivals of nature’s beauty, punish them.

Turn a polluter into non-polluter and be a real hero.

Point out polluters and teach them.

Polluters are shame on this planet.

Polluters are making us sick, search and punish them.

Pollution is destroying us physically, mentally and socially.

Pollution are injurious to health, let it destroy.

Noise pollution causes deafness among people, unite together to destroy it.

Use dustbin to throw garbage but be sure to recycle it.

Don’t throw garbage here and there otherwise it will eat you.

Don’t create much garbage otherwise it will make your life garbage.

Earth is our only planet to live, don’t let polluters to pollute it.

Love the nature; it will bless you with long life. Eradicate pollution!

Load your lungs with fresh oxygen but not with toxic gases.

If you pollute the air, where you will breathe in clean air.

Eradicate air pollution and improve the IQ level of your kids.

Use cycle or share vehicle to reduce air pollution.

Water bodies are not dustbin, don’t load them with garbage.

Keep water bodies clean to get fresh water in future.

Don’t fight to each other, just fight with pollution.

Clean air is always fair, don’t let it be polluted.

Care for fresh air and don’t share it with toxic gases.

Don’t do sin and get win over pollution.

Be wise but don’t rise pollution.

Salute the earth but don’t pollute.

Kill the pollution otherwise it will kill you.

Saying No to pollution should be your new resolution.

Join the green revolution to reduce the pollution.

Search for solution but not for pollution.

To be healthy, wealthy and wise; raise your voice against pollution.

Be aware to reduce pollution and make it rare.

Don’t use plastic; it is making your life drastic.

Always remember to recycle and use cycle.

Teach polluter to nurture the nature.

Essay on Pollution due to Urbanization

Essay on Pollution and its Effects

Essay on Pollution due to Festivals

Essay on Pollution Due to Firecrackers

Slogans on Save Water