Beginning in 1974, the World Environment Day is celebrated every year on 5th June to spread awareness and propose policies for the protection of environment. It is one of the biggest campaigns of United Nations for raising awareness on several issues like environment, climate change, marine life, overpopulation and illegal wildlife trade etc. Each year around 150 countries take part in celebration of World Environment Day, with participation from several non-profit –non-government organizations, communities and business organizations. Every Year a new theme is adopted to promote Environmental protection.

Long and Short Essay on World Environment Day in English

World environment day campaign was established to bring some positive environmental changes all over the world to make life better and more natural.

Environmental issues are big issues now-a-days to which everyone must be aware and give their positive efforts to solve such issues.

Youths of any country in the form of students are big hope to bring some positive changes in the environment full of pollution, global warming, etc. Students generally get this topic in the school to write paragraph, essay, article, narrate speech, or topic of debate, etc.

It is celebrated by the people in more than 100 countries. It is the day when public and politicians get stimulated through awareness programs regarding environment to enhance the political attention as well as public actions. This day was created to promote people to work for environmental issues and become active agents of the sustainable and eco-friendly development worldwide. 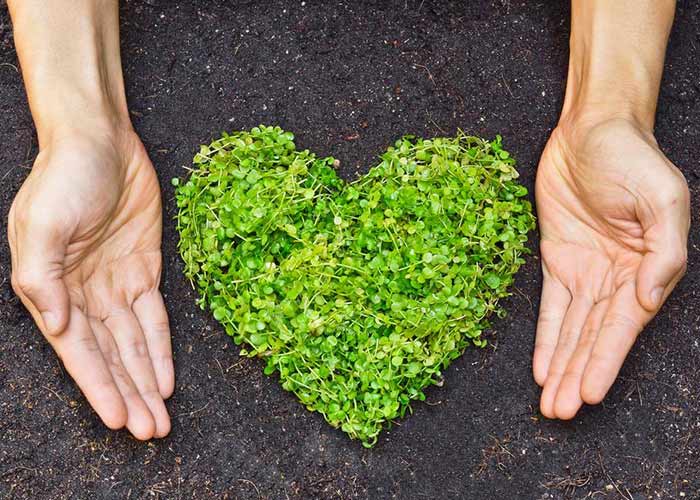 It is to promote people to change their attitude towards the environment for making a safe future. State level activities based on theme are organized by the Kerala State Council for Science, Technology and Environment in order to celebrate the World Environment Day. The theme for World Environment Day celebration 2016 was “Fight against the Illegal Trade in Wildlife”.

The main objectives of this campaign are encouraged among public by the media and celebrities through endorsing and participating in its celebration. The goodwill ambassadors from United Nations Environment Programme send messages worldwide to take actions for World Environment Day. This campaign makes a call to the people to join its celebration event in mass number to get aware of the real environment conditions and be an agent of the effective programs against environmental issues to combat with the climate changes. We should involve in the celebration and take pledge to save our environment for better future.

World Environment Day is a campaign celebrated annually on 5th of June to inspire people worldwide to stop negative environmental changes. This campaign was established to focus on environment conditions and encourage people to be the active part of positive changes in the environment on earth in order to ensure the safe future of our planet.

World Environment Day was declared in 1972 by the United Nations General Assembly during the opening of United Nations Conference on the Human Environment. However, this campaign was started and first celebrated on 5th June in 1973. It is celebrated every year and its celebration is based on its annual theme especially declared by the United Nations. This program is hosted by a city where environmental topics are discussed including various activities. It is the most important day of United Nations for encouraging and aware people worldwide to take some positive actions for the protection of our environment. Now, it has been a big global platform for public outreach in more than 100 countries.

The condition of our environment is getting declined day by day because of the pollution and global warming. We should celebrate and promote eco-friendly development in our country in order to save the environment for better future.

The celebration of this campaign is hosted every year by different city during which an international exhibition takes place for whole week. United Nations aware and promote people about environment through this campaign celebration. It is an effective annual campaign to get public action and political attention positively.

Varieties of activities are organized during its celebration to make it more effective and fulfill the objectives of particular theme of the year. Activities are like essay writing, paragraph writing, speech, drama play, street rallies, quiz competition, art and paintings, parades, debates, and many more activities. Other kinds of exhibitions are organized to promote environmental awareness among people. It attracts a huge gathering of academics, environmentalists, professors, scientists, politicians, etc including common public where new ideas are created concerning the environment.

Other than the celebration of world environment day by the host city, it is individually celebrated by the countries in their states, cities, hometowns, schools, colleges, public places, etc with parades, cleanup activities, concerts, recycling initiatives, tree plantation, including all kinds of green actions to motivate and inspire people towards the bad condition of this beautiful planet. It is not a public holiday thus all the schools and offices remain open and no one gets off. It is an initiative to work together for taking some positive actions to maintain the beauty of the planet. We should keep in mind all the objectives of this campaign all around the year and convert them into actions accordingly in the form of beautifying the surrounding areas through plantation and cleanliness, saving water, less of use of electricity, using organic and local foods, save wildlife, and so many. We have only one planet to live on, it is our home and only we are responsible to maintain its natural beauty forever.

World Environment Day is a campaign celebrated every year on 5th of June to solve environmental issues by implementing new and effective plans in order to make environment safe, secure and healthy for better future. It was declared by the United Nations General Assembly in 1972 during the opening of a special conference for environment named as “Stockholm Conference on the Human Environment”. It is a most important day commemorated annually to spread awareness about environment among people all over the world as well as encourage and motivate them to take positive actions regarding clean and beautiful environment on the earth. It is celebrated with lots of preparations as a big event of the year during which political attention and public actions are enhanced.

WED was established with various plans, agenda and objectives to remove all the environmental issues from this planet and make it really a beautiful planet. It was necessary to establish this particular event to focus on environmental problems and give people a face to environmental issues. Its celebration helps us to understand the importance of healthy environment for our healthy life as well as to empower public to be the active agents of sustainable and environment-friendly development worldwide. It spreads the common understanding among people that it is must to change their attitudes towards environmental issues to ensure the availability of a safer and more prosperous future to all the nations and peoples.

World environment day campaign is run by the United Nations Environment Programme (UNEP). Its headquarters are in Nairobi, Kenya however celebrated in over 100 countries all across the world. It was established in 1972 however celebrated first time in 1973. The celebration event of it is hosted every year by the different city (known as host city) with different theme (declared by the UNGA). It is celebrated through the international collaboration of people. The theme of world environment day celebration 2016 was “fight against the illegal trade in wildlife for life” and host country was Angola.

It focuses to bring people from all countries at one track to deal and combat with the climate changes and improve the management of forests. It is celebrated with many creative activities such as tree plantation, cultural activities by students, drawing, painting, quiz competitions, debate, lectures, essay writing, banner display, speech recitation, etc on topics related to the environment protection. Workshops (regarding sustainable project management) are also organized to encourage youths about the environment and climate change issues for safe future on the earth.

Essay on Environment and Human Health

Essay on Environment and Development

Essay on Save Environment

Save Water Save Life Essay

Pollution due to Festivals Essay