AIDS stands for Acquired Immune Deficiency Syndrome; as the name suggests, the disease targets the immune system of the infected.  The disease is caused by the HIV (Human Immunodeficiency Virus) Virus. HIV Virus can transmit among humans through unprotected sex, hypodermic needle sharing or reuse or through saliva.

The traditional treatments don’t improve the condition of the infected, because the HIV infection considerably reduces the immunity of the affected body. The infection needs to be established by a clinical test for the presence of virus, in the blood of the infected.

The disease is not curable but under correct medical treatment and guidance the infected could live longer than what he would in normal conditions. Some high income countries have normal life expectancy of the infected because of best medical care, facilities and medicines.

Since the beginning of the infection more than 35 Millions have died and over 36.7 Million people are still infected with the disease worldwide. There is a urgent need to stop the virus from spreading further by making people more aware of the causes and effects of the infection. With this main objective ‘World AIDS Day’ is celebrated worldwide on 1st December every year since 1988 i.e. to raise awareness about the disease and to stop its further spread.

Below we have provided some unique and catchy slogans on “AIDS and World AIDS Day in English” for you to raise awareness about the life threatening disease and to escalate the fight against it. These AIDS and World AIDS Day slogans will also make you think about those who suffer from the disease as well as the plight and sorrow of their dependants.

The effectively written slogans will inspire you to raise public awareness about the disease and an international event observed globally to eliminate it. These slogans on AIDS and World AIDS Day are effectively written to convey the causes, effects and prevention of AIDS as well as the significance of celebrating World AIDS Day. These slogans will be really helpful for you to aware masses while celebrating the “World AIDS Day” in your school, college, hospital, office or society.

Unique and Catchy Slogans on AIDS and World AIDS Day 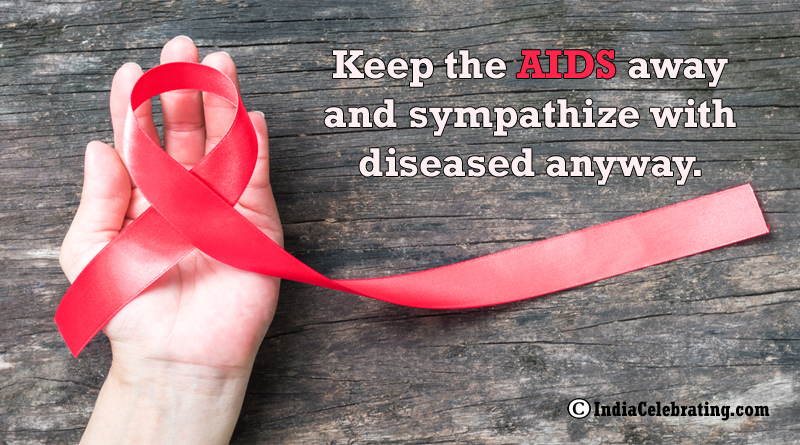 Keep the AIDS away and sympathize with diseased anyway. 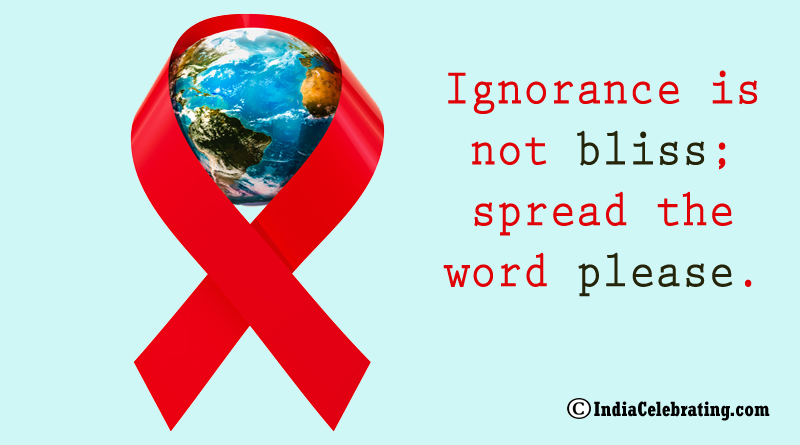 Ignorance is not bliss; spread the word please. 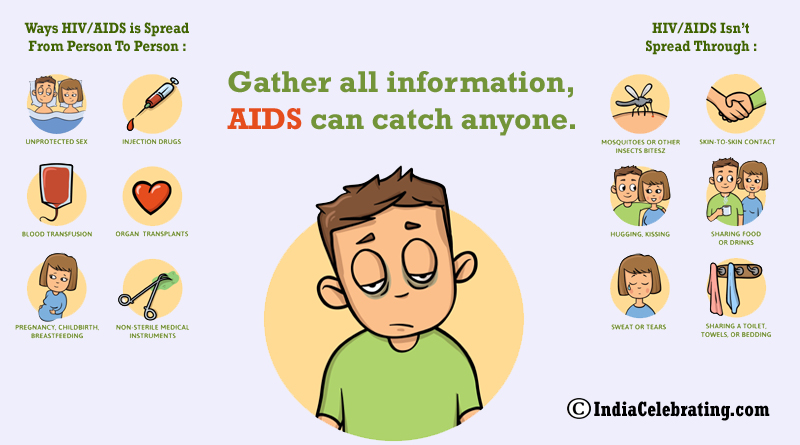 Gather all information, AIDS can catch anyone. 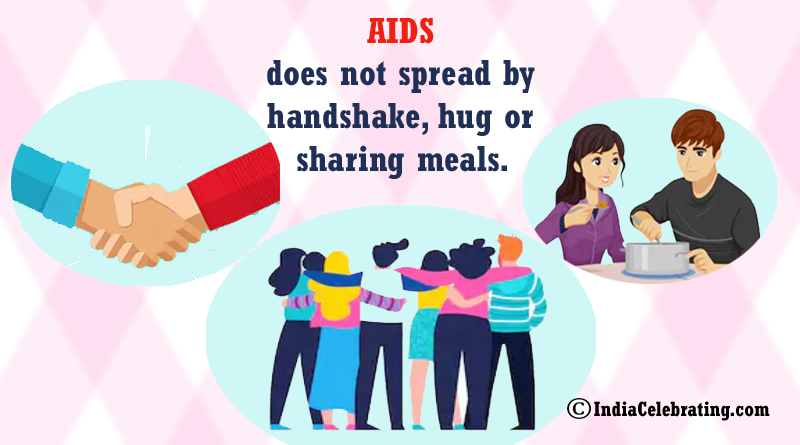 AIDS does not spread by handshake, hug or sharing meals. 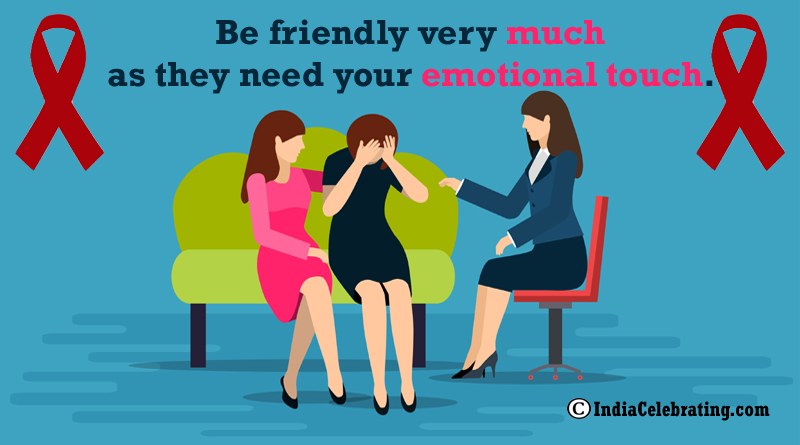 Be friendly very much as they need your emotional touch. 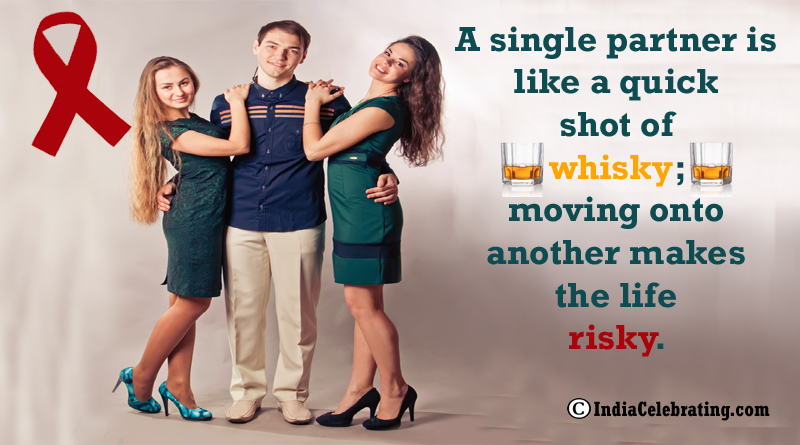 A single partner is like a quick shot of whisky; moving onto another makes the life risky. 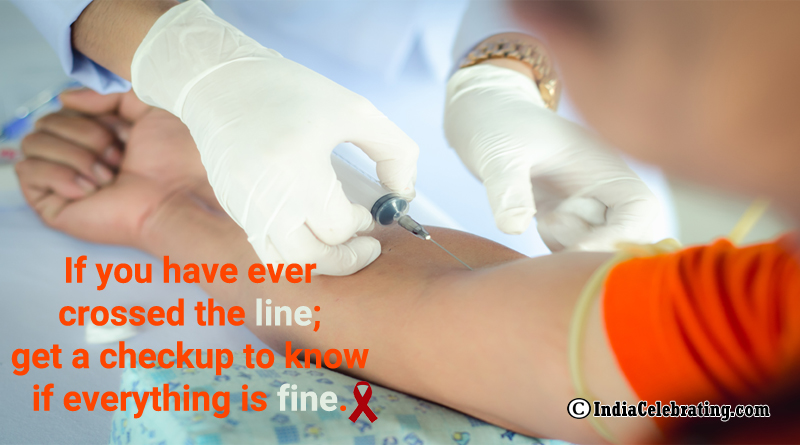 If you have ever crossed the line; get a checkup to know if everything is fine. 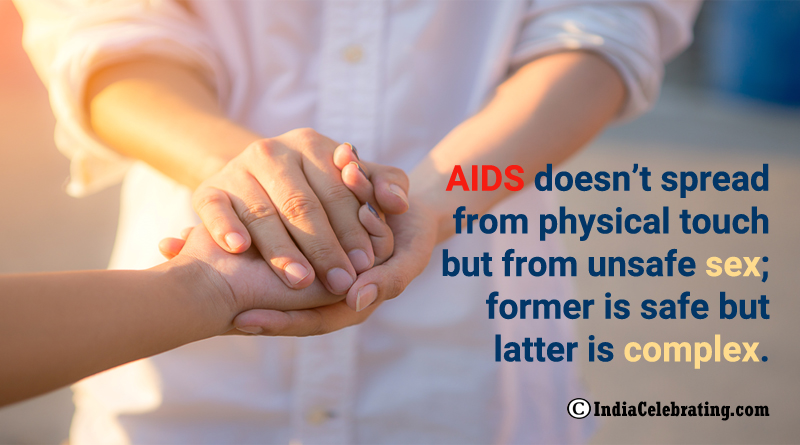 AIDS doesn’t spread from physical touch but from unsafe sex; former is safe but latter is complex. 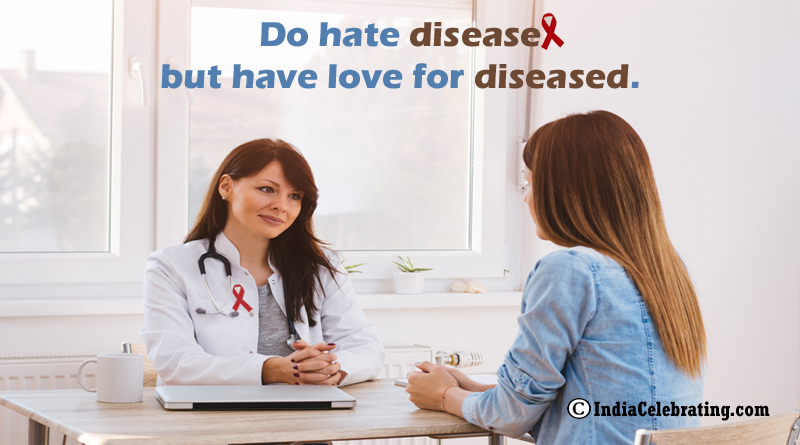 Do hate disease but have love for diseased. 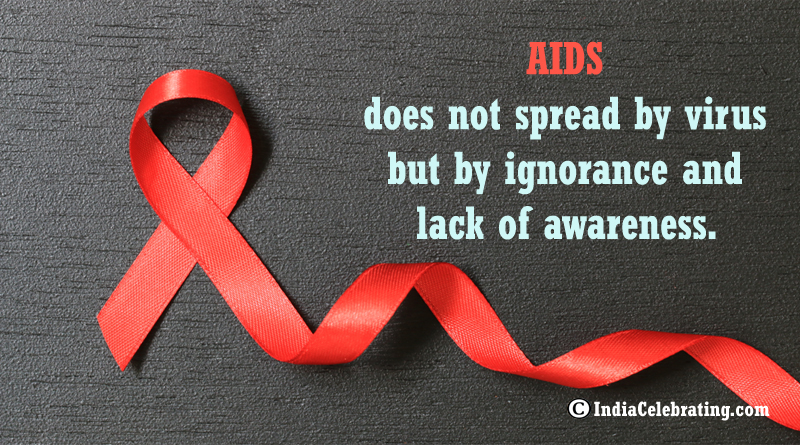 AIDS does not spread by virus but by ignorance and lack of awareness.

Be updated, diseased should not be hated.

You must open your eyes before AIDS closes them.

Prevention is better than cure, but what about AIDS which has no cure.

AIDS cannot be cured but yes, it can be prevented.

AIDS does not spread by virus but by ignorance and lack of awareness.

Let’s take a pledge to have safe sex.

AIDS is not a disease but a condition; which leads to a damaged immune system.

Better to control your reflex than to live in regret.

Play it safe with a single partner or die with two. The choice is yours!

Just few minutes of pleasure can bring a lifelong curse on your family! Think about it!

The disease can travel from husband to wife; leaving the children alone and scared for life.

Always use protection to satisfy your infatuation.

The disease has no cure; you can live few more years but can never be sure.

Few minutes of satisfaction is not worth a lifetime of medication.

Avoid unsafe sex and get married; else you might end up in a mortuary.

The HIV virus needs an entry point to get inside your body; you just have to safeguard those entrances.

Say no to sudden infatuation; to avoid medical complication.

If you want to live longer, say no to unprotected encounter.

Give the AIDS patients a hand shake and a warm hug; they are the ones who need it more than anyone else.

AIDS doesn’t spread from physical touch but from unsafe sex; former is safe but latter is complex.

Telling people about how HIV spreads will definitely save lives and make you proud.

Our lack of knowledge is a key to its success; don’t hesitate to speak on AIDS.

Be caring to the diseased; AIDS doesn’t spread through physical touch.

Think how to prevent and control the disease; don’t forget to help the diseased.

Don’t let the children suffer for the mistakes of their elders. Help them!

A child with HIV positive parents can still be HIV negative; under correct medication.

Men, women, children or adults; all must be know that how it spreads.

Many people don’t even realize the threat; you just have to make them conscious.