Before we start providing you slogans on election, we have given here a short overview about the election; you can go through this to have a general idea about the topic:

In a democratic setup, elections are the most significant national event, more so, as in the world’s largest and diversified democracy, India, where elections are celebrated as National Festival.

There are four main types of elections in India – Lok Sabha Elections, Rajya Sabha Elections, Elections of the State Legislative Assemblies and Local Bodies Elections, like Municipalities, corporations, panchayats etc. The electoral roll and eligibility for taking part in these elections has been enshrined in the Constitution of India. In some of the elections, people directly vote to select their representatives, while in others; the members are elected indirectly by the people i.e. by other elected representatives.

The power of people, in a democracy is applied through the process of election. It is only through elections that the supremacy of people over the government is fostered in a democracy. People franchise their vote to choose the government for a fixed term and have the right to change it in the next election.

Each election, ranging from Lok Sabha to local bodies, has its significance in fostering democracy and deciding the fate and future of India, as well as her citizens. The representatives, thus chosen through the electoral process, represent the views of the people of their respective constituencies. These elected representatives supervise the functioning of the government and take necessary financial and policy decisions, in the best interest of the people.

The Constitution of India has made no discrimination on whatsoever grounds between the voters; though, the minimum age to franchise one’s vote in any election in India, has been kept to 18 years. Poorest of poor to the most wealthy, both enjoy the same rights, when it comes to casting their votes. All stand in a queue for their chance, irrespective of their caste, creed, religion, social or financial status. Such is the beauty of Election!

Although, the law doesn’t mandates voting in the elections and it has been kept at the discretion of voters. Nevertheless, it is our responsibility as the responsible citizens to cast our votes, to form a government which functions in the best interest of the country and its people.

Below we have provided some unique and catchy “Slogans on Election in English”. These Election slogans will help raise general awareness of the masses about elections and their significance in a democracy. These slogans on Elections will make an impact on the audience and raise their awareness about elections and right to franchise. You can write the slogan on a placard to raise public awareness about election and its role in preserving democracy. The slogans will prove useful while campaigning for election or right to franchise or during relevant events in your school, college, office or society.

Unique and Catchy Slogans on Election 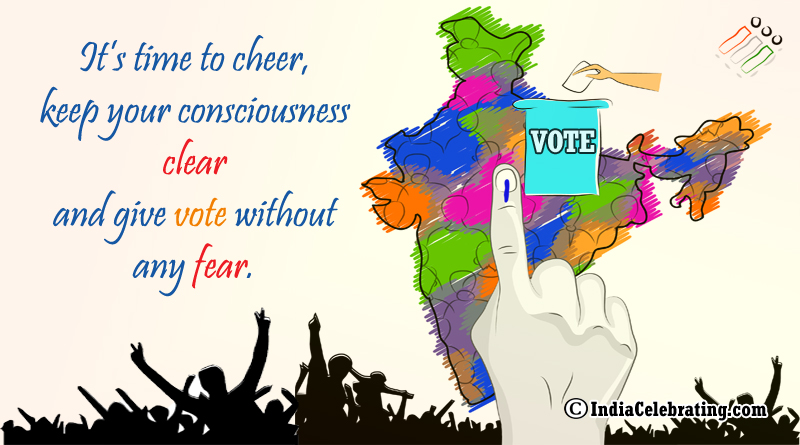 It’s time to cheer, keep your consciousness clear and give vote without any fear. 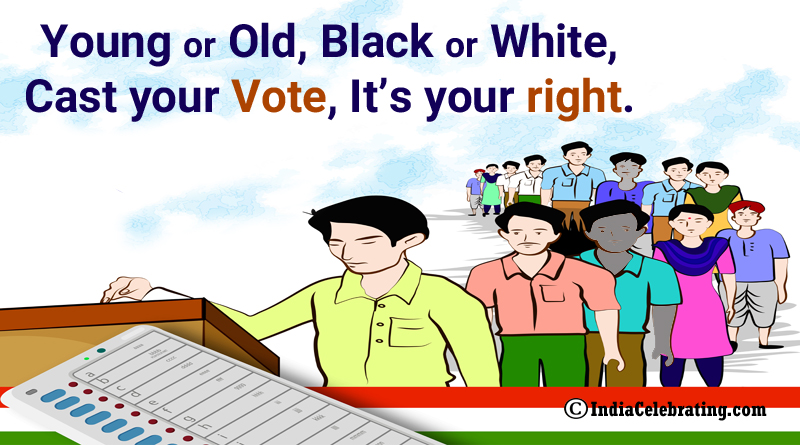 Young or Old, Black or White, Cast your Vote, It’s your right. 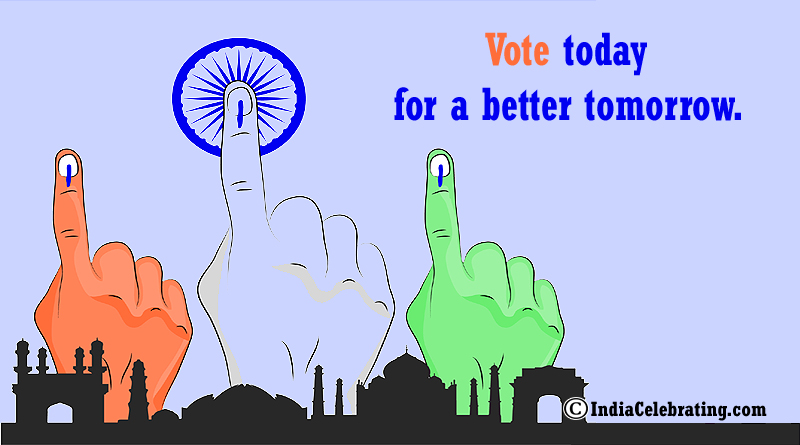 Vote today for a better tomorrow. 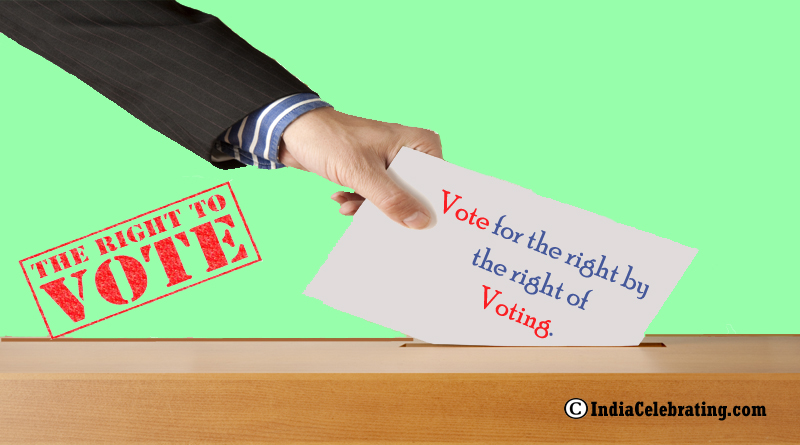 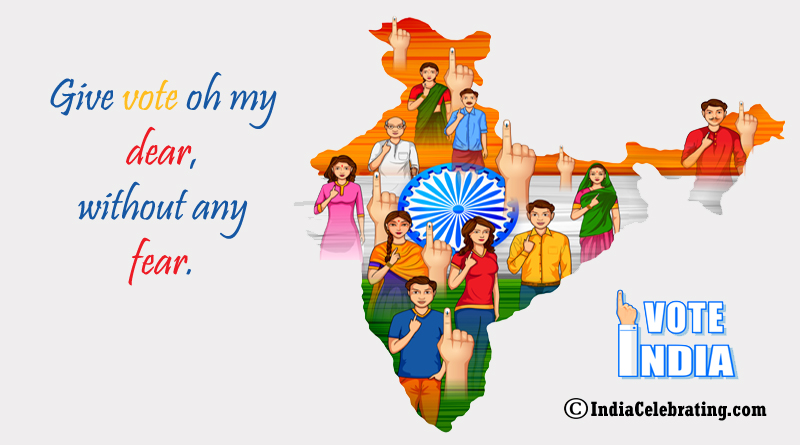 Give vote oh my dear, without any fear. 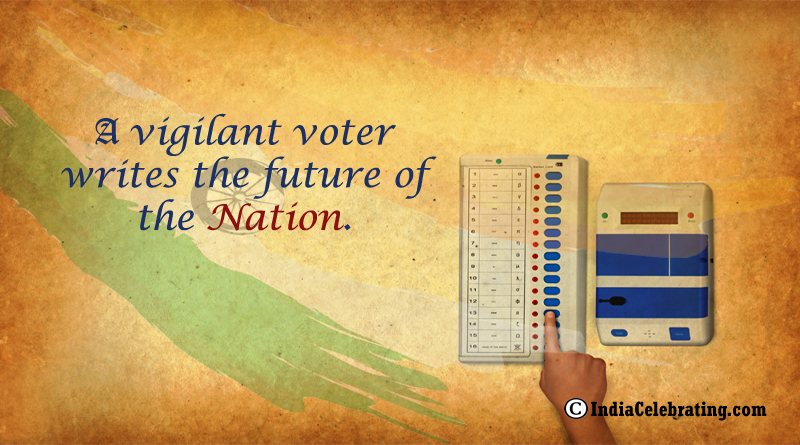 A vigilant voter writes the future of the nation. 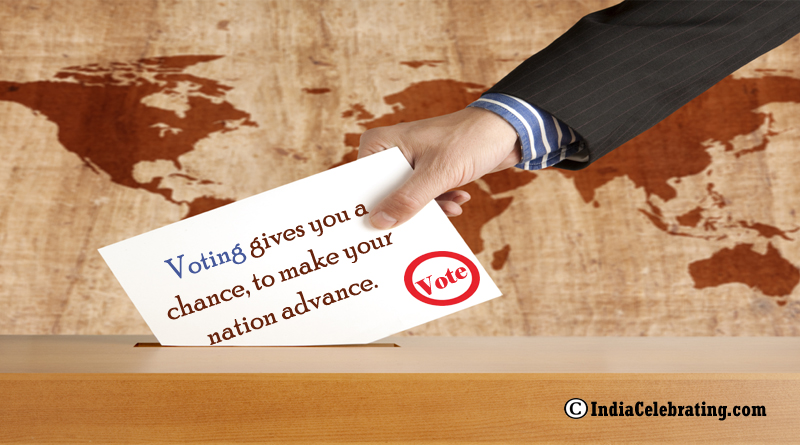 Voting gives you a chance, to make your nation advance. 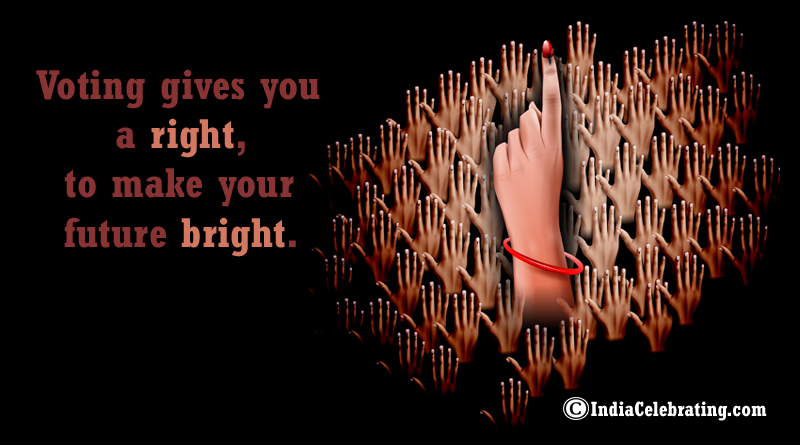 Voting gives you a right, to make your future bright. 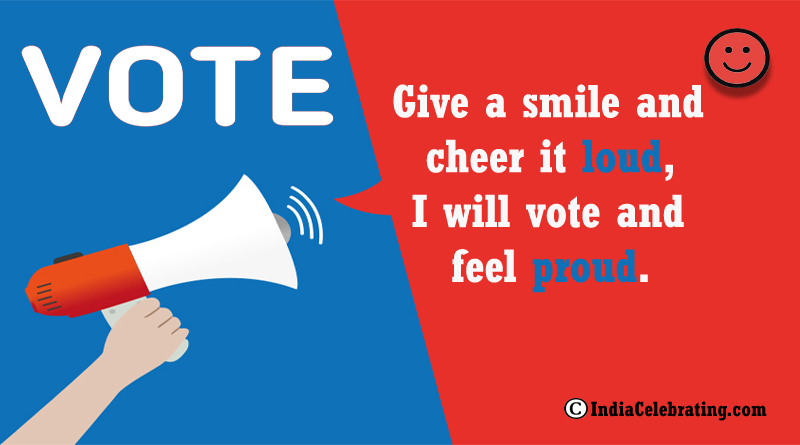 Give a smile and cheer it loud, I will vote and feel proud. 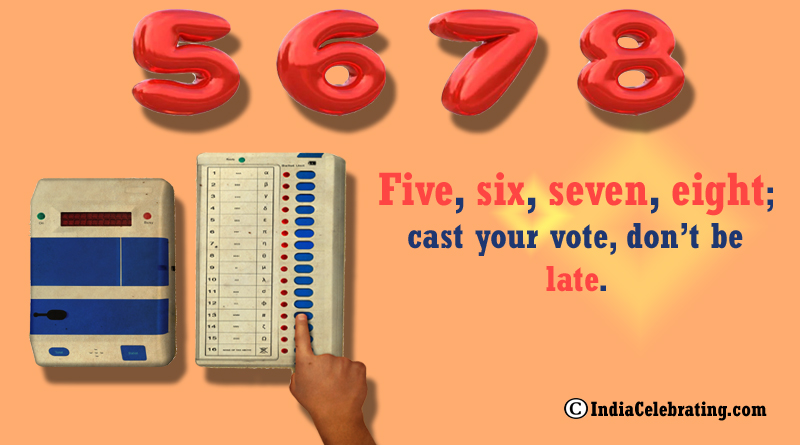 Remember the past and give your vote at any cost.

Your Vote is your Voice, Don’t let it be suppressed.

The voting percentage shows the awareness level of people.

Bus, Train or by Boat, Go to booths and cast your vote.

Democratic Election is a fair way of Government Selection.

One vote can change the course of the nation – don’t forget to cast yours.

Runny nose or sore throat; no excuses, cast your vote.

Take a decision today, to ensure a better tomorrow.

Poor or rich, young or old, every vote is precious than gold.

Election is the most significant festival of a democracy.

Take out an hour to cast your vote and show your power.

Either you oppose or support, always remember to cast your vote.

If you don’t vote, you are either too dumb or don’t care at all.

If you don’t vote for your nation, it goes in the favour of an undeserving person.

Vote for change if the government seems out of range.

Give your vote, to continue the nation’s growth.

Weigh the politicians, compare them wisely, choosing the wrong one may prove pricey.

Vote for who is right, to make the future bright.

Vote for the best, forget the rest.

Have a vision? If yes, then vote for the nation!

Election is all about voting to form a government, or throwing the existing one out.

One, two, three and four, be clear on whom you vote for.

Vote is the most potent weapon to change the future of a nation.

Vote to eliminate corruption; vote to form an honest government.

If you don’t vote, you don’t respect the freedom you enjoy.

There is only one way to throw out a corrupt government – Vote!

Those who vote – matter than anything; those who don’t are good for nothing.

Take the oath, to vote for prosperity and growth.

Speech on Election and Democracy

Speech on Election Commission of India

Essay on Election Commission of India

Article on Election Commission of India