Lal Bahadur Shastri was an Indian freedom fighter, a politician and above all a good human being, who throughout his life displayed exceptional endurance towards the adversities and always remained loyal to his principles and roots. Shastri Ji had put ‘service before self’ and that is why he was so hugely respected by the poor and rich alike. Experiencing financial scarcity from an early age he understood the sorrow of the poor, more than any other politician of his time. He was gifted with an exceptional insight into the plight of the poor, and was determined to help the deprived and needy.

Lal Bahadur Shastri held many prestigious positions including both in state as well as Central governments. He was the Minister of Police (now known as Home Minister) and transport in the state of Uttar Pradesh, Cabinet Minister of Railways, Minister of Home Affairs, Minister of External Affairs and the second Prime Minister of India.

We have provided here some inspiring, effective and eye catching slogans on Lal Bahadur Shastri which you can use at any event celebration while you need. 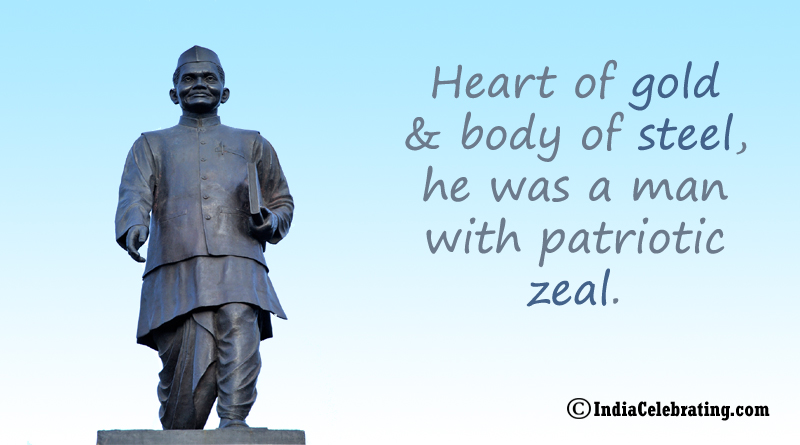 Heart of gold and body of steel, he was a man with patriotic zeal. 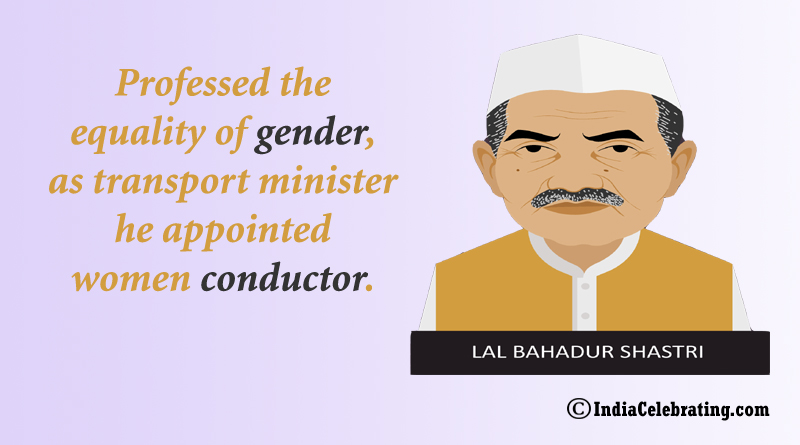 Professed the equality of gender, as transport minister he appointed women conductor. 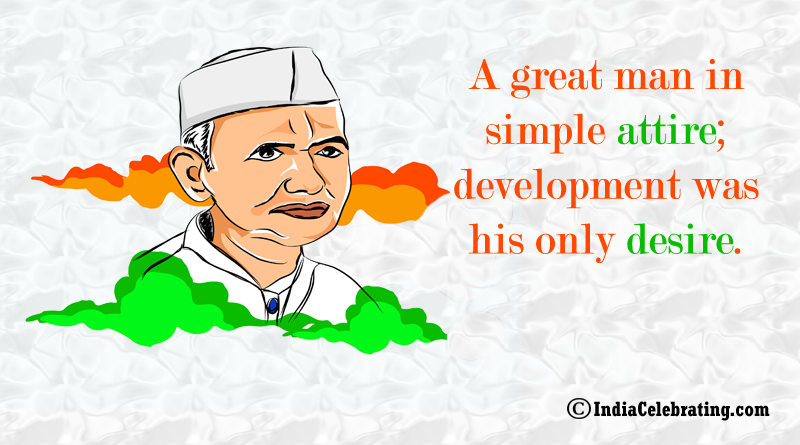 A great man in simple attire; development was his only desire. 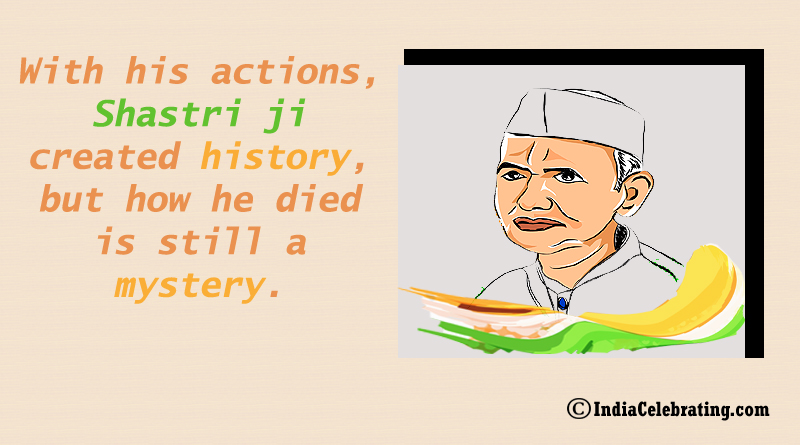 With his actions, Shastri ji created history, but how he died is still a mystery. 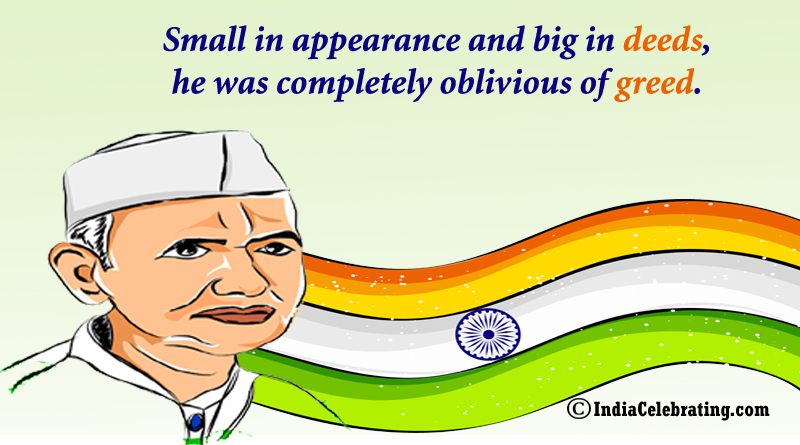 Small in appearance and big in deeds, he was completely oblivious of greed. 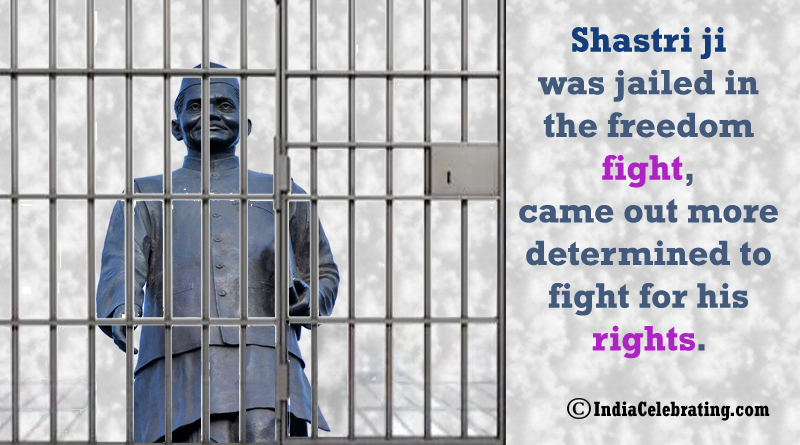 Shastri ji was jailed in the freedom fight, came out more determined to fight for his rights. 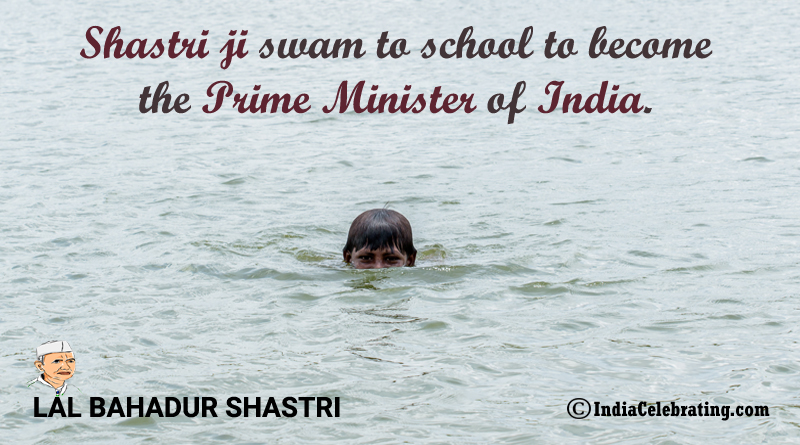 Shastri ji swam to school to become the Prime Minister of India. 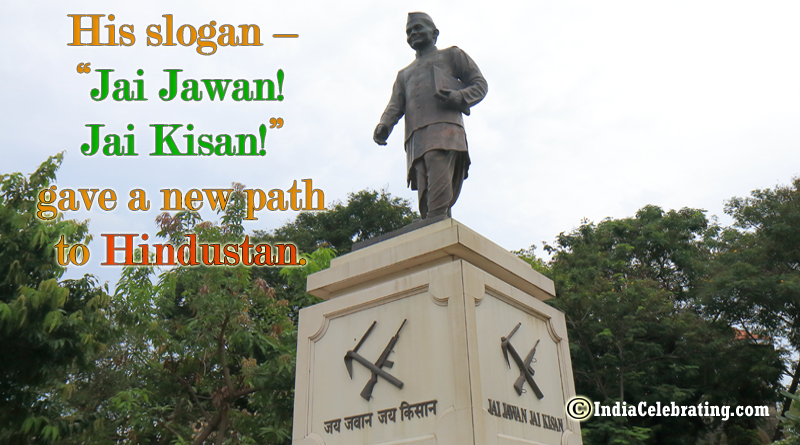 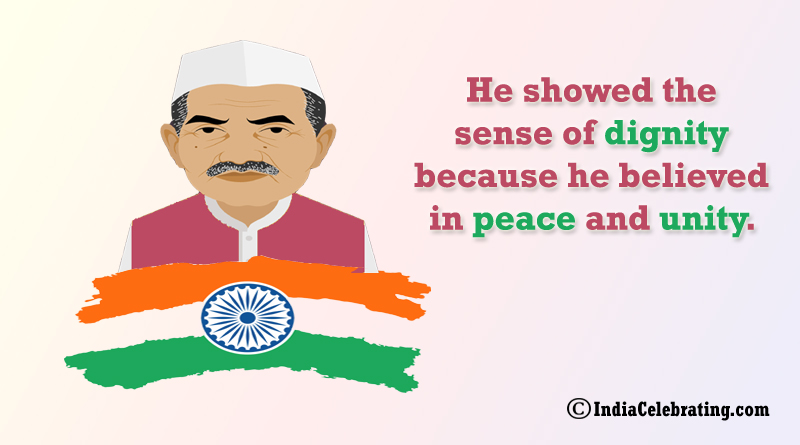 Shastri ji showed the sense of dignity because he believed in peace and unity. 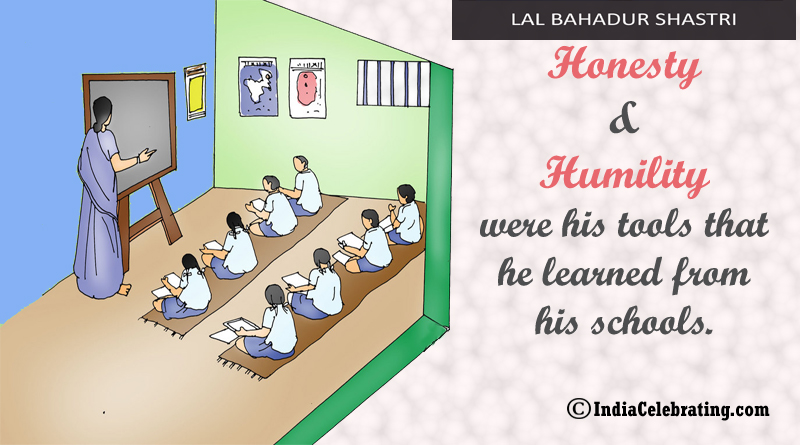 Honesty and Humility were his tools that he learned from his schools.

He believed in peaceful developments and made a number of achievements.

Shastri proved that He was not as simple as he looked.

Despite his age he was vigorous; and so, he is still an inspiration for us.

Shastri Ji was a true son of the soil.

Shastri ji had a difficult childhood; but, a successful life.

He was made wiser by the difficulties he faced.

Early struggles in life had made a fighter out of him.

He was not broken by adversities; but, rather strengthened by them.

Reading books on social reforms, he set a stage to perform.

He never wore a suit and always remembered his root.

His rise from the ground to heights through devotion made him an inspiration.

So true was his dedication that he declined the offered pension.

‘Jai Jawan, Jai Kisan’ he coined during the war with Pakistan.

As the Prime Minister he roamed in the battle field, inspiring soldiers and forcing Pakistan to retreat.

Lal Bahadur Shastri a man with simple life and clothes, never bow down that was his oath.

Shastri Ji brought new evolution, by his efforts our country has seen the white revolution.

He never lived life with other’s courtesy, when enemy was on the door he never showed the mercy.

When 1965 Indo-Pak war came into action, he sent Indian troops across LOC as a reaction.

For peace and prosperity Shastri Ji went too far, but when all doors are closed he had no choice other than war.

When enemy was on our door, rather than pleading Shastri Ji chose to roar.

What we can say about Lal Bahadur Shastri, a man always who worked for India’s prosperity.

A man who never asked for fame, if something happened he always took the blame; yes you are right Lal Bahadur Shastri was his name.

In his tenure challenges were fatal, but Lal Bahadur Shastri never went away from battle.