Independence Day in India is celebrated on 15th August to mark India’s Independence from British Empire on 15th August 1947. It is celebrated as a national holiday and is one of the most significant events of the nation. The spirit of celebration cuts across all the religions and cultures of India, so much so that it is also termed as the “National Festival”. The festival re-energizes the feelings of nationalism and patriotism in Indian masses, at the same time keeping them united in national interest. It is a celebration of Joy, to bask in the glory of freedom, but also to remember and honor those who have laid their lives in the service of the nation.

Independence Day is fervently observed throughout India with reverence to the nation and also the freedom fighters. The nation remembers those who have sacrificed their all so that we breathe in a free air. The day invokes patriotism and nationalism throughout the masses, irrespective of their demographic differences.

It is observed by every Indian all over the India with flag-hoisting ceremony, military parades and various cultural events. Teachers and students specially celebrate this event in the schools, colleges and other educational institutions.

Below we have provided some slogans those are sure to ignite patriotism in you. Slogans have often proved their mettle, by acting as catalyst for many great revolutions in history. A small and wisely written slogan can make you feel the same passion as our freedom fighters once had.

These unique and meaningful slogans on India’s Independence Day can be used to make this celebration more effective and memorable especially for students. You can choose any Independence Day slogan to celebrate 15 August.

Find here best slogans on Independence Day (15 August) with the eye catchy images to make your this year’s independence day celebration full of joy and happiness: 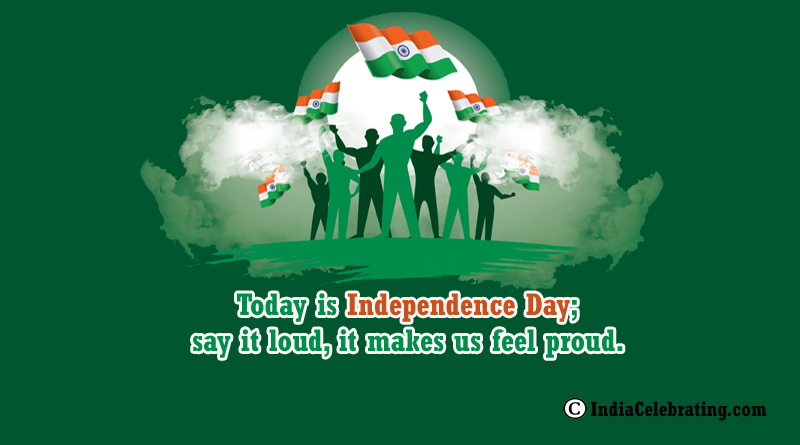 Today is Independence Day; say it loud, it makes us feel proud. 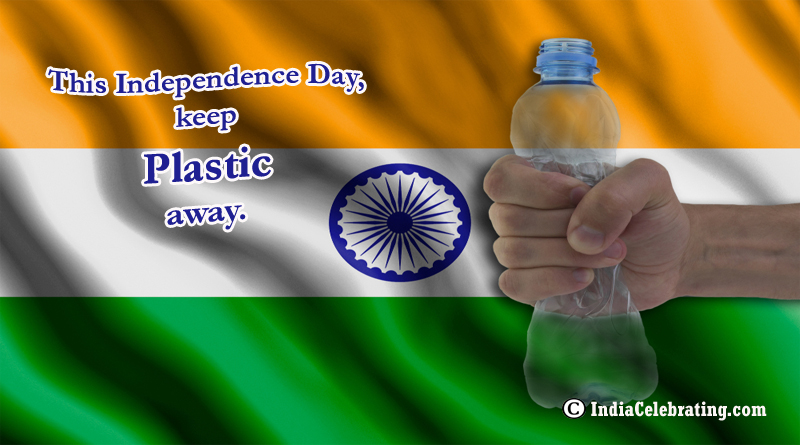 This Independence Day, keep plastic away. 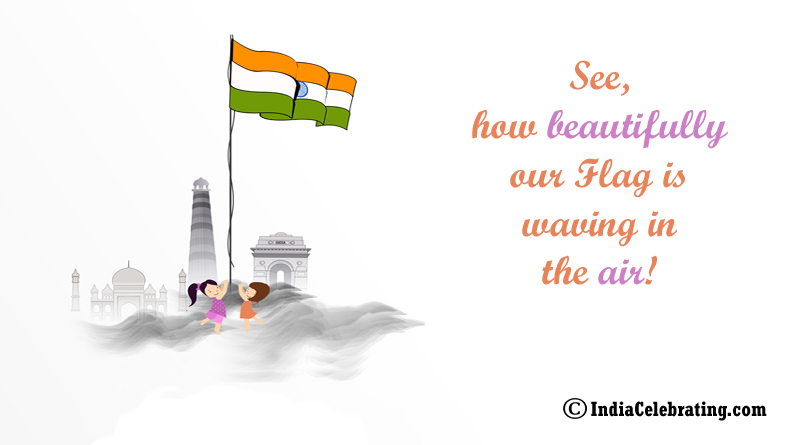 See, how beautifully our Flag is waving in the air! 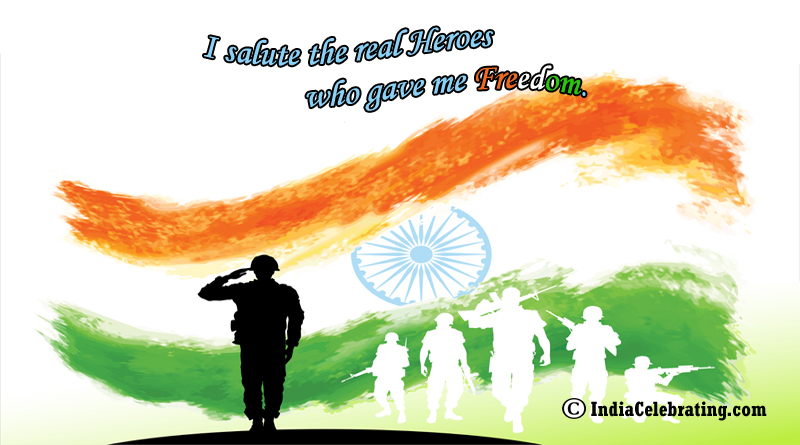 I salute the real Heroes who gave me freedom. 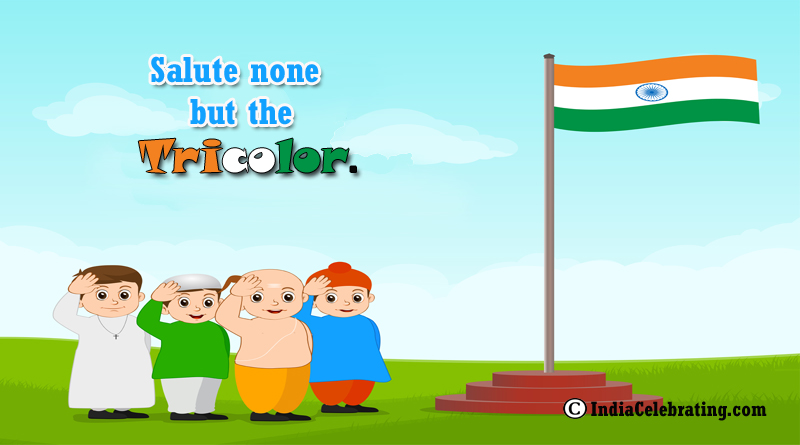 Salute none but the Tricolor. 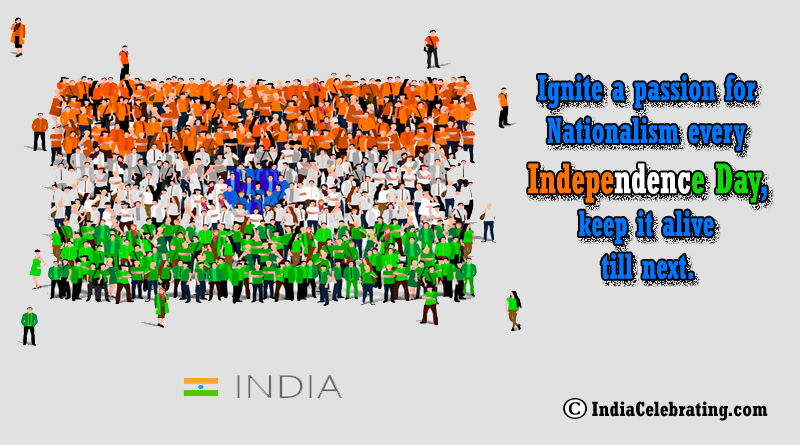 Ignite a passion for Nationalism every Independence Day, keep it alive till next. 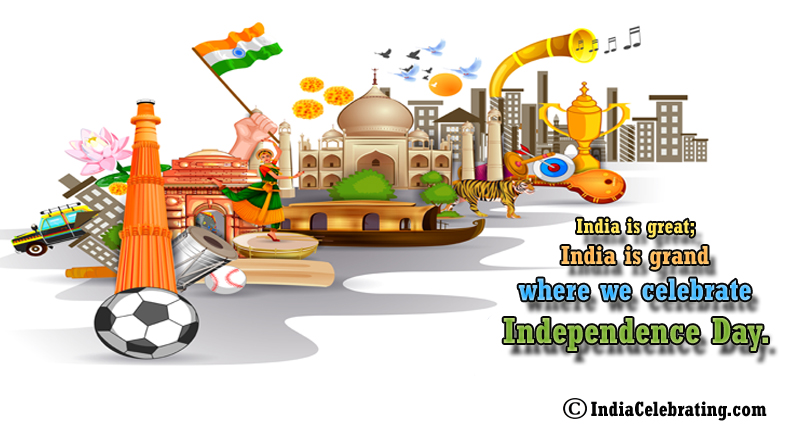 India is great; India is grand where we celebrate Independence Day. 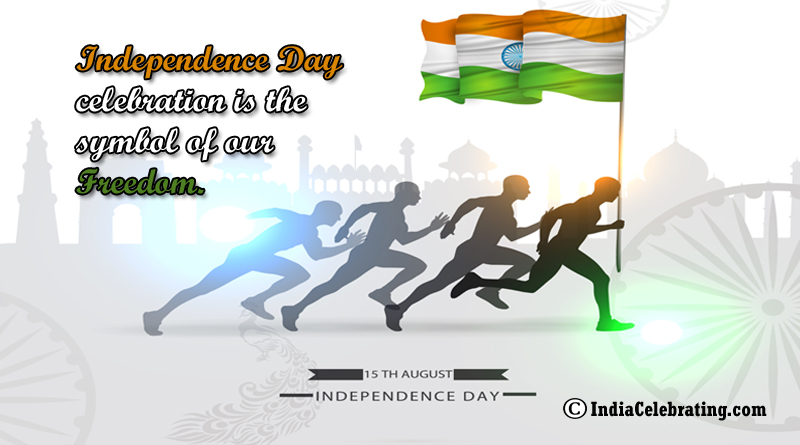 Independence Day celebration is the symbol of our freedom. 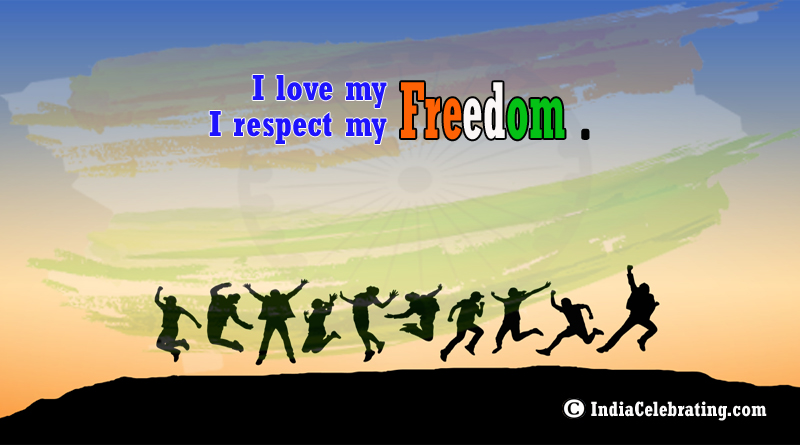 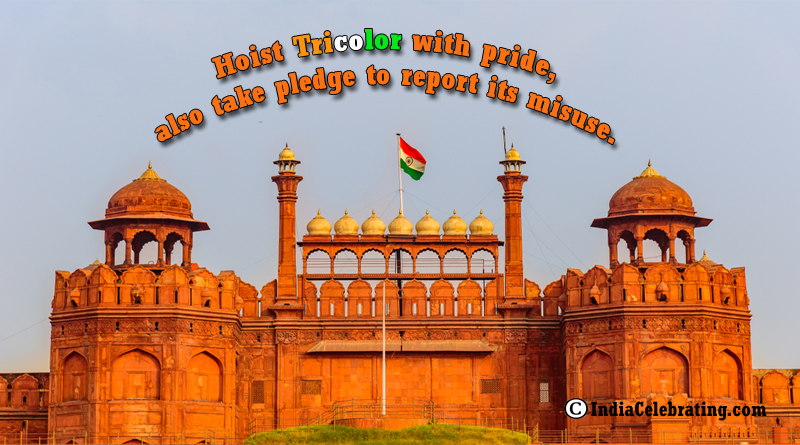 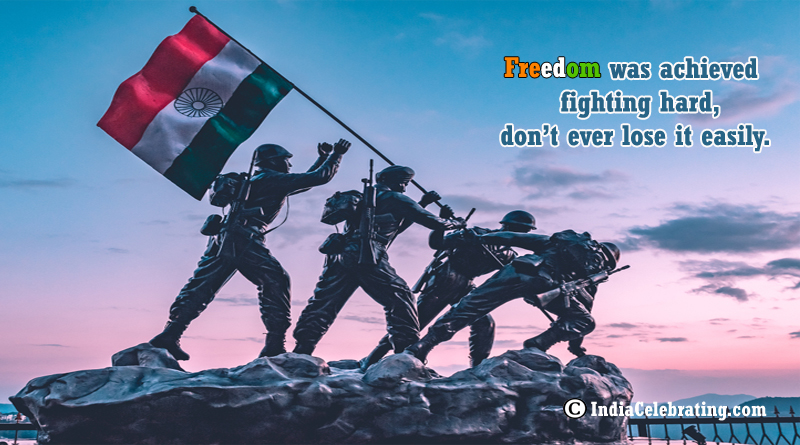 Freedom was achieved fighting hard, don’t ever lose it easily. 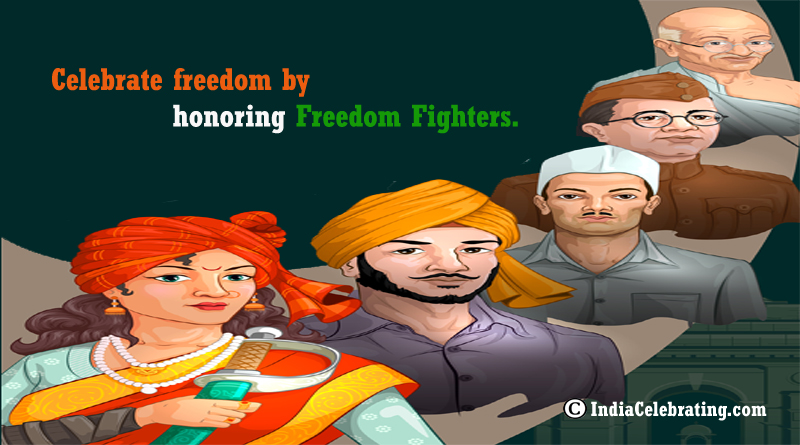 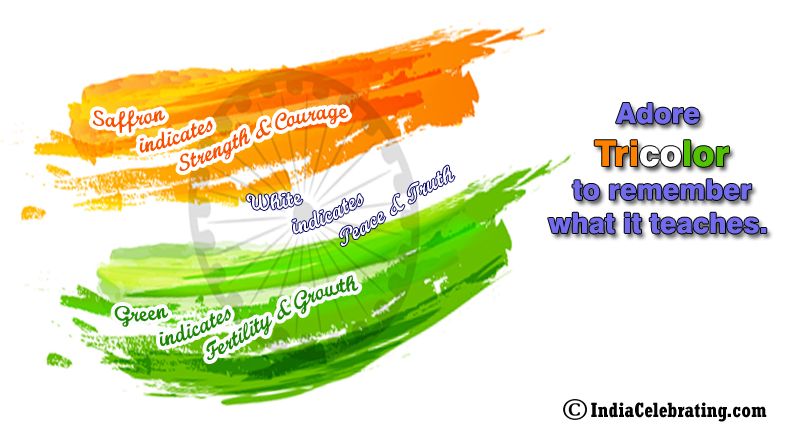 Adore Tricolor to remember what it teaches. 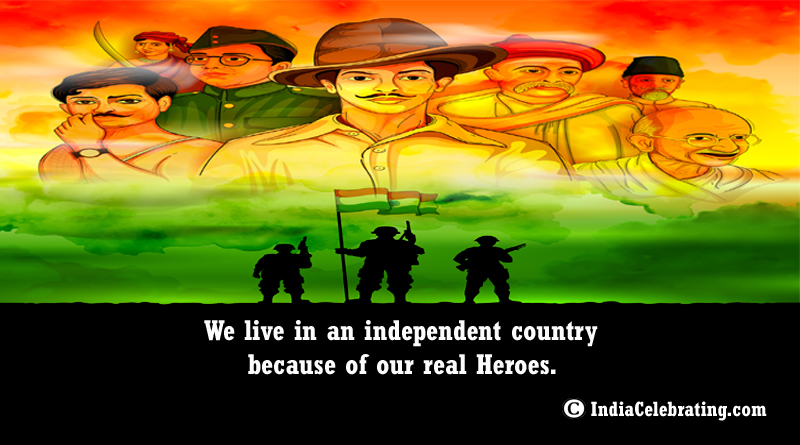 We live in an independent country because of our real Heroes. 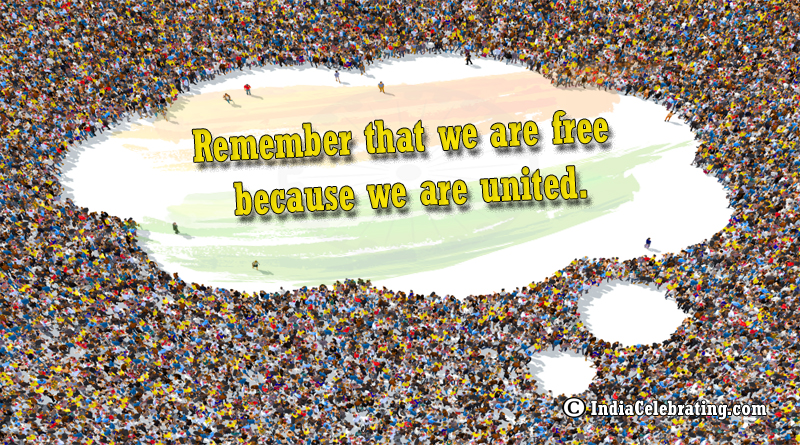 Remember that we are free because we are united.

Independence was achieved with high price; we can’t forget our martyrs’ sacrifice.

We are born in free India but not our freedom fighters. Respect them.

Understand the value of freedom and this is not something achieved at once.

Many freedom fighters sacrificed their lives, and then we got a nation to happily survive.

Being an Indian make me feel proud, I can shout it loud.

Many were tortured, many were shot, and this is how the freedom was got.

Freedom could never be achieved if India was not bestowed with such great warriors.

This celebration could be much grand if we had our freedom fighters to celebrate it along.

Dedicate your life to the nation; it is the best Independence Day celebration.

We are different by the religion but one by the nation. We love our India.

It is the day of celebration; let’s contribute towards the progress of Nation.

Have lots of fun, but make sure you sing “Jana Gana Mann”.

Many died for this freedom, we are lucky for we just have to preserve it.

Pay tribute to the real Heroes who sacrificed their life for our freedom.

We can unfurl the Flag as we live in an independent country.

We are lucky to live with freedom in 21st century because of our forefathers.

We can see the sunrise and we can hear the river water sound peacefully; as we have freedom.

The waving Flag in the wind is the symbol of our freedom.

We celebrate our freedom on Independence Day.

The freedom we live, has taken sacrifice of many lives.

I am proud to be an Indian and respect the culture of my country.

Our Flag looks so grand on this independent land.

Our Flag waves so high which tells the history of how many people died.

Independence Day tells the history of freedom of India.

Unite to stand in all good or bad condition of this land.

Whether it is sunny or rainy, let’s celebrate Independence Day of my country.

An independent country is a country full of rights for its citizens.

I feel proud for my country and happy to live in this gentry.

Independence Day is a special day for all Indians.

I am very grateful to them who fought for our freedom.

Today we are breathing freely just because we live in an independent country.

Unite and live together to maintain freedom in the future.

Freedom is the oxygen for any country and heart beat for its citizens.

Without freedom, life has no meaning.

It’s your right to enjoy the freedom but never forget the sacrifices of freedom fighters.

Freedom is freedom; it is precious and we cannot estimate its cost.

India is independent because of our forefathers; now it’s our responsibility to maintain its freedom in future too.

I love my India and respect its culture and tradition.

India is a golden bird and independence is its new wings.

We are flying into new zone of development only because India is independent.

Being citizens of an independent country we have right to freedom.

Being an Indian is the matter of proud.

Happy Independence Day to you all, celebrate it happily.

Be ready to sacrifice for the freedom of our country.

Freedom is must for any country to run its own government system.

Freedom is the soul of our country.

If you want freedom forever, never let go the freedom of country.

Independence is more valuable than anything else; protect it more than everything else.

It is a day to celebrate independence, with pride and confidence.

Celebrate the day with unity and pride; moving the nation further at a graceful stride.

Remember the freedom fighters and their courageous fray, on Independence Day.

Hoist the flag and sing national anthem; as two vital signs of our freedom.

Don’t only celebrate freedom, but also acknowledge the sacrifices made to gain it.

Independence was gained through revolutionary voices and millions of sacrifices.

We gave blood to gain independence; will give more to retain it.

Independence was gained by courage and sacrifice, of our countrymen, who didn’t compromise.